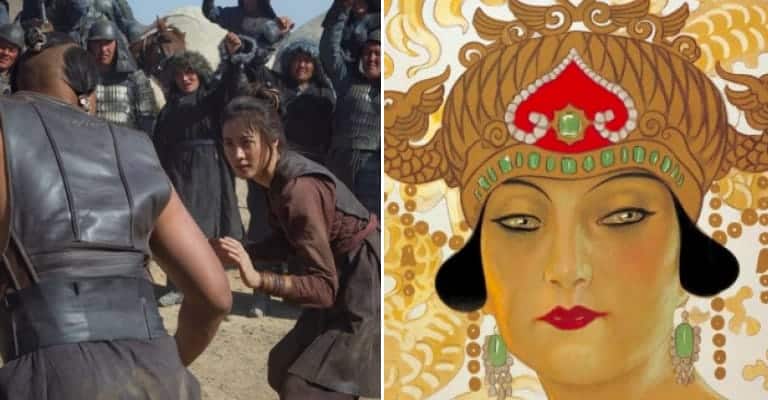 The Legacy of Khutulun

There is no written record of Khutulun ever getting married. Rumors were flying about the reasons why she remained single, just like they would with modern-day celebrities. Some people thought she was having an incestuious relationship with her father. (eew). But it’s far more likely that she was either a lesbian, or she knew that if she got married, she would have to give up her life as a warrior princess. After all, a heavily pregnant woman can’t exactly jump into battle at a moment’s notice. And how could she find time to raise small children if she was busy protecting her father’s kingdom?

Other rumors say that she was in love with one of her first cousins, and she could not marry him. They say that she simply had a broken heart, and decided that if she could not marry her cousin, she wouldn’t marry anyone at all. Over the years, Khutulun kept herself busy by riding by her father’s side and winning several battles. They even attempted to overthrow Kublai Khan together.

When Khutulun was in her early 40’s, her father was on his deathbed. Kaidu was surrounded by all of his children and wives. As he was dying, he said that he regretted never appointing Khutulun as the future leader before that day. He said that she was the strongest, and therefore the most worthy of having the leadership position. Not only that, but the soldiers genuinely respected her.

When he died, they didn’t know how to handle the situation. Unlike European cultures, the heir to a father’s throne was not given to the oldest son. It was given to the strongest. Since Khutulun was stronger than her brothers, it obviously made them jealous that they lose their inheritance to a girl. Her own brothers planned a plot to assassinate her, and she was killed before she had a chance to become the leader of the Mongols.

As the years went on, the story of Khutulun was told again and again all over Mongolia and China. The most popular story about her was the wrestling challenges in order to find a husband. Over hundreds of years, the story transformed into a modern-day opera called Turandot in the 1800’s. This was about a Chinese princess who refused to marry any many unless he could solve three complicated riddles. The true story of Khutulun is actually far more interesting, and her memory deserves to live on.