The Intriguing Past Times of Peasants in the Middle Ages

The Intriguing Past Times of Peasants in the Middle Ages 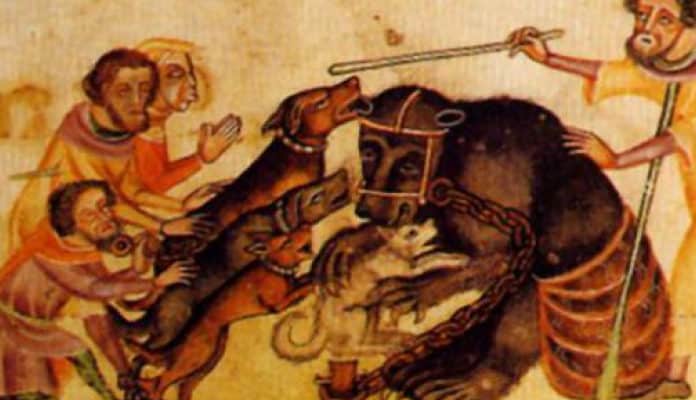 When we think of the Middle Ages, we usually think of knights and kings in castles. However, it’s estimated that around 85% of Europe’s population in Medieval times were actually peasants. Now, this doesn’t mean that they were all necessarily dirt poor and living in mud huts. The peasantry class encompassed everything from freemen who were able to make a (relatively) comfortable living right down to the lowest of the low, the landless serf.

Life was certainly tough for Medieval peasants. They toiled hard in the fields, usually for little or even no pay. But they had some free time, too. In fact, some historians estimate that, thanks to the fact they were employed doing seasonal work, some peasants only worked 160 days a year. So, what did they do in their downtime? Like the modern-day worker, they liked to relax and have fun. From sports to drinking and from gambling to sex, here are just some of the ways peasants spent their leisure time:

1. Archery was more than just a game for male peasants – a law said they needed to practice once a week

These days, archery is a minority sport. Not so in the Middle Ages. At that time, it was pretty much everywhere. While only nobles could engage in knightly pursuits such as jousting, archery was open to everyone. In fact, it was positively encouraged. Almost every peasant man would have been able to shoot at arrow at a target. And they did it regularly, and not because they had to.

In some European countries, all men aged between 15 and 60 were required to have a bow of their own. What’s more, weekly archery practice was compulsory, usually taking place on a Sunday after mass. In England, for example, the Archery Law of 1252, required that all lower-class males of fighting age be capable of using a bow and arrow. It also stipulated that each village have a ‘butt’, or a designated space for practicing archery. Alongside this, men would also hold competitions among themselves, though most town contests were reserved for the upper classes. These were even supported by the Church, which, as a rule, frowned upon gambling in every form.

As the Middle Ages progressed, other sports started to grow in popularity. In some cases, these were outlawed. Playing football, for example, became a crime punishable by prison. Kings were keen to ensure that the men under their command remained, quite literally, fighting fit, and to keep their archery skills up-to-speed. What’s more, in 1477, Edward IV even banned cricket after he learned that the new sport was interfering with weekly archery drills.

Evidently, such a focus on making archery the prime leisure activity of the peasantry worked. At the Battle of Crecy in 1346, for example, England’s archers used the skills they had honed in their village butts to defeat the French. At the end of that bloody day, the English lost just 50 men, while the French lost an estimated 2,000 soldiers, testament to the power of the longbow over the crossbow, as well as to the skill of England’s peasant bowmen.