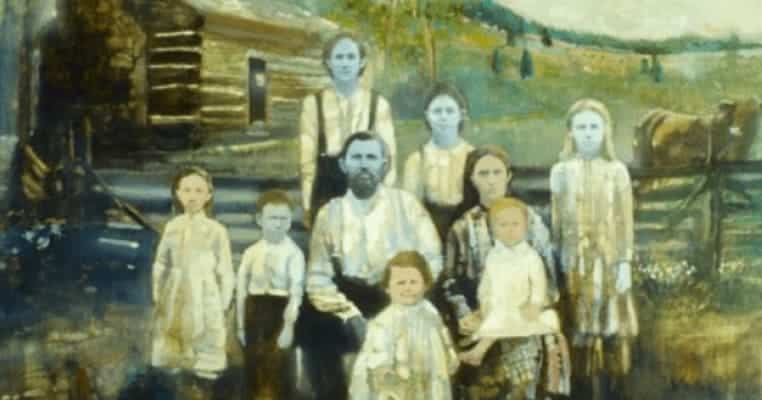 The Trait Lived on For Generations

In the 1900s, the Fugates were no longer forced to intermarry in their community and would find partners at work and school. The blue skin disappeared in the future generations of the Fugate family. The last descendent to be born with blue skin was Benjy Stacy in Lexington, Kentucky. Doctors were horrified to see that the baby boy’s skin was so blue, it was practically purple. They ran several tests and were getting ready to give him a blood transfusion when his grandmother jumped in to explain that she was from the Fugate line. Since Benjy was farther removed from the bloodline, and he had modern science on his side, his skin became a rosy shade of pink after only a month. Curiously, though, when he gets angry, or when it is cold outside, his skin begins to turn blue again.

Several Fugate family members were interviewed in a medical book called Traits and Fates, and all of them eventually came to accept the color of their skin to the point where it was normal. Benjy’s mother, Hilda Stacy, shrugged it off, saying, “It’s common. It’s nothing.” At least, to their family, it was to be expected, and they still loved and accepted each other. To them, all that mattered was that everyone in their clan lived a long and happy life.

Once Dr. Cawein published the case in a medical journal, journalists began to request interviews with Hilda Stacy, but they were always rude, asking very personal and judgmental questions about her family’s inbred history. Film crews from Hollywood attempted to bring in cameras to make a documentary, but they were met with angry, hungry guard dogs that scared them out of the Kentucky woods. Because of this, there are very few photographs that exist of the Blue Fugates, at least in the public eye. Dr. Cawein was truly lucky to have met Patrick and Rachel Ritchie and finally solve the mystery of the blue Fugates. After this, he was able to consult for a few isolated cases of blue-skinned people in the United States, and give them the tablets to change their skin color.

The case of the Blue Fugates was a perfect storm of rural backcountry mixed with rare recessive genes and in-breeding, and if this had only happened once, the story of the blue-skinned person would be written off as a thing of fairy tales and urban legends. It makes similar stories, like the Green Children of Woolpit, suddenly sound far more credible. If it’s possible for humans to have blue skin, why not green? We may never see another blue-skinned person born again in the future, but at least we have the Fugates to help us remember that it truly did happen.

Owlcation – Blue People of Kentucky: Why the Fugate Family Had Blue Skin?

Mental Floss – The Mystery of the Green Children of Woolpit

Ancient Origins – The Green Children Of Woolpit: The 12th Century Legend Of Visitors From Another World