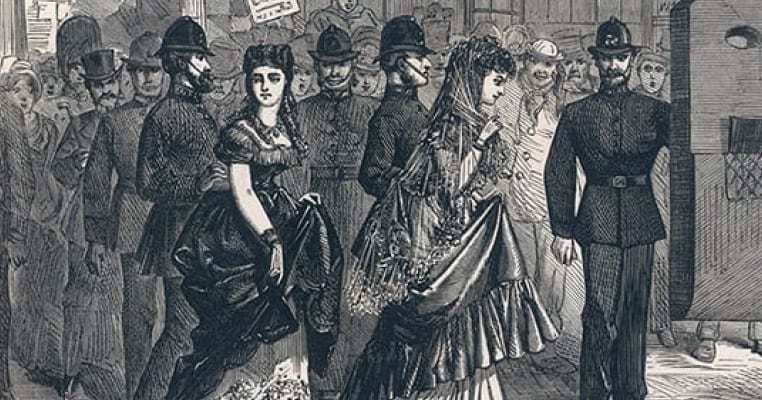 Boulton’s mother’s testimony destroyed the prosecution’s case: she admitted that her son’s lifestyle was no secret, and her honesty made the whole situation surrounding the case seem exaggerated. In the end, the only evidence that the prosecution had was that the men were cross-dressers; without proof of sodomy, the court released Boulton and Park after the jury found them not guilty. At the end of the trial, Sir Alexander Cockburn issued a scathing statement on the case: he criticized the attorney-general for failing to bring substantial evidence, and he attacked the police’s behavior toward the defendants.

Boulton and Park returned to their anonymity after the trial: Park moved to the United States, where he died in 1881. Boulton went on tour as a female impersonator; he died of a brain tumor in 1904. The legacy of Fanny and Stella lives on in popular culture, with a recent resurgence in recent years. Over the past ten years, plays such as Martin Lewton’s Lord Arthur’s Bed and Neil Bartlett’s Stella have introduced Ernest Boulton and Frederick Park to new audiences. While it is mostly unfamiliar to us today, the trial was an open legal attack on homosexuality, becoming the first of several cases that would ostracize the gay community.

In 1885, the British Parliament passed section 11 of the Criminal Law Amendment Act, which criminalized “gross indecency,” which allowed the courts to prosecute homosexuals in cases where there was no proof of sodomy. Within the next ten years, the Cleveland Street scandal exposed an all-male brothel frequented by upper-class and elite patrons, and the playwright Oscar Wilde served a jail sentence of hard labor for his relationship with Lord Alfred Douglas. Although the first gay rights organization in England was formed in 1897, the British government did not legalize homosexuality until 1967.