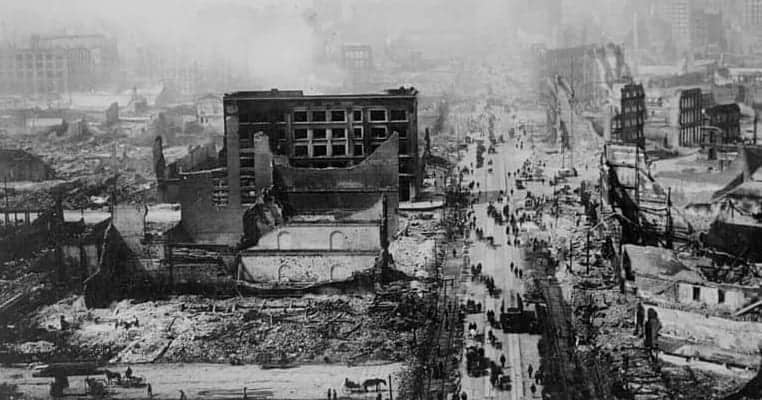 In October 1893 New Orleans was hit by a hurricane which became known as the Great October Storm. The storm developed in the Caribbean, rushed ashore in Louisiana, traveled across the states of the Deep South and emerged in the Atlantic Ocean on October 4, where it gradually dissipated. When the storm struck Louisiana near Grand Isle it carried winds of 135 miles per hour, making it a Category 4 storm. The small town of Cheniere Caminada bore the brunt of the storm surge when it came ashore, and of the town’s estimated 1,500 residents 779 lost their lives. The storm surge was estimated to exceed 16 feet, and the surf which it drove severely altered the coastline. After sweeping over the little village the storm swept across the Gulf States, destroying citrus and rice crops and creating the equivalent of $102 million in damage.

The storm weakened as it swept through Alabama, but it still packed a lethal punch as it moved towards the Atlantic coastline. High winds and heavy rains damaged crops, destroyed homes, caused flash floods, and took lives. Although the death toll was based on estimates in all of the states affected by the storm, it is generally agreed that at least 2,000 were killed, many of them in small, rural communities in the then segregated south. The Cheniere Caminada was one of the most lethal hurricanes to hit the United States, and the worst of the several storms which struck the United States that year in terms of the number of deaths inflicted. The surviving citizens of the town for which the storm is named did not rebuild their community, which was literally wiped out, with only one structure standing after the storm passed through. All of the survivors relocated to other communities.

The Okeechobee Hurricane was one of the deadliest in history, causing great death and destruction in the Caribbean before striking the United States’ territory Puerto Rico and ultimately the American mainland in Florida. Formed off the coast of Africa in early September, by the 13th it became a Category 5 storm, having already taken more than 1,200 lives in Guadaloupe. Around six o’clock that day the storm struck Puerto Rico, still at Category 5 strength. The storm damaged more than 200,000 homes, completely destroyed more than 24,000, and killed at least 312 people as it ravaged the island with the ferocity of winds which exceeded 160 miles per hour. Once the storm was once again over the Atlantic and sweeping through the Bahamas it weakened to a Category 4, on a direct course for the Florida Coast. Half a million Puerto Ricans behind it were left homeless.

On September 17 the storm, still a Category 4, crashed into West Palm Beach Florida, with a storm surge which forced water out of Lake Okeechobee at its southern shore. The displaced lake water and the storm surge created hundreds of square miles under water at depths of up to twenty feet. The storm turned to the northeast, reentered the Atlantic, and made another landfall at Edisto in South Carolina. It spent most of its fury in Florida, by the time it struck Edisto it was at Category 1 strength, and it quickly dissipated over the Carolinas. In total the storm killed over 4,000 people in the Caribbean and the United States. About 2,500 of the fatalities were on the US mainland, the vast majority of them killed by the flooding from Lake Okeechobee in Florida.

Originally the official death toll from 2017’s Hurricane Maria was announced as 64, in Puerto Rico. A study by George Washington University later altered the number of deaths which were caused by the storm and its aftermath to 2,975 in Puerto Rico, and the total number of deaths throughout the Caribbean and in the US mainland to have been 3,057, including four on the US mainland. After crushing the island territory of the United States landfall was projected to be on the coast of North Carolina. Maria instead turned off the Outer Banks, though its sheer size caused massive rainfall along the East Coast, and high winds knocked out power to many residents of the Havelock region.

Rather than coming ashore on the US mainland, Maria turned back to sea, and as it crossed the North Atlantic gradually lost its strength. The initial death tolls were erroneously reported for several reasons, including the lack of consistency among medical professionals in filling out death certificates. The George Washington University study used the statistical process of excess mortality to determine both the direct and indirect fatalities which were caused by the storm in Puerto Rico. The four deaths attributed to the storm on the US mainland were all drownings, with three caused by rip currents created by Maria claiming the lives of swimmers at the Jersey Shore. The fourth was a similar event in Florida.

16. The San Francisco Earthquake and fires of 1906

The earthquake which struck the city of San Francisco on April 18 1906 was a catastrophic event which led to more than 80% of the city being destroyed either by the damage from the quake itself or from the fires which erupted throughout the city. More than three thousand citizens were killed, though some believe that the death toll was much higher, with many residents of Chinatown not counted among the dead. It remains the largest natural disaster in terms of loss of life in California’s history. Recent research moved the epicenter of the earthquake offshore, after years of belief that the center of the quake was in the vicinity of Olema, in Marin County. There were deaths outside of San Francisco as well, often not included as having died in the disaster. The vast majority of the fatalities were within the city however, and nearly two-thirds of the city’s population were left homeless.

Refugee camps were established and run by the United States Army. Some of the camps remained open for more than two years as the city was rebuilt. The many fires triggered by the earthquake destroyed much of the rubble, but they also destroyed wood and other building materials which otherwise could have been salvaged. Many businesses, tired of waiting for the needed materials to resurrect their firms, simply relocated to Los Angeles and other communities. San Francisco had been the biggest city on the West Coast (and the ninth largest in the nation) when the earthquake struck, a status which it never regained. Fighting the fires was hampered by the death of the city’s fire chief, Dennis Sullivan, who died of injuries he sustained during the earthquake itself, leaving the city’s firefighters leaderless. Broken water mains further hampered them, and many who survived the quake died from the fires as they were trapped in damaged buildings.

17. The 1899 San Ciriaco hurricane was the longest lived Atlantic hurricane in history

The 1899 Atlantic hurricane which was also known as the Great Bahamas Hurricane and the 1899 Puerto Rico hurricane formed in early August of that year, being first observed off Cape Verde on August 3. By August 7 the storm was creating damaging weather conditions in the Caribbean, smashing across Puerto Rico on August 8, after which it approached Florida, leaving behind several Caribbean islands in a state of devastation. By August 14 the storm was off the coast of Florida when it turned to the northeast, headed back out to sea, before turning again, aimed at the Outer Banks of North Carolina. On August 17 the hurricane, at Category 4 strength, made landfall near Hatteras. The following day the storm turned back out to sea.

Fatalities from the storm are estimates, though at least 3,500 deaths were attributed directly to the storm, with many more later dying of injuries sustained. The storm continued to wander the Atlantic in the general direction of the Azores, where more deaths were blamed on the hurricane. Several ships were lost at sea as the storm threatened the sea lanes. In North Carolina there were more than two dozen deaths, Virginia reported casualties and heavy damage from high winds, and a considerable loss of livestock due to flooding along the James River and its tributaries. At least 3,300 were killed in the new American territory of Puerto Rico, ceded to the United States by Spain only the year before the San Ciriaco hurricane.

The deadliest natural disaster of American history was the Galveston hurricane of 1900, a storm of such intensity that it swept from Galveston, Texas, to eastern Canada. The storm struck the island of Galveston and covered it with a storm surge which placed the island under more than 12 feet of water. Landfall took place on September 9, and by the following day the formerly Category 4 storm had dropped in strength to a Category 1. Four days later the storm, which strengthened again as it traveled across the American Midwest to New England, appeared over the Newfoundland region of Canada, where it continued to sow death and destruction. Almost three hundred died in Canada from the storm, which though no longer a hurricane when it arrived there remained a killer.

The Galveston Hurricane killed an estimated 6 to 12 thousand people in the Caribbean, United States, and Canada. As many as eight thousand were killed in the town of Galveston alone, which found itself inundated with water in a matter of minutes. Galveston was a major center of trade and commerce prior to the storm, a status which it never recovered as trade shifted to Houston. Surviving buildings in Galveston were raised in elevation using the technique of pumping sand beneath their foundations. The entire city was effectively raised more than ten feet, some buildings as much as seventeen feet. The city also built a 17 foot seawall to protect the resurrected community. In 1915 another hurricane struck the island, and though 53 citizens of the town were killed, the number of dead was miniscule compared to the disaster of 1900.

“A look back at the disastrous Great New England Hurricane of 1938”. Matthew Cappucci, The Washington Post. September 21, 2018

“As Terrible As Harvey Is, The Galveston Hurricane Of 1900 Was Much, Much Worse”. Kevin Murname, Forbes Magazine. August 27, 2017