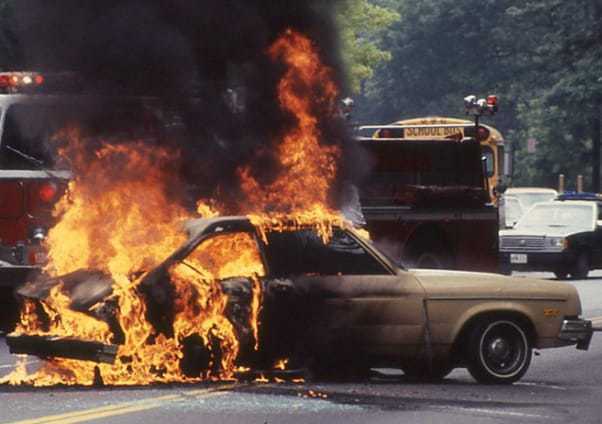 The scandal with the Chevrolet engine mount was not that it was particularly deadly or that it was a problem, but that everyone knew there was a problem with the car but no one did anything for three years. The problem stated in 1969 when General Motors received reports of 172 failed motor mounts. These failures had resulted in 63 accidents and 18 injuries. Instead of addressing the issue, GM just let it go. Reports then started coming into the National Highway Traffic and Safety Administration.

They found that there was a failed motor mount in Chevrolet cars that could potentially led to death if a certain chain reaction occurred or during an accident caused by the failed mount. No one did anything and left it as it was for three years.

Finally in 1971, the media started to notice that there was a problem and that it was not being addressed by GM. With more and more people talking about the issue, GM decided to do a recall in December 1971. 6.5 million cars were recalled and fixed. Strangely enough, GM did not say that the recall was due to a safety issue but rather due to the “mounting publicity” that the issue was being given. It seems that would never have addressed the problem if the media had not spoken up.

It turns out that the engine mount used the in 1965 to 1969 Chevys had the potential to completely collapse at full speed. This would torque the engine out of position and then would place too much stress on the throttle body linkage. The end result was unintended acceleration. Another potential problem was that the movement could twist the automatic transmission out of place rendering it impossible to shirt the car into park. As part of the investigation, GM admitted that they had been using the same mounts since 1958. It only became a problem with the horsepower and engine displacement ramped up in the 60s making the 1958 engine mount undated and unable to handle the extra stress.

The Takata Corporation of Japan has been responsible for some of the largest automotive recalls in history. The first major recall came in 1995 when the NHTSA announced that more than 8 million Japanese vehicles made between 1986 until 1991 would be recalled in order to replace the seat belts. An investigation by the administration looked into numerous complaints made by Honda owners that complained their seat belts did not latch or that they released during accidents or without notice. This was a deadly problem, and the investigation found that it was much bigger than they initially anticipated.

The initial investigation only focused on Honda vehicles, but it was later found that other Japanese imports featured the defective belts. In total, 11 manufacturers were affected and many of them chose to offer lifetime warranties for seat belts on their cars in addition to performing the required recalls. At first the manufacturers were not as cooperative some of the blaming the defect on user error.

But a nine-month investigation determined that parts of the seat belt were made from ABS plastic. This plastic would become brittle and break after prolonged exposure to ultraviolet light. The broken pieces would then get jammed in the latching mechanism of the seat belt.