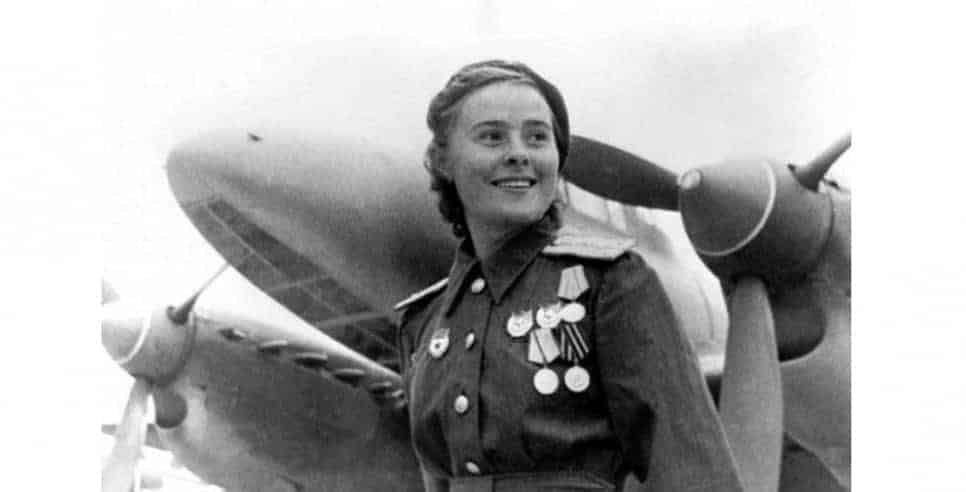 Princess Noor-un-Nisa Inayat Khan was born in 1914 and was the descendant of Tipu Sultan, the 18th century leader of the Kingdom of Mysore. Her father was a noble Indian Muslim man who lived in Europe and worked as musician and teacher. Prior to World War II, she attended school and made a career for herself writing poetry and children’s stories in France. After the fall of France she fled with her family to England in June 1940.

Inayat was a pacifist and wanted to stop the Nazis, so she joined the Women’s Auxiliary Air Force in November 1940. She was trained as a wireless operator and then assigned to a bomber training school in 1941. She was eventually recruited into the F Section of the Special Operations Executive. But her training was never completed, as her superiors were unsure if she was suitable for espionage.

Inayat spoke French and was trained in wireless operation. There was a shortage of trained agents so she was flown into France in June 1943. Khan traveled to Paris and joined the Physician network. Just a month and a half after she had joined, all other radio operators in the network were arrested along with hundreds of other resistance members. With the dangers facing her, Khan was offered passage back to Britain but she refused, staying behind as the only wireless operator still working in Paris.

She managed to avoid capture even with wireless detection vans constantly following her, and she became the most wanted British agent in Paris. She was arrested in October 1943 after being betrayed by someone in the organization. She attempted to escape the next month, after which she was sent to Pforzheim, Germany, where she was kept shackled for 10 months. Despite being beaten and starved, Inayat never revealed any information, and was executed at Dachau on September 13, 1944.

Jannetje Johanna Schaft was born in 1920 in Haarlem and was a student in Amsterdam when Holland capitulated to the Germans in 1940. While still studying, she began committing little acts of resistance against the Germans. She started off going to swimming baths in order to steal identity cards which she could then distribute to her Jewish friends. Then she graduated to stealing weapons from the Germans and distributing pamphlets.

Eventually all university students were required to sign declarations of allegiance to the Germans in order to continue with their studies and Schaft refused. Unable to stay at school she moved back to live with her parents and decided to increase her involvement with the resistance. In 1943 she joined the communist resistance group Raad van Verzet. She started off gathering information and helping fugitives but soon her role within the group increased. She started going by the name of Hannie Schaft during this time.

She got a reputation for being willing to undertake missions that were considered too dangerous for women. Schaft took part in sabotage, weapon transports, and the liquidation of collaborators. She even learned German and would interact with German soldiers during her missions. Her reputation within the resistance and among the Germans grew and she found herself wanted by the Gestapo. The Germans knew her only as “the girl with the red hair” until her true name was revealed to the Germans by a captured resistance member.

To continue working with the resistance and to avoid capture, she started dying her hair black and wearing large glasses. As the war progressed her resistance efforts only grew until her capture in March 1945. The resistance made several plans to rescue her but none were successful. She was held in Amsterdam with the Germans having no clue to her identity, until her red roots began to grow out. Upon realizing they had “the girl with the red hair,” her captors executed her.