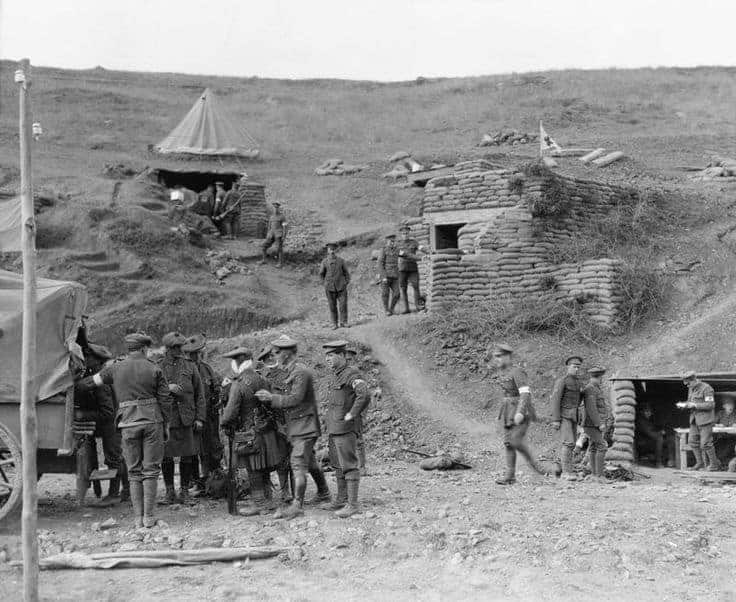 The French Were Against an Offensive on the Macedonian Front

From the moment that they lost their homeland, the Serbians were ready to launch an offensive to get it back. The French were less than eager to start a huge offensive on the Macedonian Front because they believed that victory on the Western Front was more important and they wanted to protect their own homeland. The Serbian Army had been forced to evacuate by sea and then come back on land to form a front line in Allied territory.

From the moment they had been chased from their homeland, they wanted to go back and reclaim it. The problem was that since they were kept from their own home they had no way to supply their army and completely depended on the French for supplies and to keep up their artillery.

The French, however, where unwilling to expend their resources on the Balkans because they saw it as far less important than what was at stake on the Western Front. Prime Minister Georges Clemenceau wanted to keep the resources and the men he had for the fighting in Western Europe. The French decided to let the Serbian artillery fall into disrepair over the two years on the same front line. They insisted on the French manning the heavy weapons and leaving the Serbians to handle the light artillery and trench mortars.

Finally, in 1918, the Serbians got their wish as the Allies decided that it was time for a massive offensive on the Macedonian Front. The French finally took the time to repair and supply the Serbian artillery and to properly outfit the troops. There is no way of knowing how the battle and the war might have turned out if the French and the rest of the Allies had been willing to plan an offensive earlier, but it was a huge turning point by the end of 1918.

The Battle Led to Bulgarian Surrender

The Battle of Dobro Polje came at a very tenuous time for the Bulgarian army. They had spent years living in trenches in enemy territory. Morale was already low before the battle began and the soldiers were losing faith in the war and in their own country. Once the artillery shells starting falling and the infantry started advancing upon them, soldiers in the Bulgarian army started to desert en masse. They had poor supplies and were tired of fighting and instead of giving their lives for a cause they did not support and a country that was no supporting them, they chose to leave.

A large group of deserters reached the town of Kyustendil on September 25. They started looting the city and this caused the Bulgarian High Command to flee, fearing an attack by the rampaging soldiers. The rioting soldiers then met up together at the railway center of Radomir which was just 30 miles from the Bulgarian capital of Sofia.

With their own country in chaos and the fear of an Allied invasion, the Bulgarian delegation traveled to Thessaloniki to ask for an armistice. On September 29, just 15 days after the start of artillery shelling on Dobro Polje, General d’Esperey granted the Armistice of Salonica to the Bulgarians.

Louis Franchet d’Esperey was a French General who was career military man. He was the son of a cavalry officer and was educated at Saint-Cyr. After graduating he was assigned to a regiment of Algerian Tiralilleurs. He served in French Indochina, China, and Morocco. In 1913 he was made commander of I Corps.

In the first year of the war, Franchet d’Esperey proved himself as corps commander during the Battle of Charleroi. He was also able to rally his I Corps to a successful attack at the Battle of the Guise. His skill as commander of I Corps earned him the position of Commander of the Fifth Army. He found that the best way to rally his men to perform was to act the tyrannical leader, despite the fact that he was actually a rather kind man. He would threaten to shoot any man who did not do his duty.

His defeat had him removed from the Western front and sent to command the Allied Army of the Orient at Salonika. In September 1918, he was in command of a very large army that consisted of allies from Greece, France, Serbia, Britain, and Italy. It was during his time as commander of the Allied Army of the Orient that he was given the name “Desperate Frankie” but British soldiers who were not quite able to say his name properly. Whether or not Franchet d’Esperery really was desperate for a win after his defeat against the Germans, he did succeed in collapsing the Southern Front and making it all the way to Hungary.