On This Day In History: Nazis begin deporting Jews From The Warsaw Ghetto (1942) 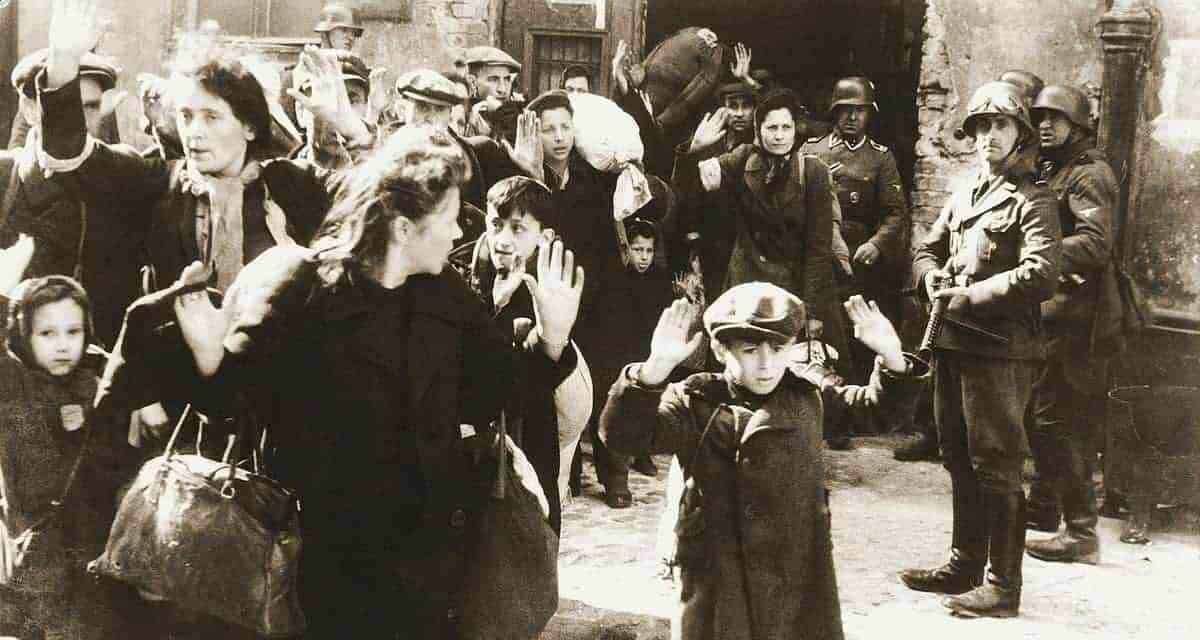 On This Day In History: Nazis begin deporting Jews From The Warsaw Ghetto (1942)

On this day in history in 1942, the Nazis began the deportation of Jews from the Warsaw ghetto. In 1939 all the Jews in the city had been confined in a ghetto. On the 22nd of July, the Germans began to round up men, women, and children.

The deportation was ordered and supervised by Heinrich Himmler one of the most powerful men in Germany and a ruthless and fanatical follower of Hitler. After visiting Auschwitz and witnessing the gassing of some 2000 Jews, he ordered the deportation of Jews from the ghetto in Warsaw. The ghetto was formed by building a wall and using barbed wire to isolate it from the rest of Warsaw. Jews could not leave the ghetto were threatened with execution.

Ghettoes had once been common in the Middle Ages but they had been demolished in the late eighteenth or early nineteenth century. However, the Nazis revived the practice.The Warsaw Ghetto was notorious and countless people were crammed into a small space where they died of hunger and disease.

However, the Nazi came to dislike the Ghettoes and they decided to embark on a campaign to exterminate the Jews. This came to be known as the Final Solution.

Within two months of Himmler’s order, more than a quarter of a million Jews were taken from the ghetto. They were all destined for Auschwitz and they were carried there by train, crammed into cattle cars. When they arrived at Auschwitz they were separated according to their gender. Those deemed physically fit were kept and forced to work as slave workers. The remaining people were stripped of any valuables and their clothes. The Nazis told them that they were being sent to a shower room, where they would be cleaned and de-loused. In fact, the showers were gas chambers. They were guarded by the SS and Ukranian guards.

The victims were then sent to the bathhouse and they were locked inside. The Nazis waited outside to ensure that no-one escaped. After a few minutes inside the Germans released gas canisters into a system that distributed it all around the ‘bathhouse’. The victims had no choice but to breathe in the poison gas. Usually, no one survived the gas and anyone who did was instantly killed by guards. The dead were then taken from the gas chambers and they had their gold teeth removed and in some case their hair.

By the end of the war, between 700,000 and one million would die at Auschwitz complex, in the gas chambers. The commander of Auschwitz Rudolf Hoess was captured after the war and was hung by the Polish authorities.