Rise Up Against Evil: 8 Tales of German Resistance in World War II 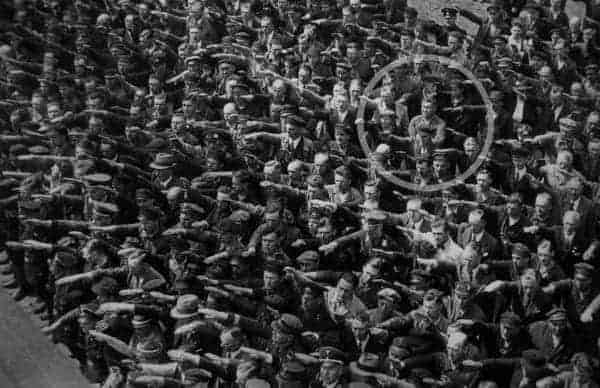 Rise Up Against Evil: 8 Tales of German Resistance in World War II

Robert Uhrig was a journeyman toolmaker who joined the Communist Party of Germany (KPD) in 1920. He worked at the Osram company and joined the KPD workplace cell. He took leadership of his cell in 1933. That same year, the Reichstag Fire Decree was signed into law and in effect outlawed all political parties but the Nazi party. By June of 1933, more than half of the KPD district leaders were in detention alongside thousands of other communists.

In 1934 Uhrig was arrested and sentenced to hard labor but was released in the summer of 1936. He quickly went underground and began working with the Berlin KGB. By 1938 he was running a network of resistance groups which existed in over 20 factories in Berlin. This became part of one of the largest anti-fascist resistance organizations in Berlin.

Uhrig was in regular contact with other resistance groups, including the famed Red Orchestra. In 1940-1941 he started working with Beppo Romer. It was Uhrig and Romer who published an underground paper which was one of the most important resistance newspapers during the war. The paper told of the economic and military situation and called for acts of sabotage.

In 1941 the Gestapo got the upper hand by infiltrating the Robert Uhrig group with informers. In February 1942, Uhrig and 200 others were arrested for their work within the group and trying to subvert the Nazi regime. Uhrig was sent to Sachsenhausen concentration camp. He was sentenced to death on June 7, 1944 and the sentence was carried out on August 21, 1944 by guillotine.

Herbert Baum was born in 1912 and moved to Berlin when he was young. By 1926 he was an active member in a number of left-wing and Jewish youth organizations. When the National Socialists took power, he and his wife Marianne Baum joined with their friends Martin and Sala Kochmann to hold meetings that discussed how to deal with the threat of the Nazis. They met in either the Kochmann drawing room or within the apartments of different members.

Herbert Baum was made chairman of the group which consisted of as many as 100 people most of whom were in their early 20s or younger. The group would hold political debates and cultural discussions, they also handed out leaflets that spoke out against National Socialism. The group became more determined when in 1940 Herbert Baum was taken and forced into slave labor at the electromotive works of the Siemens-Schuckertwerke.

In 1942 he became the head of a group of Jewish slave laborers at the plant who, fearing deportation to the concentration camps, went into the Berlin underground. Herbert Baum has been described more as a loyal communist to the Soviet Union and less concerned with the plight of the Jewish people. Yet the majority of the members of his group were Jewish, and it was an attack on an anticommunist and anti-Semitic propaganda exhibition that they were most known for.

On May 18, 1942, Joseph Goebbels was showing his exhibition that was filled with the propaganda of the Nazi party. Herbert Baum and his group attempted burn down the entire exhibition but they were only somewhat successful. Soon after many members of the group were arrested and 20 of them were sentenced to death. Herbert Baum was arrested on May 22 and was tortured to death, dying on June 11. Marianne Baum was executed on August 18, 1942.

The Saefkow Jacob Bastlein organization was one of the largest resistance groups in Germany by 1944. It was formed by Communist party official Anton Saefkow and Franz Jacob, who had fled Hamburg to go to Berlin in order to escape arrest. Bernhard Bastlein also helped form the group after an air raid on Plotzensee Prison made it possible for him to escape in January of 1944.

The group put their focus into gathering information from foreign newspapers and Moscow radio broadcasts in order to share them with everyday Germans. They created the Free Germany movement which worked with people in factories, military units, opposition parties, and many others until their group grew to include hundreds of people. They wanted to unify the resistance groups that were spread out across Germany and give them the central leadership that they were lacking.

The 500 members of the Saefkow Jacob Bastlein group came from all walks of life and included men and women. They wanted to create a group that was big enough and strong enough to pull off acts of sabotage and other acts that would bring about the end of Hitler. The group even published their own magazine that gave the resistance information from the international world that the Nazis were keeping from the people of Germany.

In 1944 the group was betrayed. They had planned a meeting with members of the Kreisau Circle for July 4, 1944. However, when Saefkow, Jacob, and Adolf Reichwein (a member of the Kreisau Circle) arrived at the meeting place, they were met by the Gestapo. Bastlein had already been arrested in May of 1944. All three men were sentenced to death on September 5, 1944. Another 280 members of the group were also arrested. Of those arrested, 104 either died in concentration camps or were executed.

There were different groups for the different regions and they would all have their own style of dress and their little badge to distinguish which group of Edelweiss Pirates they belonged to. On Nazi official in 1941 reported that there were more Kittelbach Pirates than Hitler Youth and that they were known to beat up the patrols. They were strongly against the authoritarian nature of the Nazi party and largely resorted to petty provocations as a way to rebel.

When the war started, the group took on a larger role by supporting the Allies and giving assistance to men who deserted from the German army. They would even gather up the propaganda leaflets dropped by the Allies and stuff them into people’s letterboxes. They declared eternal war against the Hitler Youth and would often ambush their patrols to beat them up.

The Nazi response was harsh. They would round up boys known to belong to the groups and shave their heads in order to shame them. In some cases, the pirates would be imprisoned or sent to concentration camps. In 1944 a crackdown of the group led to six of the teenagers being hanged. Despite this they never lost their spirit and continued helping deserters and anyone hiding from the Third Reich.

Between February 27 and March 6, 1943, a group of non-Jewish Germans protested outside of the Jewish community building at Rosenstrasse 2-4 in Berlin. At the center, 2,000 Jews had been imprisoned, comprised mostly of the Jewish husbands of non-Jewish women and the male children that came from the mixed marriages.

Their wives, many of whom had formed close connections even before the war, started showing up at police stations asking why their husbands had no returned home. As the women learned where their husbands and relatives were being held they started showing up at Rosenstrasse to demand their return. One man being held said that on the first night after the arrest there were perhaps 200 people gathered and the crowd just continued to grow throughout the night and into the second day.

The crowd grew by the hundreds and the women all shouted they would not leave until their husbands had been returned. It was their last stand and even under threats by SS guards they refused to stand down. The station near Rosenstrasse was closed to prevent the arrival of more protesters but the women just walked. On March 1, the protests broke up due to the need to take shelter during a British air raid. To the shock of the Nazi authorities the protests resumed March 2 and were larger than ever.

Women and children, even as guns were held to their heads, refused to leave or back down. The SS were ordered not to shoot because the protests were not viewed by Joseph Goebbels as political, but rather as women desperate to keep their families together. On March 5, men in SS trucks threatened the crowd with automatic weapons but still they remained. On March 6, all of the people imprisoned at Rosenstrasse were ordered to be released by Goebbels, finally ending the protests and going down in history as one of the most substantial acts of resistance in Germany against the Nazis.