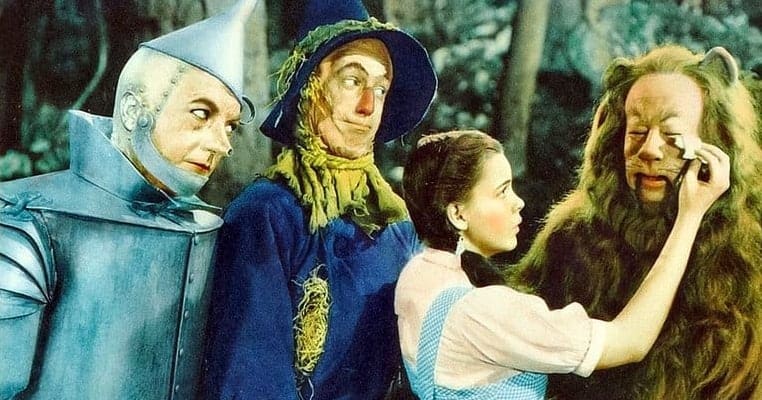 23. The legends of Munchkin misbehavior began while still filming in 1939

Urban legends and myths about the actors portraying the Munchkins began before the film wrapped in 1939. Most of the actors were booked into a hotel in Culver City. According to Mervyn LeRoy, the police were in the hotel on an almost nightly basis. Judy Garland told Jack Paar in a 1967 interview “They were drunks”. Bert Lahr also added to the tales of miscreant Munchkins, complaining they weren’t professional performers, but made their living, “panhandling, pimping, and whoring”.

As the end of the 20th century loomed and more and more of the participants in the filming of The Wizard of Oz passed away, surviving actors who portrayed Munchkins in the film took steps to alter their salacious reputation. The sheer number of stories from contemporaries indicates the revisionism of this view, and all indications are that the legends of the Munchkin’s misbehavior have some basis at least in truth.

24. The Wizard of Oz was roundly panned by some critics

When it was released some critics loved the film and gave it positive reviews, others panned it. The New Republic wrote that though the film presented characters sure to be attractive to its audience, including a Wizard who was by his own admission not a very good one, “… the picture doesn’t know what to do with them, except to be painfully literal and elaborate about everything”. The review stated the film, “weighs like a pound of fruitcake, soaking wet”.

The review referred to the Winged Monkeys as “Things with Wings”, praised Judy Garland but panned nearly all of the rest of the cast (except Morgan) and was generally dismissive of the entire project. The New York Times review said that, “…any reviewer who would look down his nose at the fun-making should be spanked and sent off, supperless, to bed”. The review in the New Republic was proven wrong over time as the film became an American icon.

25. The Flying Monkeys is a name which Baum’s Winged Monkeys acquired over time

In the Oz books, starting with The Wonderful Wizard of Oz in 1900, the Winged Monkeys are free creatures until eventually enslaved by the Wicked Witch of the West, who used them to conquer the Winkies, through the use of a talisman called the Golden Cap. In the film the winged monkeys are led by Nikko, the only one addressed by name (by the Witch when she orders him to take his army to the Haunted Forest and capture Dorothy and Toto).

Baum only mentioned the Winged Monkeys in one of the subsequent Oz books, The Marvelous Land of Oz. In neither the books nor the 1939 film are they referred to as Flying Monkeys, though that is the name by which they are most commonly referred to today. Patrick Walshe, an American circus performer and animal impersonator portrayed Nikko in the movie. Viewers of the film who saw the credit to Patrick Walsh as Nikko often believed it referred to the Winkie who cried, “Hail to Dorothy” once the Wicked Witch of the West was dead.

“The Making of The Wizard of Oz: Movie Magic and Studio Power in the Prime of MGM”. Aljean Harmetz. 1998

“Judy Garland Was Put on a Strict Diet and Encouraged to Take ‘Pep Pills” While Filming ‘The Wizard of Oz'”. Colin Bertram, Biography.com. May 24, 2019

“Inside the Search for Dorothy’s Slippers”. Monte Burke, Forbes. December 3, 2008

“The Munchkins Remember: The Wizard of Oz and beyond”. Stephen Cox. 1989