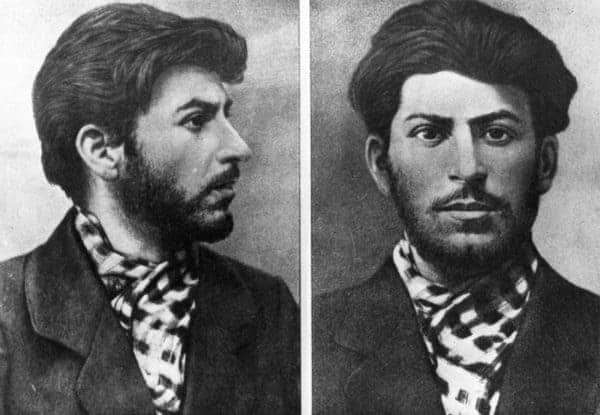 At around 10:30 in the morning the convoy approached the busy main square of the city when the one of the revolutionaries gave the signal to begin the raid. Grenades ripped through solders, horses and civilians causing widespread panic. The blasts were so powerful they collapsed nearby chimneys and shattered windows for considerable distances.

Chaos ensued as wounded and panicked horses pulled the stagecoach away from the blasts. Undeterred, one of the revolutionaries threw another bomb, ripping a horse to pieces thereby stopping the coach in its tracks. Grabbing most of the money, the conspirators rode away in their own carriage. Stopped by police as they were fleeing, one of the robbers convinced the police he was a cavalry captain, successfully outwitting them and fleeing the scene with roughly 341,000 rubles, worth over 3 million dollars in today’s money.

They left behind a massive amount of carnage. Though official Russian newspapers, interested in keeping the population calm, claimed only three people died, documents discovered later show that the number was much higher, at roughly forty dead, along with large amounts of property damage and animal suffering.

But what was Stalin’s exact role? Like much of Stalin’s behavior, it is shrouded by layers of lies, rumors, and purged information. Some accounts say he participated in the actual robbery, while most others state that he watched his master plan unfold from a safe distance, allowing others to assume the deadly risks he concocted. What is now certain is that the he was the man in charge of planning and organizing this blood-soaked crime.

And what happened to the cash? Did the blood money help fund the early activities of a movement that would later enslave entire countries and murder countless millions? A small portion of the loot, was made of small bills and used immediately while the bulk of the money was unable to be spent in Russia because the serial numbers of the larger bills were known to banks.

Anyone attempting to exchange the bills for smaller ones would be immediately arrested. Lenin and his conspirators tried to exchange the money in other countries. Some were even attempted to be exchanged as far away as America, but most attempts ended in disaster and the remaining notes were said to be burned.

Even within revolutionary circles this murderous robbery was usually received poorly. The event led to isolate people like Lenin and Stalin from other revolutionaries. However, their isolation did not last as the actions of these Bolsheviks eventually led to the collapse of Tsarist Russia and the ascendancy of Communism. Under men like Stalin, communism led to the suffering and death of tens of millions, making the butcheries of his youth seem as insignificant as his self-indulgent poetry.