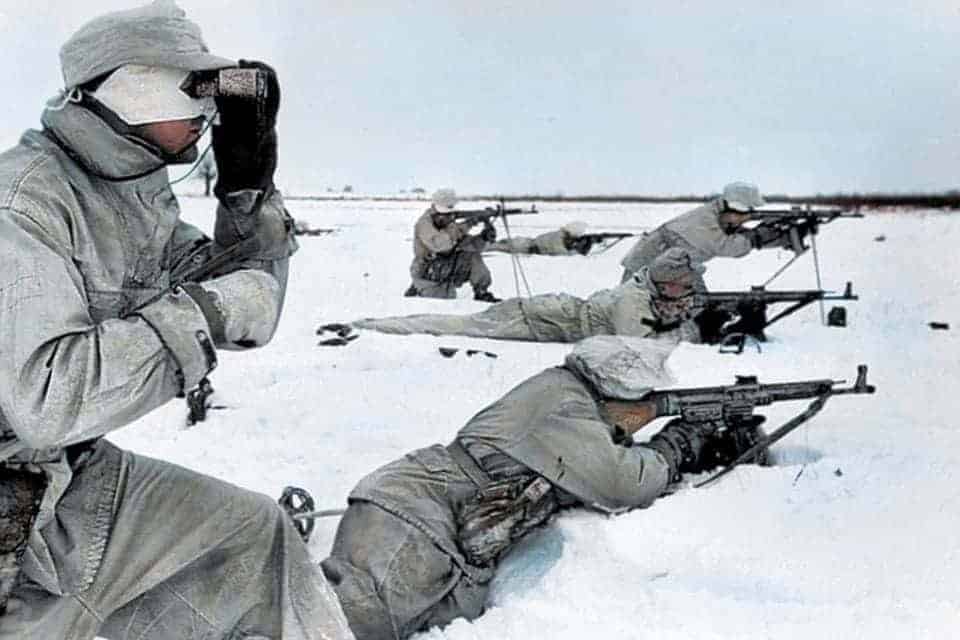 Washington’s Retreat at the Battle of Long Island

The Battle of Long Island, sometimes called the Battle of Brooklyn, was a British attack on George Washington and his troops. After the British left Boston in March 1776, Washington believed that their next target would be New York. By April 1776, Washington and his army, nearly 20,000 strong, were in Manhattan. The Americans waited on the British all through June. He had a viable plan to defend New York, but that plan spread his resources too thin, and the defenses were inadequate.

British General William Howe arrived with 400 ships and 32,000 men in early July. He offered the rebels a pardon; it was immediately declined by Washington. While Washington still expected an attack in Manhattan, he sent more troops into Brooklyn, led by able men. In total, 4,000 men were place in Brooklyn Heights on Long Island.

On August 27, fighting intensified throughout the region. American forces were heavily outnumbered. On the afternoon of August 27, Howe halted the fighting and prepared to dig trenches around the American troops, surrounding them.

Before the trenches could be completed, and the men surrounded, Washington ordered their retreat. He sent coded messages suggesting reinforcements would be crossing the East River. In fact, these were orders to prepare as many vessels as possible for the evacuation.

Unit-by-unit, the men were rowed across the river, under the cover of darkness, and drenching, heavy rain. As the sun rose, with men still left on Long Island, a heavy fog landed over the river, and shielded the men crossing it. The cover of fog provided time to get the remaining men to safety and to retreat. Washington was, according to reports, the last man to leave Brooklyn.

In nine hours, Washington and his men successfully evacuated 9,000 men, their supplies, and cannons from Long Island. While military and logistic skill were both essential for the withdrawal operation, the drenching rain and the heavy, dense fog provided the cover necessary to preserve Washington’s army for its final victory.

Hailstorm of the French Revolution

Agricultural production in France had changed little since the Middle Ages, and was not particularly adequate for the needs of the French population. Over the course of the 18th century, the population of France had increased by around 40 percent, from 20 million to 28 million. There was not a comparable increase in agricultural productivity. The productivity of the depleted soil was generally poor, and weather events caused serious problems with famine and crop losses. There had been poor harvests in 1769, 1770, 1775, and 1776.

These years were followed by several good years, with relatively long, hot summers. Grain production was good between 1777 and 1781. The remainder of the 1780s were not so good. First, there was an overly long and wet winter, then two years of cold temperatures as the result of a volcanic eruption, and then drought. In 1787, the harvest was good, but in 1788, drought again struck. Little could be planted, and what was quickly died.

On July 13, 1788, much of France was dry, particularly in the north. Fields around Paris were struggling, but producing both grains and vegetables. That July day, Paris and the surrounding areas were hit with a massive hailstorm. According to reports, hail as large as quart-size bottles fell. This hailstorm destroyed the few crops growing in France. The winter that followed was unusually cold, and floods came that spring.

By the spring of 1789, famine was a serious threat. The government began a plan to import food; however, this was too little, too late. On July 14, 1789, in response, in large part, to the famine and economic crises of the 1780s, the revolutionaries of France stormed the Bastille, beginning the French Revolution.

In 1812, Napoleon’s French army, the Grande ArmÃ©e, invaded Russia. Napoleon had been a remarkably successful leader, making massive military gains and building an enormous military. The Grande ArmÃ©e numbered some 680,000 men. Napoleon planned his invasion for early summer; his army entered Russia on June 24, 1812. Napoleon was less interested in gaining Russian territory, and more interested in stopping the trade relationship between Russia and Britain. Officially, Napoleon hoped to protect Poland from Russian aggression.

Napoleon moved rapidly through Russia, engaging in and winning many small battles. The first large battle was at Smolensk in August 1812. The Russian army retreated from Smolensk; they burned the city and surrounding lands as they retreated. This limited the French access to food and other essentials. The Russians continued the scorched earth policy, forcing the French into starvation. The French won a costly victory in early September, and reached Moscow by the middle of September. The city was empty, already evacuated by the Russians.

Still expecting peace, Napoleon waited. As he waited, Russia’s harsh winter began. Waiting was, when faced with a lack of supplies and no ability to re-provision his troops, an excruciatingly bad decision. His troops lacked food, winter clothing, or any other provisions. The horses were in poor condition, and they had no fodder for them. Napoleon finally retreated that November. His men were starving and suffering from hypothermia.

While poor strategy condemned Napoleon, and perhaps a lack of understanding of Russian actions and morale, the Russian winter destroyed his army. Winter, along with the scorched earth strategies of the Russian army and Cossacks, brought starvation, privation, and death for both men and horses.

There were several flaws to the German strategy from its earliest days. Germany lacked the needed logistical supports or industrial complex for an operation of the scale of Operation Barbarossa. The Germans were a conquering force; they hoped to eliminate the Jewish population and enslave the Slavic population of the Soviet Union.

Between June and September, the Germans advanced rapidly into the Soviet Union. There were minor logistical issues that summer, but they were relatively well managed, and the German invasion appeared to be going well. That fall, heavy rain slowed the advance of the Germans.

When the ground froze, Hitler’s generals forced their armies forward. As with Napoleon, these me lacked the supplies, clothing and provisions needed to survive the Russian winter. In early December, the Germans reached Moscow, but were quickly attacked and repelled. German forces began to retreat, slowly and with some difficulty. They were repeatedly attacked by Soviet forces, but did not suffer losses as great as Napoleon’s.

Hitler had believed that the invasion would be over by the fall of 1941, limiting any concerns about the weather or the Soviet winter. The German soldiers who survived Operation Barbarossa were often badly damaged by frostbite, having lost their noses, eyelids, fingers, and toes.

Like Napoleon before him, Hitler had underestimated the Russian winter. Operation Barbarossa came to an end by March 1942 and it benefitted the Allies. The two-front war had distracted the efforts of the German army, but had also brought a formal end to the non-aggression pact between Germany and the Soviet Union. It also brought the power of the Soviet Union to the side of the Allies.

After the bombing of Hiroshima, the U.S. had three potential targets designated for the second bomb, a uranium bomb. These three possible targets were Kokura, Kyoto, and Niigata. The Kyoto option was withdrawn; it was spared for its religious importance and associations. Niigata was later withdrawn due to distance, and Nagasaki was added to the list of potential targets.

Nagasaki was not actually considered a desirable target. The city had already undergone heavy bombing, making it harder to assess the impact of the bomb. In addition, the city was quite spread out, and had many waterways.

While the bombing of Hiroshima had gone as planned, that was not true for the second bombing of Japan. The plane, Bockscar, had a failing fuel pump that morning; one of the fuel tanks could not be used. Bockscar carried “Fat Man,” a uranium-based implosion bomb.

The plane flew to Kokura, but there was heavy, impenetrable cloud cover. According to his orders, the pilot had to drop the bomb with visual targeting, rather than radar. The pilot could not drop “Fat Man” on Kokura. There was only enough fuel to make it to Nagasaki and land in Okinawa. He initially could not find a break in the cloud cover, but finally did, and dropped “Fat Man.”

On August 9, 1945, the air raid sirens began to sound in Nagasaki. There were many bomb shelters in the city and there would have been adequate space for many of the residents. In addition, there were deep tunnels in the hills surrounding the city. There had, however, been so many false alarms that the people of Nagasaki ignored the air raid sirens.

The bomb was effective; however, it did less damage in Nagasaki than “Little Boy” had in Hiroshima. The waterways through the city prevented widespread fires. In total, an area 2.3 miles by 1.9 miles was destroyed by “Fat Man.” Had there not been orders target the bomb visually or had the weather been clear over Kokura, Nagasaki’s history might well have been very different.