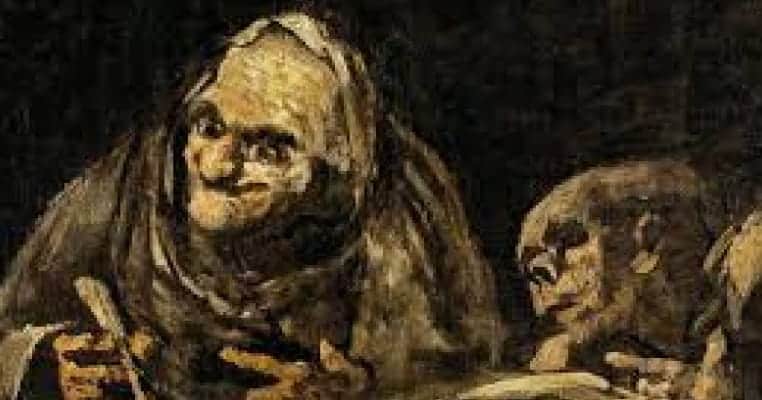 Sin Eaters Were the Ultimate Scapegoats

A scapegoat is essentially someone who, willingly or unwillingly, takes upon himself or herself the violent or otherwise sinful actions of another. The ultimate scapegoating act is that of sacrifice, in which sins are transmitted to an innocent animal, which is then ritually slaughtered. It can also occur through someone unfairly taking the blame for something that he or she did not do and being likewise punished. Sin eaters were the ultimate scapegoats, bringing upon themselves sins that they did not commit and the punishment for those sins, both in this world and the one to come.

Imagine a backed-up toilet that has been in that state for not weeks, not months, but years. Moreover, people keep using it, making its condition increasingly worse. That was pretty much the psychological state of the sin eater. He or she continually consumed the excrement of society, the people’s sins, and they just festered inside. His or her soul was believed to be so tarnished as to be beyond any redemption. Perhaps the only relief to be found was getting drunk at the end of the day with the small pittance that was earned from doing the vital task of eating sins.

Still, without the sin eater to completely absolve the deceased of their sins, society simply would not function. People believed that not only did sin eaters enable the dearly departed to enter heaven, but they also prevented spirits from returning to earth as ghosts. After all, if their contented souls were able to reach heaven, they had no reason to wander the earth and haunt its inhabitants. The sin eater, however, would certainly return as a restless, wandering spirit. After all, he or she had absorbed the sins of so many people that entrance to heaven would indeed be denied.

There won’t be many more restless, wandering spirits of sin eaters roaming the earth for the time being, as the last known sin eater died in 1906. That person was Richard Munslow, and he ate the sins for the people of Shropshire in England. He was buried in all of the ignominies of a sin eater, but a century after his death, £1000 was raised to restore his gravesite and give him the recognition that he deserved for the sacrificial yet ill-informed service that he provided to his community.

The Reverend Norman Morris, who presided over the restoration, was pleased that Munslow was finally able to put his grave in “an excellent state of repair.” However, he also stated that he had no desire to reinstate the rather macabre ritual of sin eating. Though there is no official knowledge of the practice of eating sins today, there is no reason to believe that there is not a single community that practices it. Perhaps sin eating will resurface, or some other macabre, bizarre means of exculpating people of their sins.

“Why Sin Eating Was Once The Worst Job In The World,” by Vincent Alocada. Elite Readers.

“The Worst Freelance Gig in History was Being the Village Sin Eater,” by Natalie Zarrelli. Atlas Obscura. July 14, 2017.