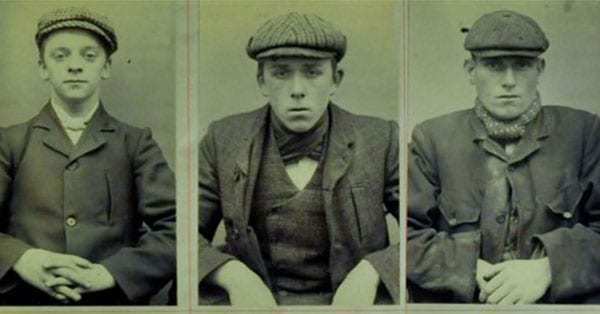 The Mungiki sect emerged from Kenya’s biggest ethnic group; known as the Kikuyu. Today, the Mungiki’s membership is approximately 500,000, and it is quickly gaining a reputation as one of the world’s deadliest gangs. The continent of Africa is plagued by an infestation of machete wielding gangs, and the Mungiki originated in much the same way as most of these outfits. One of its founders claims that the Mungiki began as a local militia in the 1980s. The goal was to protect Kikuyu farmers in their land disputes with the Maasai and local government forces dominated by the Kalenjin tribe.

The term ‘Mungiki’ means ‘multitude’ or ‘united people’ in the Kikuyu language. The group has a total disdain for the modernization of their country and completely reject Western influences. Their desire is to ensure their nation reverts to indigenous African traditions. The gang is sometimes referred to as the Kenyan version of the Yakuza, Mafia or Cosa Nostra due to its organization.

Initially, the group was in favor of female circumcision and later adopted rituals such as wearing dreadlocks and swearing oaths like the Mau Mau rebels who fought against Britain in the 1960s. The Mungiki was banned in 2002 after its involvement in extreme violence in Kenya’s capital, Nairobi. The gang clashed with the owners of matatus (privately owned minibusses) and approximately 50 people died in the violence. The following year, the Mungiki fought against Kenyan police and two officers died. 74 members of the sect were arrested.

After a few years of relatively low-key activity, the gang escalated its violent activity in 2007. In June, it began a reign of terror against matatu drivers and conductors while also targeting people who defected from the gang. Kenya’s security forces had to act and stormed into the Mathare region. Overall, around 100 people died in the violence. The Mungiki was linked to a triple murder in the United States and also mutilated and decapitated a 2-year old boy as part of a bizarre ritual.

Further violence involving the Mungiki took place after the disputed Kenyan General Election in December 2007. They were heavily involved in the violence in the ethnic Luos area which claimed the lives of several hundred people. There are rumors that the gang split up into two groups in 2007 and its leading members were killed in that year; possibly by government forces although it denies responsibility. Around 500 bodies of Mungiki gang members have turned up in bushes outside Nairobi; they are probably victims of in-fighting. They continue to terrorize Kenyans, and it has been suggested that they might be the world’s largest gang regarding membership.