A New World: 6 Ways the Journeys of Columbus Changed Civilization 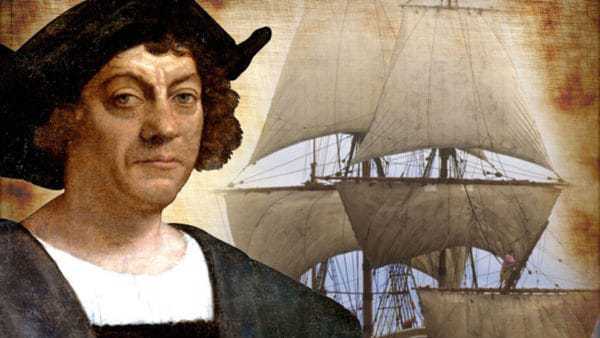 A New World: 6 Ways the Journeys of Columbus Changed Civilization

Would you like fries with that? People around the world enjoy potatoes. They come in all shapes and sizes and are a staple in fast food restaurants, sit down eateries, and fine dining establishments throughout the world. The potato arguably has had the most significant impact on Old World agriculture than any other crop.

There are thousands of varieties of potatoes. All of these varieties are indigenous to the New World, primarily South America. During the sixteenth century, the potato made its way to Europe. At first Europeans embraced it as an aphrodisiac and a novelty item. After its 100-year presence in Europe, it was still viewed as an inferior item. Some Europeans thought consuming a potato would cause leprosy, others considered it mealy and insipid no matter how it was prepared, and still others found it to be fitting for only peasants and laborers.

In actuality, the potato was nutritious. As land in Europe was divided over and over again due to various cultural traditions and laws, plots became smaller and smaller. Land available for cultivation declined and the land that was available was of poor quality. The potato plant could produce high yields in poor soil and on small plots. In other words, the potato could be both a sustenance crop and a surplus crop on a small parcel of land.

Global trade had been perfected in the late-eighteenth century. Ships held more cargo while being lighter and faster. As sugar, cotton, and tobacco became primary crops in the Americas, regions in Europe grew and sustained on just a single crop. The potato rose to prominence in Europe, and farmers with small plots were able to grow enough to live off of while selling their surplus to merchants who would then carry them to the New World’s sugar islands, tobacco farms, and cotton plantations. The potato had come full circle.

The potato of the eighteenth and nineteenth centuries was very nutritious. The Irish families that lived away from the coast survived almost solely on the potato. It was prepared in a number of ways, and it was not uncommon for an Irish farmer to eat 13 pounds of potatoes a day. People who lived in the coastal areas supplemented their potatoes with fresh seafood.

When a blight struck the potato plants over several years beginning in 1845, it devastated the Irish population. Those that could afford to flee did so. The poor and starving either had to enter into the poorhouse or roam the Island eating grass along the side of the road. Starvation was a long and painful process. A million Irish perished during the Great Famine and over a million emigrated.

Several New World crops impacted Africa. The tropical regions of Africa lay parallel to those in South America. This made transplanting crops relatively easy. Europeans introduced New World crops into Africa. Out of the approximately 650 cultivated plants in the tropical regions of Africa only 50 originated in Africa. The vast majority were introduced through Asian and European trade.

Why introduce so many crops into Africa? The answer is slavery. As sinister as it seems, in order to ensure healthy slaves, Africans first had to be healthy. One determinant of a region’s health is if the population increases or decreases. When populations decrease, it usually signifies poor nutrition, impacts from natural disasters, or governmental conflicts such as war. Populations increase when food sources are diverse and plentiful.

Europeans and Asians offered tribute to African tribal leaders. Many of the tributes came in the form of plants from the New World or Asia. Maize and manioc were the most important imports. Crops such as peanuts, squashes, tomato, sweet potato, and cacao provided more variety into the African diet. Combined these crops significantly impacted agriculture in Africa.

Beginning in the late-seventeenth and early-eighteenth centuries, the world’s population began to increase. In 1650, the overall estimated population of Africa was 100 million. The population continued to increase; however, the estimated numbers reflect a decrease due to the slave trade. In other words, as the land provided food surpluses it allowed for healthier people. Healthier females menstruated over more years, increasing their years of fertility. When babies were born, more of them lived beyond infancy and into adulthood than before the introduction of New World plants. If it were not for the New World plants introduced through Asian and European trade routes, it is quite possible that the African slave trades—to the Americans and in the Indian Ocean—could not have been sustained.

Europeans were good at conquering the New World. This is evidenced by the sustaining influence of Catholicism in North and South America, the cultural traditions directly transferred to the New World, and the rise in importance of sugar islands in the Caribbean. Arguably sugar was the most important Old World crop transplanted into the New World, but there were others.

Wheat, grapes, and olives were a staple for Europeans. Bread came from the wheat, wine from the grapes, and oils from the olives. The second Columbus voyage returned to the Americas with all sorts of seeds and plant clippings. Wheat, chickpeas, melons, onions, radishes, salad greens, grape vines, sugar cane, and fruits were introduced around 1494. Accounts left behind by Europeans in the New World initially reported of the massive success of these old crops in the New World. Early successes provided Europeans with hope that they could refuse the native bounty of the New World. Their ethnic hierarchy would remain intact and they would not be forced to eat corn, for example, which some believed would turn them into Indians.

These early successes were short lived. Old World crops could not be sustained beyond one or two seasons. Success came from the lowly garden crops that were usually planted on small farms or gardens of the elites. Cauliflowers, cabbages, radishes, lettuce, and melons prospered. Over time, these Old World crops were planted in larger quantities and used as export goods.

An attribute of the conquering Europeans was that they gave up on cultivating crops that would not grow in the subtropical regions of the New World. Instead, they took New World crops and introduced them to regions where they were not found. This may explain why maize is found throughout the Americas instead of where it is indigenous in present-day Mexico.