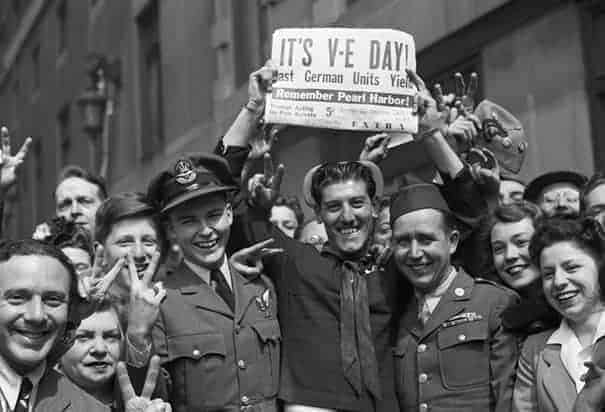 Sometimes small inventions bring about big change, either in our everyday lives, or in times of war. Wartime brings about innovation, born out of necessity. That innovation doesn’t just take the form of large weapons of war, but also of smaller inventions and efforts to assist the war effort. In some cases, these small changes led to the significant victories, ranging from single battles to the Allied victory in World War II.

In the early 17th century, French hunters hunting boar began attaching knives, called bayonets, to their muskets. The French army first adopted the bayonet in 1671, and by the end of the 17th century, bayonets were a standard part of military issue equipment. The bayonet eliminated the need for pikemen in the military. Previously, pikemen had served as a guard for the musketeers as they reloaded; however, the guard was no longer needed once the muskets included a bayonet. 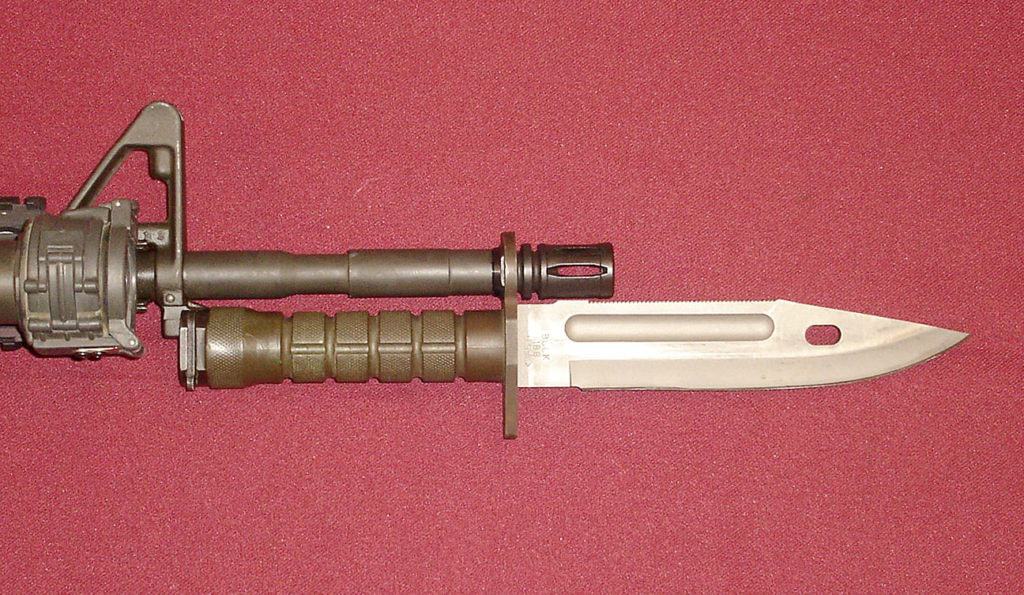 The introduction of the bayonet changed the role of the musketeer and led, overall, to a period of reduced specification of tasks. Since pikemen were no longer needed, musketeers took on an increasingly important role in the armies of the 18th century. As gun technology advanced, the bayonet became less important. By the Civil War, only one percent of fatalities could be attributed to the bayonet.

Bayonets could fit in, on or over the muzzle of the musket. The knife served a range of roles in warfare, from all-purpose cutting implement to close combat. The earliest bayonets fit into the muzzle of the musket, but adaptations soon offered alternatives. These allowed the bayonet to remain in place while the musket was shot. Bayonets ranged from saw-bladed tools to short swords.

The bayonet played a key military role for quite some time, even as guns took less time to reload; however, by the beginning of the 20th century, the impact of the bayonet was largely psychological, causing the enemy to retreat. In World War I, specially crafted bayonets served as digging tools and bayonets became shorter. Many modern assault rifles retain the ability to attach a bayonet.

Pikemen had, throughout the Middle Ages and early modern period, been an essential part of the fighting force. After the introduction of the bayonet, pikemen were gradually removed from the armed forces, although still occasionally played a ceremonial role.

In 1795, the French Directory or government of the period offered a substantial prize for an advance in food preservation. Improved food preservation was essential for long combat—troops could not fight effectively if they were not fed. Several years later, during the reign of Napoleon Bonaparte, a young French chef, Nicholas Appert, set out to solve this problem.

Appert first relied upon the longest-lasting and best-sealing container of the time, the champagne bottle. These bottles were sealed with a mixture of cheese and lime. By 1803, Appert progressed to wide-mouth jars, and began canning a variety of foods, including fruits and vegetables, meat, dairy and fish. These early, glass-container, canned foods were sent out with the French Navy beginning in 1804.

In 1804, Appert also began experimenting with the first tins, rather than glass jars. The tin for canned food was patented not long after by Peter Durand. Durand replaced the glass jars with more durable and lighter tins, soldered closed. By the time Appert died in 1841, canned foods were becoming commonplace, both on the battlefront and in shops throughout Europe and the United States.

Canned foods fed the enormous armies of the 19th century in the Crimean War, the U.S. Civil War, and the Franco-Prussian War. Canned foods could be shipped long distances to feed troops and provided quick access to essential foods. Local food supplies, with questionable availability, were no longer necessary to feed the troops. This improved the nutrition of armies, and allowed for longer battles without restocking of supplies.

Eventually, the U.S. Civil War led to the development of another essential technology to accompany canned foods—the can opener. 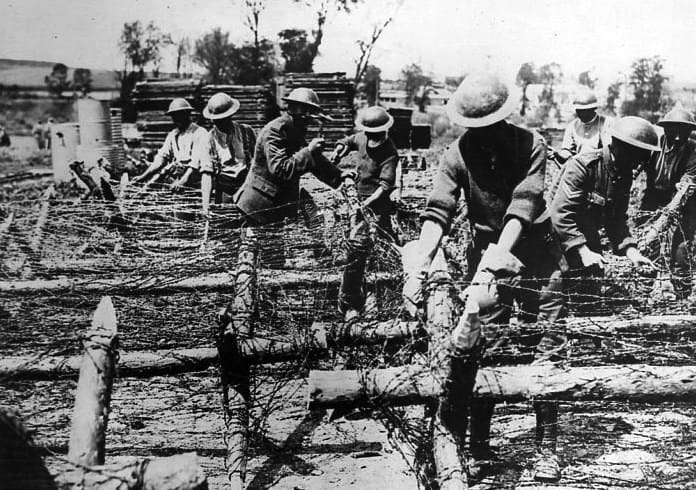 Barbed wire, or heavy wire with sharp wire barbs, is commonly used for fencing. While there were a number of earlier unpatented versions of barbed wire, barbed wire as we know it today developed out of an idea by Henry Rose, presented at an 1873 county fair. Rose suggested adding barbs to a wooden fence rail for livestock containment. Several of those who saw Rose’s idea worked to develop their own barbed wire. By November 1874, two men had joined together to form the Barb Fence Company.

While barbed wire was marketed as containment fencing for livestock, it soon found other uses on the battlefield. In the Second Anglo-Boer War in what is now South Africa, the British used barbed wire to confine people to concentration camps and to help fortify buildings.

By World War I, barbed wire played a key strategic role. Barbed wire was a cheap and practical way to limit the movement of oncoming offensive troops, providing a first line of defense. Barbed wire fences were effective, quick to put up, and did not limit visibility, yet they were difficult to pass through or to destroy. Barbed wire didn’t only serve to protect troops in the trenches. It could also be used to create traps for the enemy, by funneling enemy forces into an effective kill zone that could be easily defended, and made it simple to eliminate the enemy with little risk.

Barbed wire remains an important strategy to keep people in or out of areas even today, and is found surrounding prisons, military installations and other facilities. In addition, it continues to be used for its original purpose—containing livestock.

Chlorine was a chemical used by the German dye industry. Today, we still use chlorine bleach for industrial uses, to clean in our homes and to whiten our laundry; however, on the battlefield, this chemical had a significantly greater impact. Chlorine was, in fact, the first major chemical weapon, deployed on the battlefields of World War I on April 22, 1915. The Germans had experimented with chemical weapons previously, but had been less successful.

Chemist Fritz Haber had used chlorine in an industrial setting, and recognized several key attributes that made it an ideal chemical weapon. Chlorine remains gaseous at cold temperatures and is heavier than air, so sank into enemy trenches. When inhaled, chlorine causes the lungs to fill with fluid, killing by drowning.

Even the Germans were surprised by their own success in April 1915. The gas attack decimated entire divisions of French and Algerian troops at the Second Battle of Ypres. The use of chemical weapons by the Germans continued throughout the war. While poison gas was defended as an effective strategy, defensive strategies, like gas masks kept pace with the development of new gases.

Chlorine was a significant ingredient in most of the chemical weaponry of the period, used by both sides in the conflict. Phosgene, for instance, was a chlorine-based, nearly odorless gas. This gas was responsible for 80 percent of gas deaths in World War I. In total, some 100,000 pounds of poison gases were used in World War I, causing almost 30,000 deaths.

The 1925 Geneva Protocol banned the use of chemical weapons, but not their production or stockpiling. While chemical weapons were not in use in combat in World War II, they were, of course, used in the death camps of the Holocaust. 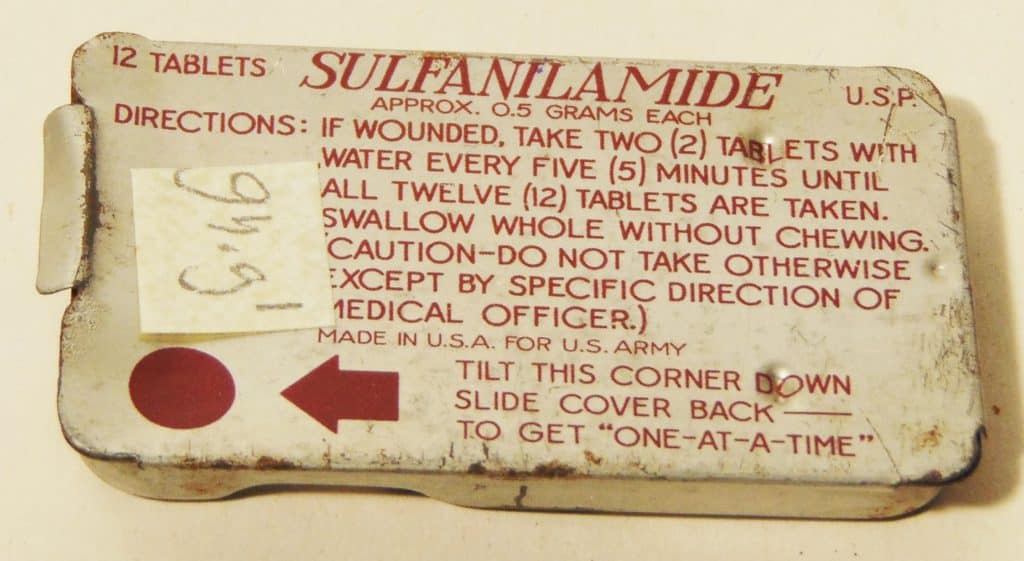 Before the introduction of antibacterial compounds or modern antibiotics, infection was a more likely cause of death than a wound. In World War I, medics had only saltwater and alcohol to wash wounds, and, while they understood infection, lacked the ability to treat it. That changed in World War II, with the introduction of sulfanilamide. Sulfanilamide or sulfa was an antibacterial powder, issued to American soldiers.

The U.S. government issued sulfa powder, a white powder, to American troops to apply to wounds, as well as sulfa tablets to prevent dysentery. Sulfa powder could reduce the risk of death from serious injuries, like gunshot wounds, but could also be used to prevent infection in less severe cuts and scrapes.

Sulfanilamide played an essential role in the health of American troops in World War II, helping to support an eventual Allied victory. Sulfa has been long-since replaced by an array of more effective drugs, but this innovation saved American lives in the war, and reduced the rate of death from infection on the home front.

The tide-predicting machine was a little bigger than many of these other inventions, but in terms of the size to impact ratio, it fits in well with little inventions. Tide-predicting machines were essentially complex analog calculators. These had been in use for some time, having been first developed in the 1870s, and were treated as classified technology by the time of the second World War.

The US No.2 Tide Predicting Machine, called “Old Brass Brains” was essential to Allied operations in World War II. “Old Brass Brains” relied on a system of gears, pulleys and chains to complete the complex equations necessary to predict the tides at specific locations. This machine predicted the tides for all island landings in the Pacific, as well as for the essential landing in Normandy on D-Day. The landings in Normandy provide the best example of the importance of the tide-predicting machine; however, US No. 2 Tide Predicting Machine remained in use until it was replaced by a computer in 1965.

German Field Marshall Erwin Rommel expected Allied forces to storm Normandy at high tide. In preparation for the attack, he installed barriers of wood, cement and steel, designed to stop ships and landing parties from reaching the shores of Normandy. The Allies would have to plan to land at low tide, destroy the barriers to open channels inland, and get ships off the beach before becoming stranded. This made the timing of the landing essential.

In addition, the ships had to be able to cross the English Channel at night, have enough daylight for a naval assault prior to the landing, and needed a late-rising moon to allow paratroopers to drop into Normandy overnight the previous night. Only three dates in June met all of these requirements, according to the tide-predicting machine; June 5, 6 and 7.

The carefully planned assault helped to turn the tide of war, forcing the Germans to fight on two fronts. By the end of June 1944, more than a million troops had landed in Normandy and Victory Europe Day or VE Day was less than a year away.

In wartime, often one of the biggest sources of casualties and deaths is not the enemy, but nature. Illness, particularly the types of illness carried by insects and pests, can decimate armies. The military was concerned about typhus, which had caused some 2.5 million military and civilian deaths in World War I, as well as mosquito-borne illnesses, like malaria and yellow fever. By the late 1930s, scientists were actively looking for an insecticide that could be used on clothing and blankets to prevent insect activity from lice and mosquitos.

In 1939, Swiss chemist Paul Muller realized that a chemical compound discovered in the 19th century, dichlorodiphenyltrichloroethane, or DDT was an effective way to mothproof wool fabrics. Researchers in the U.S. soon realized that DDT worked well as an insecticide at low doses.

U.S. soldiers were issued DDT power, and entire towns and islands were sprayed with DDT. The use of DDT dramatically reduced soldier’s deaths from pest-related illnesses, and World War II may be the first conflict in which more individuals died from combat injuries than illness.

Questions about the safety of DDT appeared early on in its history, but it was not banned in the United States until 1972. As early as 1946, scientists recognized that the chemical could concentrate in fatty tissues, and serious criticisms were published in the 1962 book, Silent Spring. While DDT led to ongoing health and environmental issues, it also inaugurated an era of chemical solutions in the world of agriculture. The market success of DDT led to the development of a wide range of other pesticides, used extensively for a number of decades.