See How Racial Tensions Exploded in Detroit in 1967 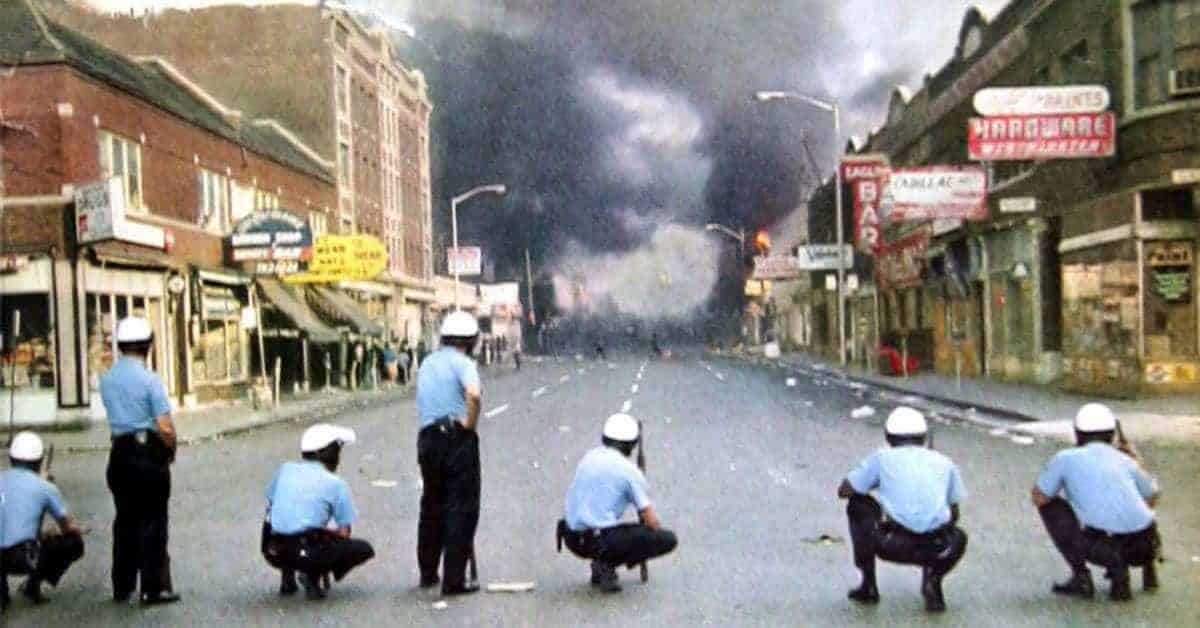 See How Racial Tensions Exploded in Detroit in 1967

The riot began after the police raided an illegal, unlicensed bar known as a blind pig in the United Community League for Civic Action office. The officers were surprised to find a party of 82 African Americans celebrating the return of two local GIs from the Vietnam War. While the police were arranging transportation for the arrested lawbreakers, a crowd of onlookers gathered. Walter Scott III, whose father was running the blind pig, threw a bottle at a police officer.

When the police left, the crowd began looting the neighborhood. Due to the large number of rioters, the police were unable to control the crowd. When the first fire broke out, the crowd prevented the firefighters from extinguishing the flames and the fire spread.

On July 24, Michigan State Police and the Wayne County Sheriff’s Department were called to Detroit to assist the Detroit police force. Police made numerous arrests and eventually resorted to detaining people without any criminal charges just to get people off the streets. Throughout the day, 483 fires were lit and 1,800 arrests were made. 2,498 rifles and 28 handguns were stolen from local stores. Just before midnight, President Johnson authorized the use of federal troops in compliance with the Insurrection Act of 1807, which authorizes the President to call in armed forces to fight an insurrection in any state against the government.

On July 25, 8,000 Michigan Army National Guardsmen were deployed to quell the riot. Eventually, 4,700 paratroopers and 360 Michigan State Police officers would join to help end the riot.

Tanks and machine guns were used in effort to keep the peace. By July 27, sufficient order had returned to the city and troops began to withdraw the 28.

It is estimated that 10,000 people participated in the riots and 100,000 gathered to watch. By the end of the riot, 2,509 stores were looted or burned, 388 families were rendered homeless or were displaced, and 412 buildings were burned to the point where they had to be demolished. The riot cost the city between $40-45 million. 7,200 people were arrested. 43 people were killed. Among the deaths were a Detroit police officer, two Detroit firefighters, and a Michigan Army National Guardsman.

Freep – Detroit ’67: The Officer Who Led the Raid on The Blind Pig That Ignited the Riot

Think Big – The History of Using the Insurrection Act Against Americans

Freep – He helped start 1967 Detroit riot, now his son struggles with the legacy