Seattle's History is Much Darker than Expected, and its Lesser Known Underground City Proves it 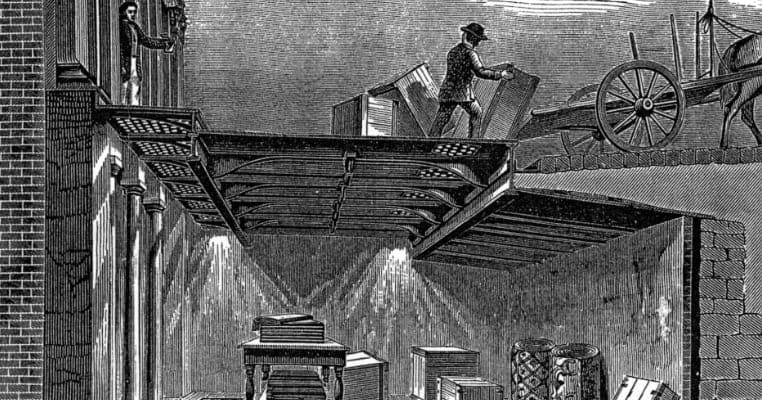 Seattle’s History is Much Darker than Expected, and its Lesser Known Underground City Proves it

Under most cities, you will find sewer systems, rats and possibly a subway train. But if you visit Seattle, there is an entire underground city underneath the streets. In the 1800’s, the original city burned down, and they decided to raise the streets by two stories and build directly on top of it. By no small miracle, the two cities have stayed intact all of these years.

The city of Seattle was originally founded in 1851. The founding citizens wanted to build a city right on the beach to give it easier access to travel and trade. The buildings in the original city were all made of wood. This was totally normal at the time, especially in the Pacific Northwest, where trees were plentiful, and it only made sense to use building materials that they had locally.

No one could have guessed that the original city would only last for 38 years before it was completely destroyed in an unexpected catastrophic event. In 1889, a glue maker name Victor Clairmont accidentally started a grease fire. Without knowing any better, Clairmont tried to put the fire out with water, which just made it blow up and get so much worse. (Grease fires need to be put out by snuffing the fire with a lid over the pot, or throwing baking soda on it, but this was not common knowledge at the time.) There was a paint store in the same building upstairs, which made the fire have even more fuel to keep going. Then, a whiskey truck drove by, which caught on fire almost immediately, too. All of this sounds so over-the-top, it almost sounds like a joke, but it really did happen. This series of events caused the fire to end all fires to rage in Seattle.

The town was so young, that the fire department had never actually put out a fire before, and the experienced fire chief was out of town. This caused the only help available to scramble in a panic. They did their best to put the fires out, but the city continued to burn. When the flames were finally put out, the vast majority of the city had been burned to the ground, and 31 blocks were total ash.

No one can be sure how many people died in this fire. The town had no way of keeping records back then, since all of the paper records were destroyed, and it wasn’t exactly a priority. There was a shanty town of homeless people in the outskirts of the city, so people think that the majority of the casualties would have come from the people living there. One good thing that happened was that over a million rats were killed in the process, so at least it cut down on the spread of disease.

The city council decided that from that day forward, every single new building in Seattle needed to be built of brick or stone. This way, if there was ever a fire again, the entire city would not light up like a Christmas tree in a matter of minutes.

However, the wooden buildings were not the only problem with the original layout of the city. After nearly 40 years of living in the city, the council had a whole list of problems that could be improved upon. When the city was first built in 1851, they established it in a floodplain right along the coast line. So after a heavy rain storm, the city streets would flood to the point where people couldn’t get around. Considering that Seattle is one of the most rainy cities in the country, this happened all the time. There was no drainage system, either, which made it impossible to avoid getting wet, growing mold, getting sick, etc.

The city council decided that if they wanted to keep the city in the same spot, the only solution would be to bring in a lot of dirt and raise the streets by 10 feet. As you can imagine, this was a huge undertaking, especially for the time. Citizens did not have the benefit of modern-day dump trucks. This plan was supposed to take 7 to 10 years to even begin the project, because there needed to be a lot of planning and raising money from taxes. In the mean time, people needed to move on with their lives and start working again. So business owners started to rebuild in stone on the ground level, knowing that one day, the buildings would just be demolished all over again.

Seattle 2.0 Was a Temporary Fix

After the fire left the entire city in ruin, Seattle citizens set out to build a new town out of stone and brick. The streets were very narrow, almost like wide alleyways that were just big enough for a horse drawn carriage. Remember- this city design wasn’t meant to last a hundred years. They knew it was a new city that would only be around for 10 to 20 years at the most, but they still wanted to make the most of it. Buildings were decorated with signs in the windows of their stores, and they tried to make the best out of their environment, even though they knew it would only be temporary.

Once the city was finally ready to start construction on raising the streets, it could not all happen at once. Dirt had to be carried in and leveled. This required so much man power, it was going to take forever without the benefit of modern technology. So, for years, certain sections of the city had raised streets, and others did not. Back then, they did not have proper signs and road blockades to warn people to stay away, so people knew to watch their step. They had ladders to help people climb down to the underground city if there were stores they wanted to go to. Seventeen people died from “involuntary suicide”, which meant they had their head stuck in a newspaper and fell down the 15-foot curb.

While they were raising the streets, many of the new sidewalks were installed with “pavement lights” of glass. This served as skylights down to the parts of the city that were still underground. They glass was originally clear when it was first installed, but it has changed to become purple over the years.

Men were moving to Seattle at a rapid rate, because they desperately needed labor to help rebuild city, and it was a great opportunity for job seekers. At one point, there were 10 men for every one woman, so there were literally not enough girls to go around. Prostitution was in high demand. Lou Graham was a madam who ran one of the biggest brothels in the Seattle Underground. She became a millionaire and accounted for the majority of the taxes that paid for rebuilding the new city. Her sex workers were also paying taxes on their own wages, and were listed as “seamstresses” on the books. Without these sex workers, the new city may never be as grand as it is today.

During the Gold Rush, Seattle profited a lot off of the miners passing through the city who needed supplies while they traveled from Canada down to California. Normally, the businesses made a combined $300,000 per year in sales. After the Gold Rush, it went up to $25 million. After inflation, that is a tremendous amount of money. Lucky for them, this windfall of money came at a time when they desperately needed to build the new infrastructure of Seattle 3.0.

By the early 1900’s, the Bubonic plague was beginning to spread. The city had been lucky for a very long time, since the fire killed the majority of rats in the city, but the Seattle Underground was beginning to see a few new furry creatures scampering around. Citizens became worried that if people continued to hang out down there, they could possibly catch the plague. The city decided to condemn the underground city, but that didn’t last for long.

The Underground Becomes A Hotbed For Local Criminals

Technically, no one was allowed to do business in the Seattle Underground anymore, and people were scared of catching the plague, so honest law-abiding citizens stayed away. However, this did not stop hustlers on the black market from taking advantage of all of the free square footage underneath their feet.

In the 1920’s, the city of Seattle seemed like a very clean and wholesome town. Anyone who came to visit would be shocked by the low crime rates and zero homelessness, despite the growing rate of unemployment during the Great Depression. Everyone seemed to be abiding by the new rules of prohibition in the light of day, but all of the sin was happening underneath their feet. The Seattle Underground became one massive place for people to hide their speakeasies, casinos, and opium dens. And, of course, homeless men would sleep in the abandoned buildings underground, instead of on the streets where people could see them.

People did not start going back into the underground city on a regular basis until around the 1960’s, when some brave souls decided to set up sight-seeing tours. These business owners installed electric lights in the Seattle Underground so that people could actually see down there.

When everything is so dark and spooky, it’s really no surprise that some people believe the underground city is haunted. Witnesses have reported floating orbs and apparitions of ghostly women wearing Victorian era clothing. Anyone who visits the city can take a night time ghost and paranormal tour to hear all of the different stories and legends of the spirits who apparently haunt the old city.

Today, the current city of Seattle is more than a little bit afraid that the the hollow city underneath the streets of the town may one day collapse, if there was ever a major earthquake. Supports are being added, and certain sections of the underground are closed off from visitors. It is considered to be too dangerous for people to hang around in the underground city for very long, so it is mostly used for guided tours, and nothing more. Despite all of the tragedy leading up to the modern-day Seattle, the legacy of the underground has become a gem that is unique to their city, and totally worth a visit.

Seattle Burns Down In The Great Fire on June 6th, 1889. Walt Crowley. HistoryLink.org