A Sacred Order: Secrets of the Knights Templar 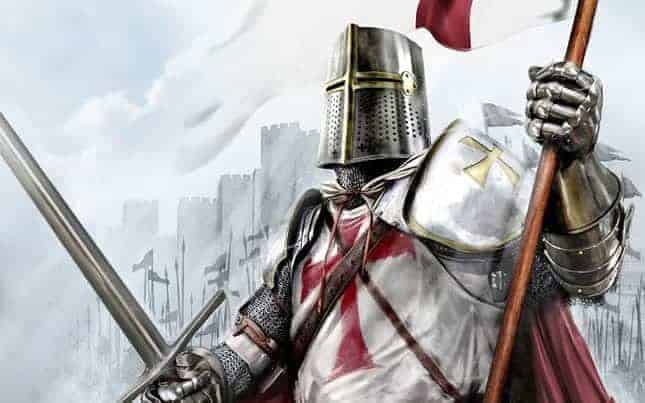 A Sacred Order: Secrets of the Knights Templar

They Began With Just Nine Knights Trying to Protect Pilgrims

In 1119 Hugues de Payens was a French nobleman from Champagne. He realized that the pilgrims traveling to visit Holy Places faced dangers and had little means to protect themselves. In order to protect the pilgrims, he gathered 8 of his knighted relatives and began the Order.

The nine knights approached King Baldwin II of Jerusalem and informed the King of their quest. He allowed them to set up headquarters in the Temple Mount. The Templars were allowed to stay at Aqsa Mosque which was believed to stand where in the same place where Solomon’s Temple once existed. Due to the prestige of their location they incorporated it into the name of their order. They became the Poor Fellow-Soldiers of the Christ and of the Temple of Solomon. It would eventually be shortened to the Knights Templar.

The first Knights to join Hugues de Payens were Godfrey de Saint-Omer, Payne de Monteverdi, Archambaud de St. Agnan, Andre de Montbard, Geoffrey Bison and two men who were recorded only as Rossal and Gonadmer. There is much speculation about who could have been the ninth knight. Some suggest that it might have been Count Huge of Champagne but the records show that he returned to France in 1116 and did not join the Order until 1125.

For nine years, there was very little written or recorded about the Order. In 1129 they started to rise to prominence after they were officially sanctioned by the church at the Council of Troyes. With the sanction of the church they started to collection donations of money, land and noble-sons to join the order. With the promise a spot in Heaven in return for a donation, the Knights Templar quickly became wealthy and powerful throughout Europe.

The Chinon Parchment Absolved the Knights

When the Knights Templar came under accusations of heresy many of them were to be brought before Pope Clement V at his residence in Poitiers, France. Many of the highest-ranking Knights of the order were called, including Grandmaster Jacques de Molay. However, many of them were not well enough to travel and therefore envoys were sent to Chinon to speak with the Knights in order to obtain their testimony.

What occurred at the meeting between the Knights and the cardinals at Chinon was recorded on the Chinon Parchment. All of the confessions of the Knights was written on the parchment as well as the verdict put down by the Cardinals and the Pope. The meeting took place in 1308 but the Chinon Parchment was not uncovered in the Vatican archives until 2001. The discovery of the parchment led to a much greater understanding of the Knights Templar and the persecution they underwent in the 14th century.

The Chinon Parchment absolved the Knights Templar and found that their practices were not heretical. There was no instance of sodomy among the Knights. While there may have been kissing on the lips it was done as a sign of respect and only during initiation. Accusations of denouncing God or spitting on the cross were never confirmed and seemed as more of a training to be able to resist pressure from captors.