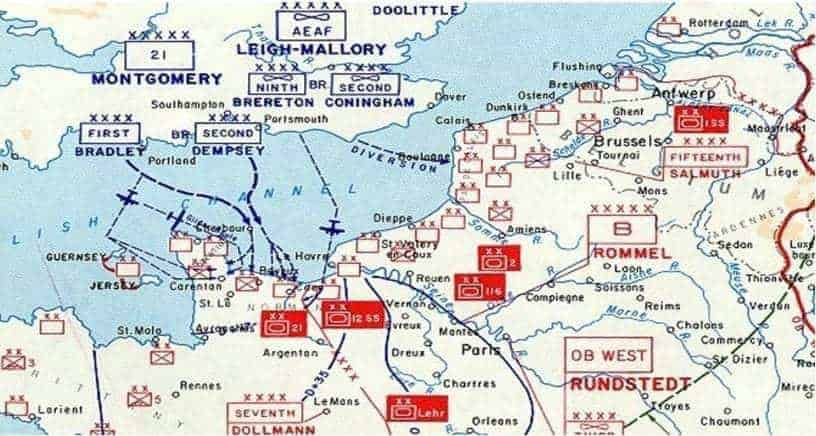 The fake tanks, the fake unit, and Patton’s presence amongst his ‘army’ would mean nothing if the Germans did not take the bait. The German reconnaissance planes did their part by taking photographs of the build-up of tanks and troops in the Dover area, but what was needed to make the deception a success was much more concrete information. Namely, precise and specific information on troop numbers and troop movements, the Allies achieved this by swamping the German high command with disinformation.

One of the unsung heroes of the Second World War was a Spanish student of animal husbandry called Juan Pujol García, perhaps better known by his British codename, Garbo or his German codename, Alaric Arabel. Garbo was a double agent. The British discovered Garbo when he was still an amateur spy, supplying the Germans with false information he created.

Garbo managed to trick the Germans into believing he had a network of 14 spies working throughout the Allied high command supplying him with vital information. Garbo’s detailed reports on the growth of the First US Army Group stationed in southern England greatly aided the deception. Garbo was so convincing he was awarded the Iron Cross from Germany, which must have complimented the MBE (Member of the Order of the British Empire) gong he received from the British.

The disinformation did not stop with the double agents. The Allies also used the power of radio to spread their message. The day before D-Day, on Monday 5th June, a number of small boats left England and headed into the English Channel. The boats were emitting false radio signatures which panicked the German surveillance operators who noticed strong echoes on the radar and raised the alarm. These transmissions coupled with the fake wireless traffic coming from the First US Army Group convinced the Germans that an invasion in the Calais area was inevitable.

The Germans had also noticed an increase in the bombing of the Calais area. Several thousand tonnes of bombs were dropped in the Calais region during the night of the 5th of June, this kept the soldiers of the German 15th army tied to the Calais area, awaiting the inevitable invasion. The Allied bombing had the advantage of knocking out transport and communication links in the area and just as importantly the bombing reinforced the idea that the Allies were planning an invasion of the heavily bombed Calais area.

The deception did not stop after the Normandy landings. The main aim of the deception was to convince the Germans that the real landings in Normandy were just a diversion and that the big attack would hit the Calais area. As the brave Allied troops were fighting their way across the Normandy beaches, Operation Fortitude stepped up a notch. The ports of south-east England saw an increase in dummy vessels and even the occasional real battleship was paraded to keep up the illusion.

At night, the docks were lit up in an attempt to persuade the Germans that supplies were being loaded onto the ships in preparation for an invasion. Radio transmissions, which had proved so effective during the first part of the deception suddenly fell silent – mimicking what happens the night before a real invasion. Naval activity, such as sweeping for mines, increased. All of this activity created an impression that another, much larger invasion would take place in the Pas de Calais area.

The German generals fell for the deception, they believed the Normandy landings were just a diversion and the real attack would land in the Calais area. The Germans kept 150,000 men on alert in the Pas de Calais area and decided not to send combat troops to Normandy from the Calais region. This delay in engaging the 15th army allowed the Allies to gain the upper hand in Normandy. The Germans would eventually engage the 15th army in August 1944, one month after the Normandy landings.

The Allied deception was a resounding success, the Germans were still chasing the shadows of the fictional First US Army Group up to September 1944. This forced the Germans to keep units in reserve in preparation for an attack on the Calais region, thus allowing the Allied armies to maintain and build upon the foothold they had carved out in Normandy. Operation Fortitude was a resounding success as is often the case we can leave the final words to the British wartime Prime Minister, Winston Churchill, “In wartime truth is so precious that she should be attended by a bodyguard of lies.”