These Roving Criminals Terrorized the Plains during the 1930s 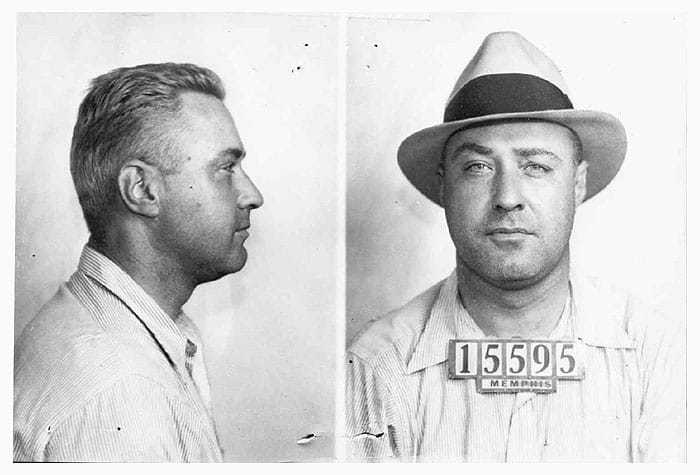 These Roving Criminals Terrorized the Plains during the 1930s

Charles Floyd was another of the depression era gangsters to draw the attention and pursuit of Melvin Purvis, who was instrumental in the deaths of John Dillinger and Baby Face Nelson, as well as the capture of Harry Pierpont. Like many of the gangsters of the era, Floyd has been portrayed in the entertainment media both as a hardened criminal and as a victim of the times in which he lived. He was a criminal from an early age, being convicted for robbing a payroll at twenty-one, a crime for which he served more than three years in prison.

After he was paroled Floyd worked on oil rigs during the day, where he acquired the nickname which he hated for the rest of his life, and ingratiated himself with Kansas City gangsters at night. Soon he was joining them in several burglaries and bank robberies, and by 1929 he was wanted by the authorities for questioning in several crimes in the Kansas City area. In the spring of 1930 he was arrested in Akron Ohio on suspicion of killing a police officer during a robbery. Later that month he was arrested again in Toledo. Convicted of bank robbery in Ohio he was sentenced to 12 years in the Ohio State Penitentiary.

Floyd escaped from prison in Ohio and was next connected with a string of robberies and murders across the Midwest, including the murders of police officers in Ohio, Missouri, and Oklahoma. In Oklahoma Floyd frequently found shelter with farmers who faced the loss of their farms from foreclosure, and the story began to circulate that Floyd’s gang destroyed whatever mortgage records they could find when robbing banks. The story is most likely apocryphal, created by Floyd as a means of gaining support and a haven from pursuit.

In June 1933 four lawmen and prisoner Frank “Jelly” Nash were murdered as the officers prepared to transfer Nash, who was in custody. The attack was probably an attempt to release Nash from custody, and the deaths of the four lawmen gave J. Edgar Hoover the publicity he needed to arm the FBI and pursue many of the lawless gangs then roaming the Midwest. Floyd was suspected of involvement, but it has never been proven, and soon he was one such criminal immediately targeted by the FBI.

After the deaths of John Dillinger and Baby Face Nelson, Pretty Boy Floyd ascended to the rank of Public Enemy Number One. Melvin Purvis soon had Floyd cornered in Ohio and on July 23 1934, Floyd was killed by FBI and local officers in the middle of a cornfield, after his car was disabled by hitting a telephone pole. Originally it was believed that Floyd had attempted to shoot it out with the authorities, later witnesses – including the man credited with shooting and wounding, but not killing Floyd – told reporters that the injured man was executed as he lay helpless on the ground.

Unlike the majority of the depression era roaming gangs, the Cretzer-Kyle gang did not terrorize the Midwest, but instead operated almost entirely on the West Coast. It was formed by Joseph Cretzer, who like so many of the criminals of the thirties gangs began his career at an early age. He was well acquainted with the inside of jails and prisons by the time he was in his twenties, and with his brother in law Arnold Kyle, formed the gang in the mid-1930s. With their accomplice Milton Hartmann the gang robbed their first bank in Portland, Oregon, in January 1935.

In November of the same year the three men robbed another bank, this one located within the Ambassador Hotel in Los Angeles, and within a couple of months, they struck two banks in two days, one in Oakland and the other in Los Angeles. From then on they stepped up their tempo, and several banks were robbed, in Los Angeles, Oakland and as far north as Seattle. When it became evident that the police had descriptions of all the gang members they began to change their method of approaching the banks, sometimes adding accomplices and sometimes acting alone.

By the mid-1930s the most notorious of the Midwestern roaming gangs had been rounded up or killed, and the FBI began to shift its attention to other areas of the county. The spurt of bank robberies up and down the west coast quickly drew their attention and resources. Federal agents arrested a part time member of the gang in Los Angeles in March 1937, just over a week after its most successful robbery yet. The next day a raid on a Los Angeles hotel room failed to pick up Hartmann, who foiled the agents by shooting himself.

Cretzer and Kyle fled California for the Midwest, where the depression era crime spree had largely run its course. Kyle managed to avoid the authorities by using the alias Raymond Palmer, but a May 1939 arrest for drunken driving in Minnesota led to his fingerprints being checked and his true identity revealed. He entered a guilty plea for bank robbery and was sentenced to 25 years in federal prison.

Cretzer was arrested shortly after Kyle, in Chicago, and after some legal maneuvering entered a guilty plea for one bank robbery, he too receiving a 25 year sentence. Both served their sentences for a time at McNeil Island before being transferred to Alcatraz after attempting to escape. They tried to escape from there too, in 1941 and Cretzer made one final attempt during the prison riot known as the Battle of Alcatraz in 1946, dying during the attempt, either shot by prison guards or by suicide. His body was found with an automatic pistol beside it.

Russell Gibson was a member of the Central Park gang in the 1920s. The Central Park gang operated in and around Tulsa Oklahoma, not Manhattan as implied by its name, and was a training ground of a sorts for several gang members of the thirties, including Alvin Karpis and Arthur “Doc” Barker. Wilbur Underhill spent some of his formative years with the Central Park gang as well. While with the gang Gibson participated in his first robbery, that of a bank messenger who was supposed to be carrying $75,000.

Gibson was arrested for the robbery attempt and held for trial. Shortly after his arrest he escaped from custody, whether this was with the assistance of the Central Park gang or he simply took advantage of an opportunity when it presented itself is unknown. His accomplices in the robbery were Neil Merritt and Cowboy Long, and his escape drew the attention of Alvin Karpis and Doc Barker.

Gibson began an association with the Barker-Karpis gang in the early 1930s, joining that extended group in several robberies. Gibson joined the gang around the time that Doc Barker returned after being paroled in Oklahoma. In addition to bank robberies, the Barker gang was involved in kidnaping activities, and also had dealings with several fences and underworld connected doctors. Some of the Barker activities were resented by the Chicago Outfit and other organized crime activities in Chicago and St. Paul, putting additional pressure on its members.

As the gang began to collapse under pressure from the FBI following the Bremer kidnaping, Gibson went into hiding in Chicago, along with Byron Bolton and Doc Barker. An FBI raid on their location took on the appearance of a bad movie. Rather than wait for local officers as directed, the FBI tear-gassed the wrong apartment, giving warning to the gangsters. After the FBI raided the wrong apartment local officers arrived, believing the officers in the wrong place to be the gangsters they nearly opened fire, and a shootout between law enforcement was barely averted.

Gibson attempted to escape in the confusion by going down a fire escape while wearing a bulletproof vest. Several FBI agents had remained on the ground outside and quickly spotted Gibson, who was carrying a Browning Automatic Rifle. Gibson was killed by rifle fire from the agents.

Herbert Farmer was not a leader or a member of any of the depression era gangs which roamed the Midwest during the 1930s. His nickname was Deafy, and after serving time in the Oklahoma State Penitentiary for assault with intent to kill and his wife and he purchased a farm near Joplin, Missouri. Deafy was an accomplished pickpocket, grifter, and swindler. He was well liked by the underworld figures he met in prison and elsewhere, in the manner of most conmen, and his farm near Joplin became a well-known (to the gangsters) refuge from pursuit, as well as a place to hide ill gotten gains.

Fred Barker murdered a police officer in West Plains Missouri in 1931, and Barker, his mother and her boyfriend at the time, and Alvin Karpis all used Deafy’s farm as a safe haven until the resulting uproar died down. Over the course of Deafy’s ownership of the farm, Wilbur Underhill, Jelly Nash, Doc Barker, and several other gangsters were known to have stayed there. Many others are suspected of having been in temporary residence, but due to Deafy’s discretion it is nearly impossible to prove.

From the mid-1920s through the summer of 1933 the safe haven near Joplin was entirely unmolested by local authorities, despite Deafy’s known involvement in various criminal activities in the nearby towns of Kansas City, Missouri and Hot Springs, Arkansas. Not until the FBI began investigating the conspiracy to free Jelly Nash from custody in Kansas City was Deafy Farmer brought to the attention of the authorities.

After investigating the role of Farmer in the Kansas City Massacre, in which four law enforcement officers and Jelly Nash were killed in a botched attempt to free Nash, Deafy was charged with conspiracy and obstruction of justice. Fred Karpis had $2,500 of the money the Barker gang had recently obtained though the kidnaping of William Hamm sent to Joplin to help pay for Deafy’s defense. During the trial Deafy was the only one of the defendants not to testify, as he was said to be too deaf to understand any questions.

Deafy was convicted for conspiring to free Jelly Nash – several phone calls made as part of the conspiracy were traced to his farm, and Deafy had helped other conspirators flee the area by driving them to the airport – and he served two years in Alcatraz. After his release he sold the farm and he and his wife lived in Joplin until Deafy died in 1948. After his death his widow married Harvey Bailey, known as the Dean of American Bank Robbers, suspected of being complicit in the Urschell kidnaping, and a likely former user of the respite offered by Deafy Farmer’s safe house.