This Man Went From WWII Veteran To Wanted Terrorist 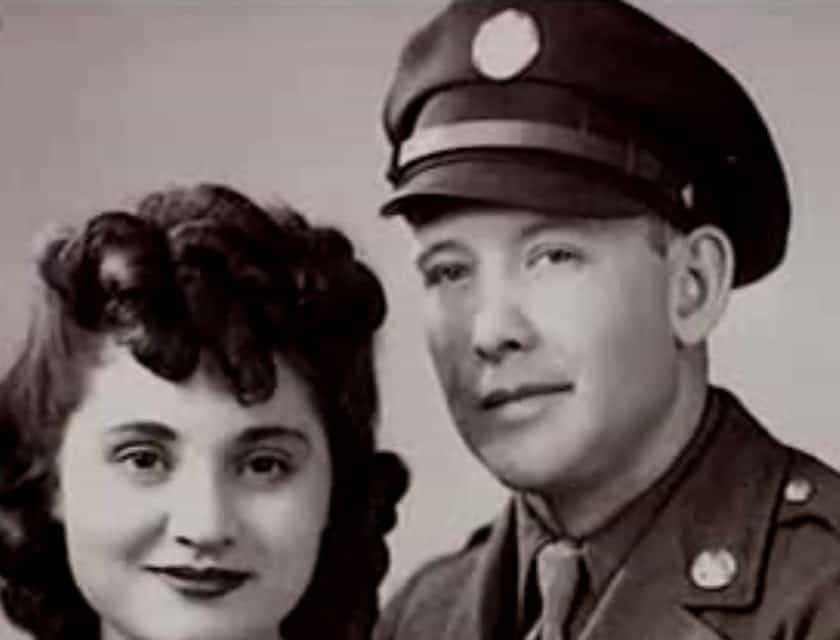 This Man Went From WWII Veteran To Wanted Terrorist

Despite recent hysteria, terrorists do not fit one mold. They come in all shapes and sizes. Men and women alike are terrorists, just as left and right groups both establish terrorist organizations. Black, brown, and white people have all used intimidation and violence to pursue a political motive, which by definition categorize them as terrorists.

Gordon W. Kahl was born on January 8, 1920. The retired North Dakota farmer with roots in the military eventually became a terrorist in the United States of America. He was always conservative and leaned towards the right, and was even a decorated soldier who served during World War II.

Unfortunately, his viewpoints became more extreme after he joined a survivalist, neo-Nazi sympathizer group known as Posse Comitatus. Latin for â€˜power of the county’, the organization was composed of militant individuals who disregarded the authority of the government, including paying taxes.

In support of his radical ideas, Kahl did not recognize forms of government beyond the county level. In fact, he wrote a letter to the IRS explaining he was protesting federal taxation in 1967 because “Synagogue of Satan under the 2nd plank of the Communist Manifesto.” He believed America was following the communism rather than the constitution.

Throughout the 1970s, Kahl created his own chapter of Posse Comitatus in Texas, the first one in the state. It was not until 1976 that he was recorded during a TV interview saying that income tax was illegal. He also encouraged other people to stop paying their taxes.

That same year, he was charged with failure to file and pay taxes in 1973 and 1974. He was found guilty and sentenced to two years in prison along with fines. In 1977, he only served eight months, and his sentence and fine were both suspended. Kahl was then placed on parole for five years.

Parole did not affect Kahl much. He insisted on carrying a firearm and was active in the community. In fact, Kahl pushed for an early sovereign citizen movement. He still desired to withdraw recognition of the federal government, and wanted to create two parallel courts based on English common law.

American farmers throughout the Midwest were influenced by both Posse Comitatus and the township movement, which led to the farm crisis of the 1980s.

On February 13, 1983, Kahl revealed another level of his terrorism. A roadblock was created by federal marshals to stop him as he left a township meeting in order to serve him a warrant for violating his parole. Kahl was traveling with his wife, Joan, and his son, 23-year-old Yorivon, and three others who attended the meeting, including Scott Faul.

Both Kahl and his son were armed with rifles when they came to the roadblock. A shootout erupted, which left U.S. Marshals Kenneth Muir and Robert Cheshire dead. Three other officers and Yorivon Kahl were injured.

The father and son fled the scene; Kahl dropped off his wounded son at the hospital and continued driving.

On May 11, both Yorivon Kahl and Scott Faul were charged with the murders, and on May 28 they were convicted of second-degree murder and sentenced to prison. They are not eligible for release until 2023.

Gordon Kahl remained a fugitive at large. It took four months for the FBI to find Kahl near Smithville, Arkansas. The little town had barely 100 residents, so it was easy to spot an outsider, especially someone from a wanted poster.

However, there was also a group of sympathizers in the town; Leonard and Norma Ginter sided with tax protesters and were housing Kahl about a hundred and fifty miles north of Little Rock.

The couple’s youngest daughter actually tipped off the police about Kahl’s presence there. After the informants had discovered Kahl was indeed hiding with the Ginters, they gathered enough evidence to obtain a search warrant of the bunker-like home. It was located four miles outside of Smithville and had over 20 tax protesters throughout the small region.

Federal officials staked out the house on June 2, 1983. It was conveniently at the end of a long dirt road, but partially constructed underground and made of concrete. Further, the federal officials knew the Ginters had an enormous amount of ammunition, guns, and explosives.

The team organized a raid, and on June 3, the federal agents circled the bunker. It was around 3 p.m. and they had state troopers, sheriff’s deputies, fire trucks, and ambulances ready as a backup.

Leonard Ginter tried to leave his house about three hours later. The federal agents stopped him, but he was equipped with not only a loaded and cocked gun right on his lap but also a loaded rifle with a scope in his backseat. As officials took him into custody, he said his wife was alone in the house. Sheriff Gene Matthews, a state police investigator, accompanied two federal agents through the one and only door of the Ginter’s house. The moment they entered, Norma Ginter immediately ran outside.

Hiding behind a refrigerator, Kahl shot Sheriff Gene Matthews with a high-powered rifle. Critically wounded, the police officer fired back at Kahl as he crawled outside. Likewise, the other troopers and agents shot at Kahl as they left the house.

From the yard, officers released a hail of bullets onto the house. Aside from firing at the home with automatic gunfire, they also used smoke bombs throw the windows. However, one of the canisters fell into an air vent, which instantly caught on fire. A thousand rounds of ammunition ignited simultaneously, and Kahl was trapped in the crossfire. The dynamite-like explosion went on for nearly two hours.

Even after the final explosion around 8:10 p.m., the house continued to burn. State Trooper Charles Harper was at the scene, and he recalled, “We just pulled back and waited three and a half hours until it cooled down. It was raining hard, and lightning was striking all around. We didn’t know which would get us first, the lightning or the bullets.”

Officers were finally able to enter at 10:00 p.m. They claim to have found Kahl’s corpse lying face down near an automatic weapon. Sheriff Matthews also died of his gunshot wounds around the same time.

The Aftermath and Conspiracies

Leonard and Norma Ginter were both convicted of harboring and concealing a fugitive and conspiracy. Although Norma’s sentence was later suspended, Leonard was in from prison until 1987. Several people believe a different side of this story. Gordon Kahl was a respected man who had a persuasive influence on his community and fellow farmers.

The FBI agents and police officers, according to the conspiracy theory, are the ones who committed terrorism against Kahl. They also only torched the house to cover up the dismembering of Kahl’s body.

Kahl’s story has been the topic of documentaries, movies, and books, because many Americans feel taxes are illegal and Gordon Kahl was a political prisoner.