Who were the first Americans? 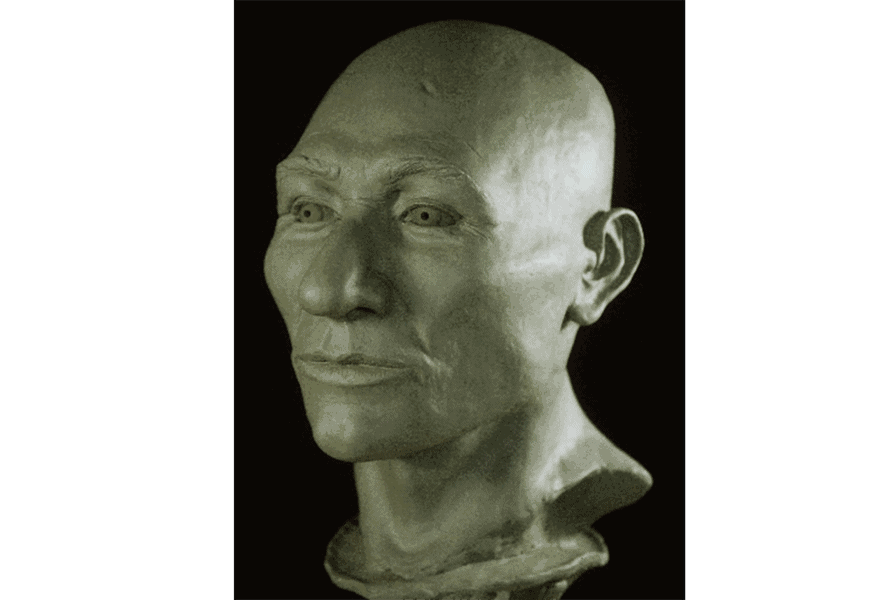 Who were the first Americans?

You, like most of us, probably learned a story of the settlement of the Americas that went something like this: around 11,000 to 12,000 years ago, people from Siberia crossed the land bridge at the Bering Strait into the Americas. They migrated progressively further south over time. That sounds familiar, doesn’t it? In recent years, archaeology has proved this theory wrong, and possibly in more ways than one. Let’s look at the when, where, who of the first Americans.

Let’s start simple. When did the first Americans arrive? Prior to radio carbon dating, we simply didn’t know. In 1950, radio carbon dating showed that the Clovis points, found in Clovis, New Mexico were 11,400 years old. Sites like the Clovis site were believed to be the oldest in the Americas, and the story you probably learned made sense.

New finds over the course of the second half of the 20th century gradually nudged that date back. By 2011, new sites and improved dating technologies revealed stone tools in layers of earth dated to 15,500 years ago. This pushed back the earliest settlement date significantly. In addition, these very ancient sites, including sites in Florida and Texas are not located near areas likely for early settlement, particularly in the context of the Siberian land bridge. Some archaeologists believe that we will find evidence for human settlements in the Americas as early as 18,000 years ago.

This shift in dates poses a distinct problem. The land bridge at the Bering Strait would not have biologically viable until around 12,600 years ago. There was not, prior to that time, adequate timber or food to keep early humans alive on their journey from Siberia to America. These first Americans could not have journeyed by land from Siberia; the route wasn’t yet available.

So, if the first Americans didn’t take the land bridge at the Bering Strait, how did they get to America? Obviously, there were populations of early peoples who did, thousands of years later, make the journey over the land bridge, but they weren’t the first to set foot in the Americas. These populations certainly traveled by land and spread widely, moving down through modern Canada and into the modern United States.

There are several theories about these very first Americans, which we call Paleo-Americans or Paleo-Indians, and they can be quite different.

Many rely on a basic assumption; the first Americans likely arrived in boats, rather than over land. They relied upon marine life as a dominant food source and were skilled seafarers. It is, perhaps, necessary to realize that there were multiple waves of early Americans, from different regions and ethnic groups.

The Pacific coastline appears, based on recent archaeological digs, to be the likely site of the first homes for Americans in North America, but possibly not in the Americas overall. While it’s likely early Americans exploited the sea and marine environment, it remains possible that there was a coastal land route available.

Have you heard of Kennewick Man? Kennewick Man refers to the remains of a Paleo-American found in Kennewick, Washington. Kennewick Man’s remains are more than 9,000 years old. After much controversy, Kennewick Man has been found to be closely related to Native Americans, and has, in February 2017, been returned to tribes in the area for re-burial.

Genetic studies, including the one on Kennewick Man, have shown links between Paleo-Americans and modern Native American populations. New research on sites in the Pacific Northwest is revealing connections specifically to the people of ancient Japan and Korea, as well as to ancient remains from Siberia.

While Kennewick Man shares genes with modern Native American populations in North America, not all early skeletons share the same genes. Modern groups in the Amazon are not related to Kennewick Man, but rather share genes with modern Australian aborigines. Skeletal remains found in Mexico suggest the same, as does a skeleton, named Luzia, found in Brazil; however, genetic testing has not been done.

Notably, the remains connected to Australian aboriginal peoples are typically older than those found in North America. It is possible that the first Americas were sea travelers who came from Australia and other islands in the region. When the next wave of Paleo-Americans arrived along the Pacific coastline or from Siberia, the groups may have interbred, or these new arrivals may have come to dominate the landscape.

What We Do Know

While we don’t know exactly who the first Americans were, or how they came to be in America, we do know that they were remarkably successful. They soon spread throughout North, Central and South America, creating vibrant and thriving cultures in diverse climates and environments. They were smart, adaptable, and mobile, claiming these uninhabited continents for themselves.