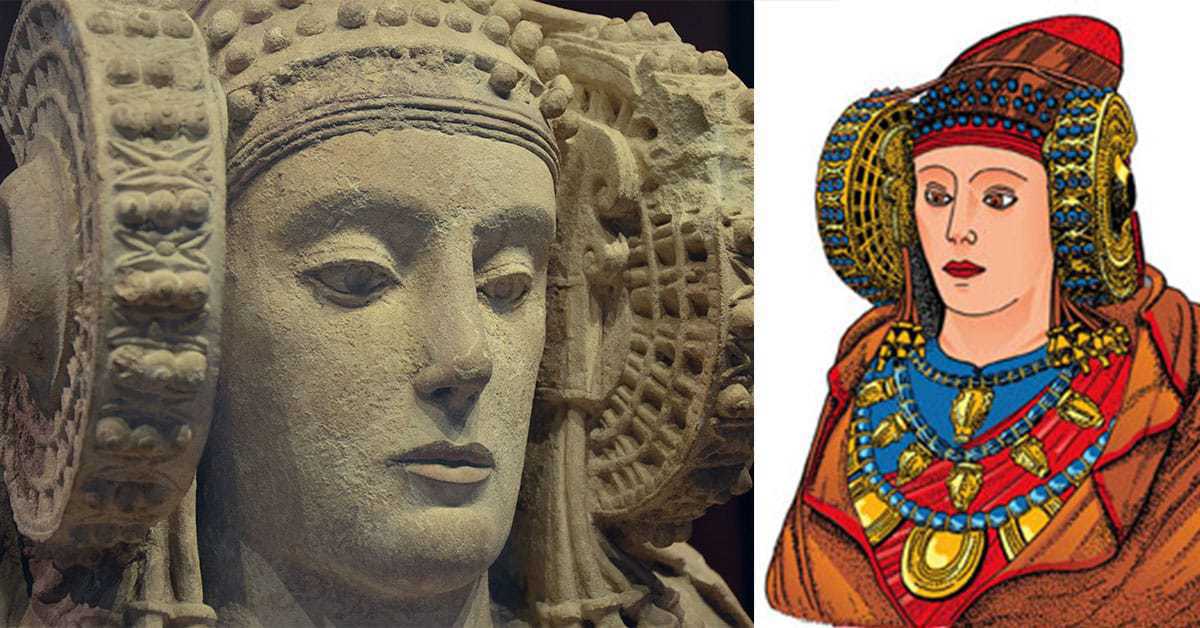 We don’t know who The Lady of Elche is or who she represents. The most popular theory is that she is the representation of a goddess, but even that is the subject of some debate. Some scholars believe that she is Tanit, the chief goddess of Carthage. Others think she may have been an Iberian princess or local aristocrat. Even if we don’t know who she was, there have been some theories on the function that the statue served. Her shape and function have sparked considerable debate. At first glance, she is a limestone bust, but if you look closer, she looks like she was part of a larger piece, as if she was once a full statue.

In 2005, traces of pigments found on the Lady of Elche were tested and confirmed to come from materials that were used to make paint in the ancient world. In 2011, scientists proved the long-standing theory that the Lady of Elche was a funerary urn. They examined particles present in the hole in her back, confirming that they were ashes of human bones. Later comparisons found that the ashes dated from the pre-Roman period, confirming the piece’s authenticity.

The Lady of Elche remains one of the National Archaeological Museum of Spain’s greatest treasures, and it stands to reason that they wouldn’t want to let it go. Still, the city of Elche wants the statue returned to its hometown. In 1965, the statue was briefly brought back to Elche for a two-week exhibition of Iberian culture. Over thirty years later, in 1997, the mayor of Elche fought to have the bust returned to celebrate the city’s 2,000th year for a special exhibit, but the museum denied the petition, stating that the statue was too fragile for the journey.