Photos of Russians Enjoying McDonald's for the First Time in 1990 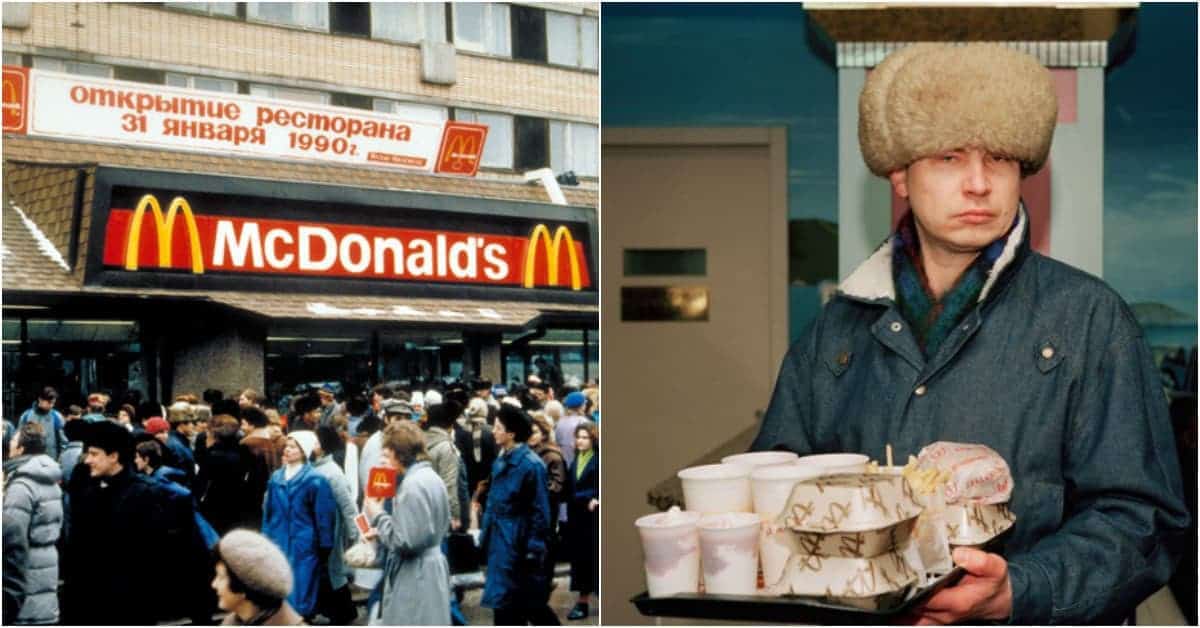 Many people waited in long lines in order to pay the equivalent of several day’s wages for the world-famous hamburgers and fries. The icon of capitalism was readily received by the Russians who were ready for social change.

An American journalist reported the customers were the most amazed by the “simple sight of polite shop workers…in this nation of commercial boorishness.”

The arrival of McDonald’s in Moscow was a small but certain sign that change was on the horizon. In fact, less than two years later, the Soviet Union ceased to exist as a nation, Mikhail Gorbachev resigned as leader of the country, and various Soviet republics proclaimed their independence. As the American newsman reported, the first Russian McDonald’s customers “had seen the future, and it works, at least as far as their digestive tract.”