35 Photos of the 1953 Fairytale Wedding of JFK and Jackie 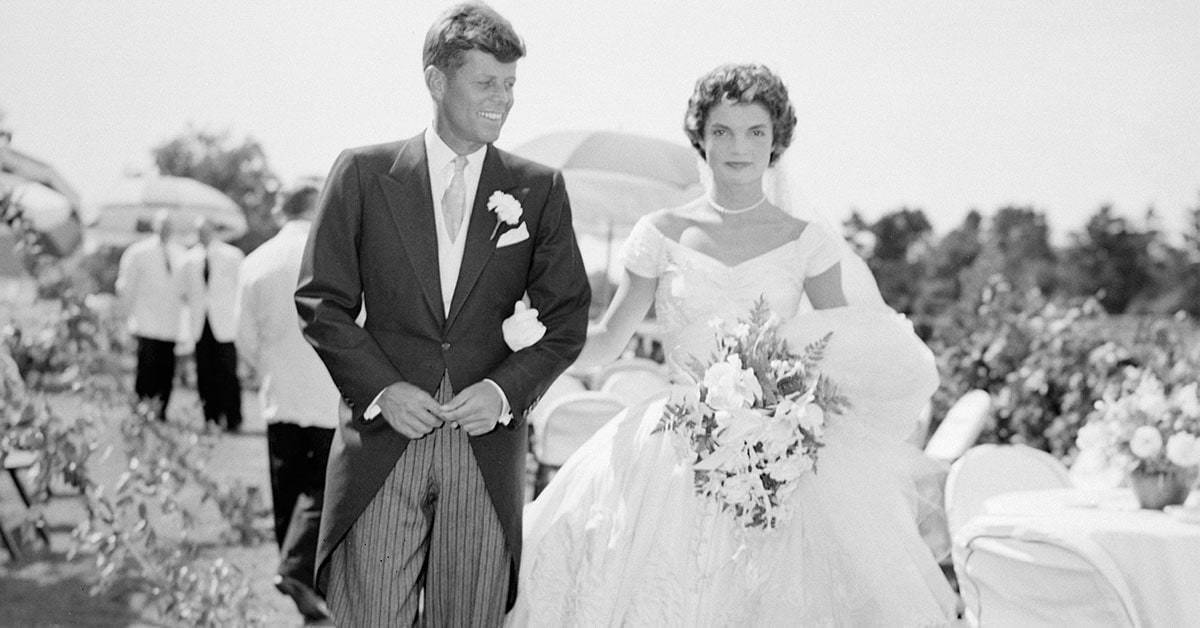 35 Photos of the 1953 Fairytale Wedding of JFK and Jackie

More than 800 guests including senators, diplomats, arrived at St. Mary’s Church in Newport, Rhode Island to attend the wedding. Jackie’s dress, along with all the bride’s maid’s dresses, was ruined after a pipe burst at Lowe’s studio just days before the wedding. Fortunately, all the dresses were recreated in time for the wedding.

The Archbishop of Boston presided over the ceremony, even reading a personal message from Pope Pius XII.

The reception was held at Hammersmith Farm, the family of the bride’s 300-acre property nearby. There were so many people at the reception that it took the newlyweds over two hours to greet all of them in the receiving line. Their first dance was to ‘I Married an Angel‘ by Meyer Davis and His Orchestra.

Biography – Jackie’s Wedding to JFK: How the Kennedy Family Controlled Their Nuptials