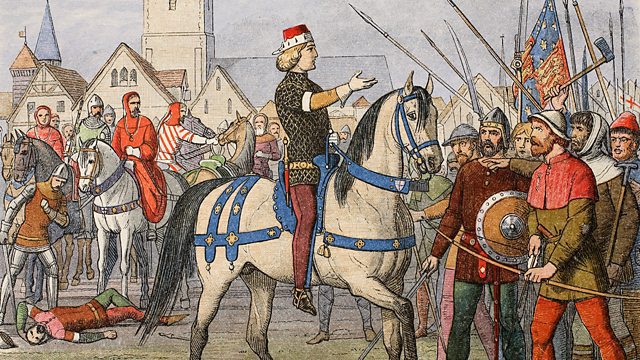 Flails, clubs, and axes were reached for during the Saxon Peasants’ Revolt of 1790 that pitted military nobility against peasants. Things were most heated in the cities of Dresden, Leipzig, and Zwickau, but the dispute was over rural areas and hunting rights. The nobility reserved rights of hunting for themselves. This happened at the same time laws were being passed that took away old ways of doing business during feudal times. The creation of a feudal rent system established financial arrangements allowing peasant land workers to pay for the right to work land for a monetary exchange in accordance to their crop output.

Laws being passed unfairly aligned with the economic interests of the landowners. With this in place, it took only a few more key factors before peasants’ lives were endangered. Lower monetary gains were accented by limited access to hunting rights on gamekeeping reserves. After one long winter and a summer-long drought, peasants feeling desperate for food began to revolt against the state. The outbreak of the revolt was in the quiet village of Wechselburg where the House of Schonberg were the monarchs in resident. The Schonberg territorial ownership spanned from Saxony into Thuringia and Bohemia. Depending on a number of factors that status of nobility living in the areas was dependent on the Holy Roman Empire of the German Nation.

By August of 1790, the peasant revolt became serious; farmers had taken over fifteen patrimonial country districts that equaled 5,000 square meters of land, including areas around cities Dresden, Dippoldiswalde, Stolpen, Radeberg, and Torgau that were experiencing outbreaks of violence. Peasants launched attacks on castles and had managed to disarm the Saxon military through a show of force. Some southern Saxon villages had to release their labor force because of pressure from peasants. In the city of Meissen, 2,000 rebels successfully released peasants who had been imprisoned.

The revolt overall was a success. Peasants were clear in their desire to eliminate hunting laws that favored the privileged, the feudal rent system, and forms of interest on contributions. Some lords were dismissed by the peasants, in other cases, lords agreed to all the peasant requests. The rebellion soon ended and was quelled by the military by September of that year.