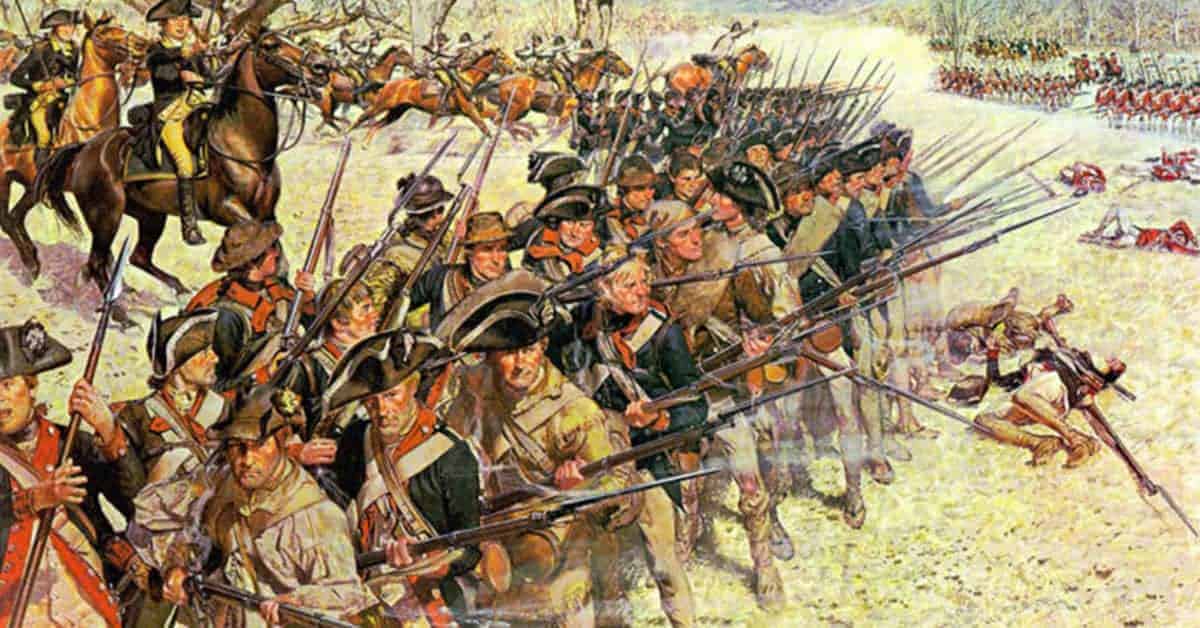 A soldier and a spy, Bissell was a hero on the battlefield and lived every day as a spy with the risk of being found and hanged. Bissell joined the army as a corporal and fought with Washington. He was present at the battles of White Plains, Trenton, and Monmouth.

Practically every soldier under Washington at the Battle of Trenton deserved a medal; the march to the battle claimed the lives of two men and left others with frostbite. Two years later, Bissell fought in nearly opposite conditions at Monmouth. Over 100-degree weather had men dying from heat stroke during the brutal, but inconclusive, battle. During the battle, Bissell was shot in the face, sustaining a serious scar to his cheek but still surviving to fight again.

But Bissell did not fight again, instead, he was given the far more dangerous job of being a spy in New York. Of all the British forces to join as a spy, Bissell joined Benedict Arnold’s loyalist army. Initially planned as a shorter stay, Bissell became seriously ill and lost his opportunity to desert back to American forces. For over a year, Bissell served as a quartermaster for the British and kept track of everything he could think of.

When he was finally able to make his escape, Bissell was arrested by American forces as only Washington and a few others had knowledge of Bissell’s espionage. After pleading his captors to contact Washington, Bissell was recognized and freed. Bissell spent days redrawing maps of British positions from memory and writing down every last important detail he could think of.

For risking his life on the battlefield and within the enemy’s armies, Bissell was awarded the Badge of Military Merit by George Washington. Bissell continued to serve throughout the war and in the American Indian wars after the revolution. A true patriot, Bissell never thought to stay with the British despite serving with them for 13 long months.

As one of the “fathers of the American Navy”, one would think that John Paul Jones would be far from an unsung or unknown hero. However, many people have never heard of the brave sailor, possibly due to Jones’s reputation as a pirate or the fact that he ended his career working for Catherine II of Russia, making his service as an American patriot more difficult to celebrate than Washington or Adams as they followed their revolutionary service with service as presidents.

John Paul Jones perhaps deserves some of his uneasy reputation; his birth name was simply John Paul as the “Jones” was added later in life as he fled from the law. When a twist of fate killed off the captain and first mate of the ship he was serving on with yellow fever, Jones found himself a captain. On one of his earliest voyages, Jones flogged a man who later died. The man happened to be the son of an influential Scotsman, and the repercussions would forever stain Jones’ reputation.

When Jones finally got an American command, he would be one of the first to hoist an American flag over a navy vessel. Sailing from Canada to the Bahamas, Jones fought small battles and largely disrupted British shipping. Capturing British ships was a massive economic swing for the Americans as they now had more ships and whatever supplies that they could find on the captured ships.

Eventually, Jones was sent to disrupt shipping around Britain, with support from the French. With a few ships at his disposal, Jones raided British lands and shipping as best he could. After a few failures, Jones and crew ran into a British escort force and a small but symbolic naval battle erupted. British pride was at stake as the most powerful navy had to prove that they could keep their seas safe.

Jones, commanding aboard the 42-gun converted merchant ship the Bonhomme Richard, faced off against a 44-gun fifth-rate, the Serapis. Outgunned, the Bonhomme Richard was torn to shreds and hundreds killed or wounded in the mostly one-on-one duel as other ships skirmished around them. Jones and his men put up quite a fight and nearly severed the mast of the Serapis.

After long stretches of fighting the Bonhomme Richard was close to sinking and filled with dead and dying, Jones apparently among them as he was slumped over a railing. As the captain of the Serapis called to surrender, Jones perked up, as he had only been resting, and said “I have not yet begun to fight”, with several possible variations but the same intent.