Patients Willingly Paid This Doctor to Starve Them To Death 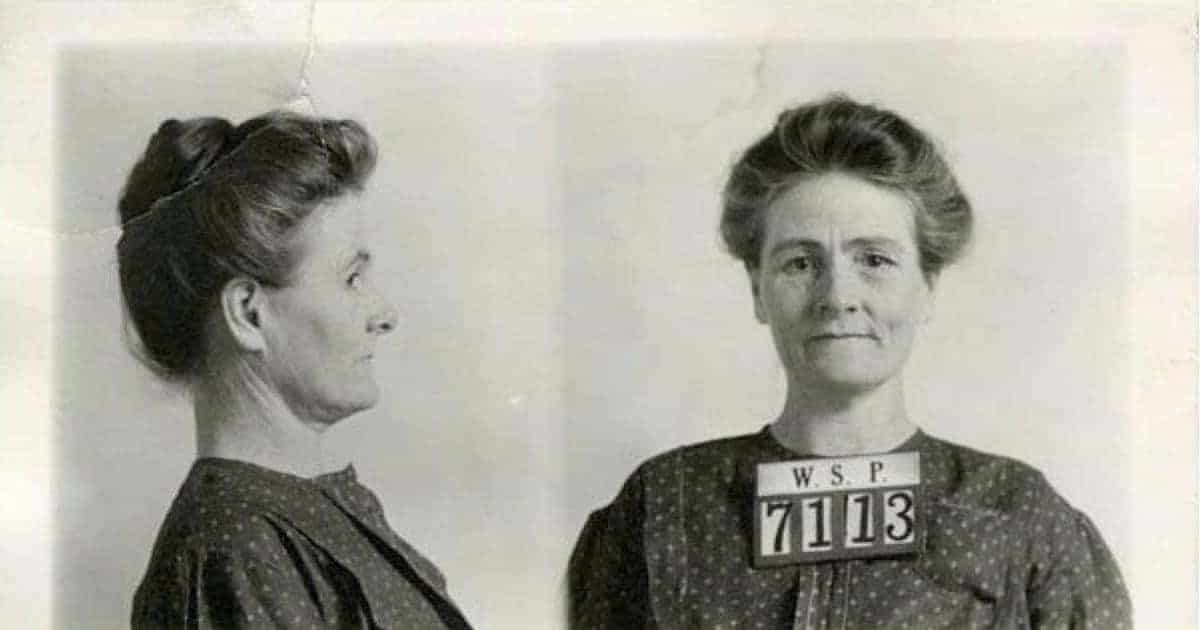 Patients Willingly Paid This Doctor to Starve Them To Death

It is no secret that although beauty standards today are getting a much-needed makeover, being thin is still perceived as a desirable body type to many people. However unfair and misguided the beauty ideals are, Americans still spend millions of dollars every year on diet supplements, books on weight loss, and gym memberships. For many, shedding weight is the magical cure to a litany of ailments and a supposed beginning to a new life full of friends and happiness. While we can agree now that weight is no definite indicator of health, success, or aesthetic achievements, people from the early 20th century had their own theories about what could cure even the most aggressive illnesses.

Food is an absolutely necessary part of survival. Every species requires it; plants require nutrient-rich soil, sunlight, and water; bacteria feast on decaying organisms; humans need fats, proteins, and carbohydrates present in the plethora of vegetables and meats made available to us. Although fasting, the practice of abstaining from food, was common practice for rituals or religious ceremonies, it was not until the late 1800s that it was suggested as a practice to rid the body of deadly toxins.

Doctor Henry S. Tanner fasted publicly for 40 days in New York City in 1880. Tanner was a proponent of what we would call today “alternative medicine”. His public fasting was intended to showcase the positive aspects of abstaining from food and defy modern medicine’s guidelines on healthy bodies. Tanner’s theories were not new, he simply presented them differently than his well-known predecessors. The Greeks practiced fasting for purification. Jesus and yogis both upheld the belief that fasting was important for spiritual progress. Cotton Mather, a prolific player in the Salem Witch Trials believed fasting would rid Massachusetts of its witch epidemic.

Perhaps the rich and involved history of fasting is what led Doctor Linda Hazzard to pursue a career capitalizing on an alternative medicine craze led by a desperate population in search of a miracle cure. Hazzard, whose last name is rather apropos given her actions, would turn a small, idyllic town in Washington state upside down in a legal case that shocked its citizens.

In Olalla, a ferry’s ride across Puget Sound from Seattle, stood Wilderness Heights, owned by Linda Hazzard and her husband, Samuel Hazzard. The town was an otherwise forgetful place, but in the 1910s, Olalla’s notorious Starvation Heights, the local name for the facility, became the headlining centerpiece in many newspaper publications. Hazzard would soon be implicated in as many as a dozen deaths. All victims were patients of Hazzard who had willingly paid great sums of money to be treated by her and her revolutionary fasting cure.

Linda Hazzard was not truly a doctor; she had very little formal training and no medical degree. While she practiced with no degree, she did receive a Washington state license to practice her particularly unorthodox style of health focused fasting. In her self-published 1908 book Fasting for the Cure of Disease, Hazzard wrote: “Appetite is Craving; Hunger is Desire. Craving is never satisfied; but Desire is relieved when Want is supplied”. Hazzard believed the only path to wellness was almost total starvation for multiple days or weeks.

Her patients would consume only tiny portions of vegetable broth. During the fasting period, the patients would routinely be “cleansed” with daily enemas, often to the point of exhaustion and subsequent fainting. Massages that were said to be more like beatings were given to help the cleansing process. Tired and literally starving, Hazzard’s patients became incapable of taking care of themselves or maintaining any life they had prior to visiting her.

As harsh and inconceivable as these methods were, Hazzard fared well and attracted many patients. Immigrants and Americans alike sought her out to cure anything from fatigue to reproductive problems. One notable patient was a Norwegian immigrant, Daisey Maud Haglund. Haglund died in 1908, leaving behind her three year old son, Ivar. Hazzard made Haglund fast for 50 consecutive days.

Perhaps the most famous of the Hazzard deaths were those of Claire and Dorothea, or Dora, Williamson. The Williamson’s were two British sisters, orphaned after the death of their wealthy English officer father. The sisters complained of swollen glands, a dropped uterus, and rheumatism. After reading an ad about Hazzard’s “most beautiful cure”, the sisters became determined to travel to Washington and be treated by Hazzard.

The Williamson sisters had a romanticized vision of both the facility and the treatment process. The longed for the greenery and countryside, a slower pace of living that would allow them to thoroughly heal their minds and bodies. Little did they know that no peace was to be found at Wilderness Heights. Only more sickness leading to their untimely and gruesome deaths.

When the Williamson sisters reached Seattle in February 1911 for treatment, they discovered the facility was not yet ready. Instead, Hazzard put the sisters in an apartment on Seattle’s Capitol Hill. This apartment was where Hazzard began “treating” the sisters with her homemade broth, a mixture of canned tomatoes and water, given twice daily. Claire and Dora were then given hours long enemas in the bathtub. They would frequently collapse from the procedure, so canvas supports were fitted into the bathtub to catch the women when they would inevitably faint.

The Williamson sisters were eventually transferred the Olalla facility two months after they initially arrived in Seattle. By the time they were admitted to Wilderness Heights, they both weighed 70 pounds. Claire and Dora were both prone to alternative treatments of the era, a fact well known by their family members. The sisters both knew if they had told their family of the plan to be treated by use of starvation, their family would have disapproved and prevented them from treatment. For this reason, the women did not tell a single member of their family where they were. If their family had known, they surely would have been alarmed at the sisters’ declining state.

By the time anyone from Claire and Dora’s past became alerted of their condition, it was far too late. Margaret Conway, their childhood nurse, had received an odd cable from the women. Conway felt that the message was so unusual and nonsensical, something must be wrong with the sisters. The nurse bought a ticket to the Pacific Northwest to check on them, but when she arrived, she received grave news.

Samuel, Linda’s husband, met Conway as she was getting off her ship. He informed her Claire was dead. Samuel blamed her death on a concoction of drugs she was given in childhood, claiming the drugs had shrunken her internal organs and given her cirrhosis of the liver. According to the Hazzards, Claire was already far too ill when she arrived for treatment for fasting to have any positive effect. When Conway finally saw Dora, she was in utter shock. Dora, now weighing a meager 50 pounds, looked like an unrecognizable person. Despite the fact that Dora was obviously starving to death, she refused to leave Olalla.

The entire horrific story was unraveling. Linda Hazzard was named executor of the deceased Claire’s estate and was now Dora’s guardian. Samuel Hazzard was also donned Dora’s power of attorney. While the girls were agonizingly fading away, the Hazzards helped themselves to the Williamson sisters goods. Their jewelry, clothing, and furniture now belonged to Samuel and Linda. Linda Hazzard was so brazen and unconcerned over the welfare of Claire and Dora, she delivered news to Margaret Conway wearing one of Claire’s robes.

Because of Conway’s station in life, she was fearful of the overbearing presence of Linda Hazzard. Conway’s servant position meant she had no authority to release Dora from the doctor’s deathly grasp. It was not until the sister’s uncle, John Herbert, arrived that Dora was finally freed. However, Dora’s freedom did not come easy. After significant haggling, Herbert paid Hazzard a thousand dollars for Dora’s release.

Eventually, the involvement of the British consul in nearby Tacoma became the Hazzard’s undoing. Justice for the lives lost was finally to be served. On August 15th, 1911, Linda Hazzard was arrested by Kitsap County authorities for the first degree murder of Claire Williamson. Hazzard refused to take responsibility for the deaths of her patients. It was her belief, as stated in Fasting for the Cure of Disease, that “[d]eath in the fast never results from deprivation of food, but is the inevitable consequence of vitality sapped to the last degree by organic imperfection.”; that is, if you died while fasting, you had another ailment that would have claimed you anyway.

The jury, wholly unconvinced by Hazzard’s testimony, returned with the verdict of manslaughter. Hazzard’s license was revoked and she was forced into hard labor to pay for what she had done to her patients and their families. Altogether, she served in Walla Walla for two years, fasting off and on to prove the legitimacy of fasting.