Operation Gunnerside: The Daring Raid on a Nazi Nuclear Weapons Plant That Ended With 10 Men Pursued by 3,000 Nazis 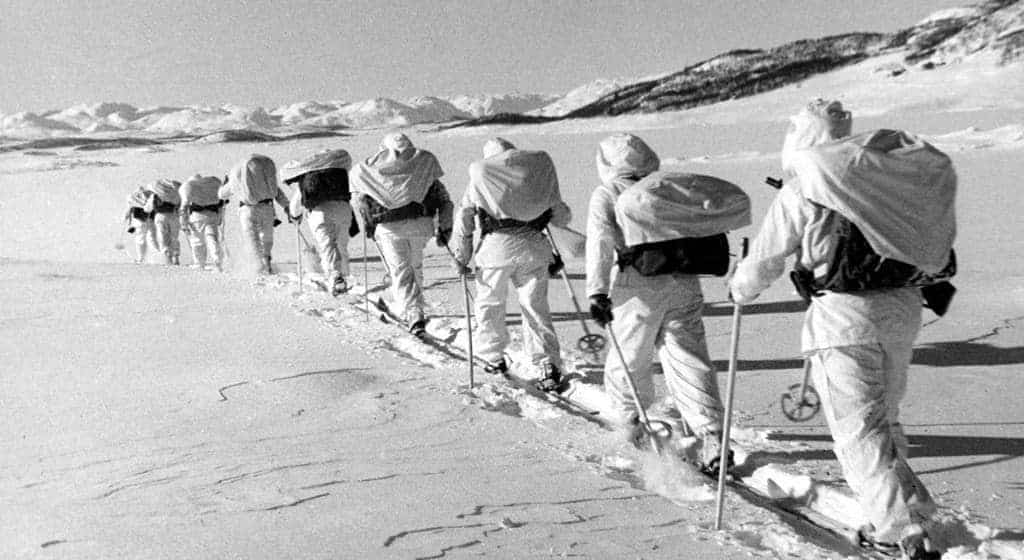 Operation Gunnerside: The Daring Raid on a Nazi Nuclear Weapons Plant That Ended With 10 Men Pursued by 3,000 Nazis

Operation Gunnerside was a daring mission to prevent the Nazis from finding the ingredients to create an atomic bomb. It was part of the Norwegian Heavy Water Project designed to stop the Germans from acquiring the deuterium oxide (heavy water) they needed to create nuclear weapons.

Just before the German invasion of Norway in April 1940, French military intelligence removed over 400 pounds of heavy water from the Vemork Hydroelectric Plant. The plant was capable of creating 12 tons of deuterium oxide a year, so the Allies knew the Nazis would probably use the facility to create the potentially devastating ingredient.

When the Nazis took control of Vemork, the Allies tried everything possible to destroy the plant. In October 1942, they began a pair of missions they hoped would destroy the facility once and for all. In Operation Grouse, four Norwegian commandos trained by the Special Operations Executive (SOE) parachuted into Norway. They made contact with the British and on November 19, 1942, Operation Freshman commenced.

Unfortunately, it was a complete disaster, as 41 commandos died or were later executed. Worse still, the Nazis now knew of enemy plans to destroy Vemork. The four surviving Norwegians remained in the vicinity, but had to survive a harsh winter on just moss and lichens until they found reindeer to eat in December. The British knew the four men had survived, so they decided to attempt another mission called Operation Gunnerside.

Lieutenant Joachim Ronneberg was selected to lead the new mission, and he chose five more Norwegian commandos to carry out the plan. Nothing was left to chance as the six men underwent extraordinarily thorough training. According to Ronneberg, none of the men had ever been to Vemork before but by the time training concluded, they knew the layout as well as anyone in the world. It was an exceptionally young team; Birger Stromsheim was the oldest member at the age of 31.

It appeared as if Operation Gunnerside would share the same fate as Freshman when the mission started on a terrible note. A sudden snowstorm caused havoc, so the team had to be dropped 18 miles from the original landing target. The severe weather meant it took a week for the new commandos to meet up with the four men from the previous missions (they were now nicknamed Swallow).

The Swallow team had carried out extensive reconnaissance of Vemork’s defenses and didn’t have encouraging news. The Germans had increased their security after Freshman with mines and booby-traps now lining the hill above the plant. The single lane suspension bridge, the main path to the facility, had extra guards. The commandos spotted an entry route, but there was a catch.

The â€˜weak point’ was a 660-foot ravine that was so treacherous the Nazis deemed it impassible. One of the Swallow members, Claus Helberg, found a way to descend the ravine, cross the river, climb the other side, and reach Vemork unseen. After reaching the plant, the 10 men agreed to split into two teams; one would destroy the facility while the others would act as lookouts.

Just before midnight on February 27, 1943, the commandos crossed the ravine during a schedule guard change. They crept into the building undetected. According to Ronneberg, two of them began laying the charges. The team knew that if anything happened to threaten the mission, each member had to act on their own. Three others broke a window to get into a room only to find their two comrades at work. The group’s target was a battery of 18 cells which was the last stage in the production of heavy water.

The charges weighed less than 10 pounds; there were four of them with two-minute fuses. Ronneberg elected to cut the fuses to 30 seconds and lit them once everyone had run out of the room. While the blast was thunderous within the room, the guards on the outside barely noticed. They assumed the noise came from the combustion equipment which occasionally made a muffled sound. According to the lookout team, only one guard emerged, and after walking around for a short while, he returned to his station.

Operation Gunnerside was a total success. All 10 members escaped (despite pursuit by a search party of 3,000 Germans) and, according to Ronneberg, it took just three hours to get from the scene of the bombing to the mountainside where their skis were waiting. Although Vemork suffered relatively minimal damage, the commandos destroyed 1,000 pounds of heavy water along with the equipment needed to create it.

Gunnerside halted production of heavy water for several months, but in April 1943, the SOE knew the Nazis would soon be capable of making the ingredient again. They couldn’t launch another commando raid due to heightened security, but a series of bombing raids in November 1943 and the sinking of the SF Hydro (used to transport heavy water) ended German hopes of producing and transporting heavy water.

According to historians, the German nuclear program in World War II was a long way from being capable of producing an effective bomb. However, the Allies didn’t know this, and the bravery of the 10 men in Operation Gunnerside cannot be understated. The SOE later said that the mission was the most successful act of sabotage of the entire war. Every member of the group received war honors, with Ronneberg and two others in receipt of a Distinguished Service Order.

The exploits of these men were even turned into movies; a Norwegian film in 1948 and a better-known 1965 release called The Heroes of Telemark with Kirk Douglas and Richard Harris playing starring roles. Stromsheim lived to the ripe old age of 101 and died in 2012. Ronneberg is the last surviving member of Operation Gunnerside; he currently resides in Alesund, Norway.