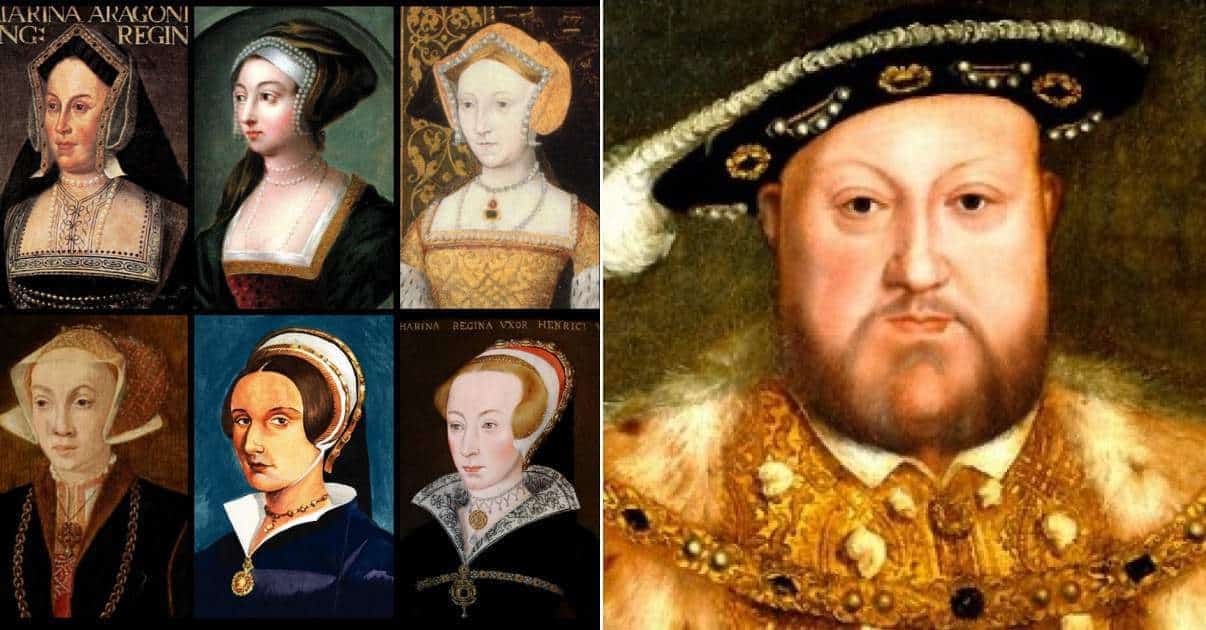 Born on September 22, 1515, in Dusseldorf, Anne of Cleves was the wife that got away from Henry VIII. The daughter of John III, Duke of Cleves, she married Henry in 1540, after the King chose her to cement an alliance with the German Protestant states. The couple never consummated the marriage, with Henry claiming he was not attracted to his German bride. He even went so far as to state that he was deceived into marrying Anne based on an overly flattering portrait painted of her by his court artist, Hans Holbein the younger, which today hangs in the Louvre.

However, Anne managed to turn this personal disaster into a triumph. Although unjustly ridiculed for her looks and failure as a Queen, she weathered the storm and the public humiliation to emerge from her brief relationship with Henry wealthy, independent – and alive, outliving not only her former husband but his future wives.

On October 24, 1537, Henry VIII lost his third wife, Jane Seymour to the complications of childbirth. Henry was reputedly devastated but, although he remained unmarried for two years after Jane’s death, the search was on almost immediately for a new bride. Henry’s breach with Rome had left England vulnerable to Catholic nations such as France and the Holy Roman Empire. It was therefore essential that the King marry, if not for love, then for a military alliance.

However, despite his declining health and looks, Henry still fancied himself as a ladies man. He was determined that any new wife he took should be amenable and attractive. So, while his chief minister Thomas Cromwell set about the practicalities of securing a possible alliance, Henry dispatched his court painter, Hans Holbein the Younger to capture the likenesses of all the potential candidates for Queen of England. There was to be no flattery, Henry ordered. He wanted accurate images so he could make an informed choice.

The problem was, the Princesses of Europe were not too keen on marrying Henry. Age and growing infirmity aside, he had a terrible reputation as a husband. Marie of Guise, who later married James V of Scotland was quoted as saying: “Sir, I may be a large woman, please heed I have a but little neck.” Christina of Denmark, who Holbein painted in Brussels in March 1538 was said to have dressed in mourning to appear as plain as possible to put off the English King of whom she said: “If I had two heads, then one should be at the King of England’s disposal.”

In 1539, Cromwell turned his attention to the German states and found two new candidates amongst the sisters of the Duke of Cleves. Although the eldest sister, Sybille was already married, her two younger sisters, Anne and Amelia were unwed. Cleves was an excellent potential ally. Not only was its Duke at odds with the Holy Roman Empire over disputed territory in Gelderland, but Sybille was married to John Frederick, Elector of Saxony, the head of the Protestant Confederacy in Germany-and the so-called”Champion of Reformation.” A marriage with Cleves would assure Henry of influential allies in Europe.

So, Holbein set out once again, this time to Duren, to paint the portraits of the two potential brides. Amelia’s painting is lost. However, Henry received the picture of Anne with such enthusiasm that within two months of receiving it, the marriage treaty was finalized. In December 1539, Anne of Cleaves set off for her new home- and her new husband.

Holbein’s’ portrait of Anne of Cleves hangs today in the Louvre Museum and Art Gallery in Paris. That it was painted from life is likely because it was painted on parchment, which made it much more portable than a set canvas. Henry VIII would later state that the portrait misrepresented Anne of Cleves, flattering her rather than reflecting her actual appearance. If anything, the opposite was true. The painting shows a richly dressed young woman, her hair covered. The face is attractive enough, but her eyes are dull and heavy. Contemporary descriptions, however, suggest Anne of Cleves was more compelling.

The French ambassador to England, Charles de Marillac, while not considering Anne to be the most beautiful princess in Europe, described her as “of middling beauty and of very assured and resolute countenance.” Anne’s hair, unseen in the painting was: “fair, yellow and long,” according to Edward Hall, an English Lawyer, and historian. When Anne was “apparelled after the English fashion, with a French hood,” her looks were greatly enhanced, said Hall, setting forth ” her beauty and good visage, that every creature rejoiced to behold her.”

Every creature, that is, except her husband. There is a reason to believe issues other than looks that put Henry off Anne. The couple made a bad start. Henry, in a boyish mood at the prospect of a new bride, decided to surprise Anne and meet up with her incognito “to thus nourish love” as he put it to Cromwell. So, accompanied by his gentlemen, the King headed to Rochester Abbey where his future queen was breaking her journey.

Anne was watching a bear bating through a window when, according to Eustace Chapuys, the imperial ambassador to England, the King rushed into her chamber and “embraced and kissed her.” Being set upon by a strange man who then thrust a gift at her must have left Anne more than a little shocked. So it is small wonder that she “regarded him little,…always looking out of the window” as she was likely confused and embarrassed- a situation made worse by her poor English. Henry was not sympathetic. His pride was wounded. “When the king saw that she took so little of his coming,’ said Chapuys, “ he went into another chamber and took off his cloak and came in again in a coat of purple velvet.”

The couple met officially on January 3, 1540. However, matters did not mend. In fact, they grew worse. The King complained that his bride was “nothing so fair as she hath been reported. ” His liking of Anne did not improve when he discovered they had nothing in common. Besides their lack of common language, his future queen shared none of his interests. Henry quickly began to look for ways out of the marriage. But he was trapped. England needed the alliance with Cleves.

On January 6, 1540, the couple married at the Palace of Placentia in Greenwich. They never consummated their marriage. The morning after the wedding, Henry was said to have complained to Cromwell: “I liked her before not well, but now I like her much worse.” Apparently, Henry considered his young bride’s breasts to be saggy- and believed she had an unpleasant body odor.

Anne herself confirmed the non-consummation to one of her ladies, the Countess of Rutland. The King was kind, she said, but all that happened between them was: “When he comes to bed he kisseth me, and he taketh me by the hand, and biddeth me ‘Good night, sweetheart’; and in the morning kisseth me and biddeth ‘Farewell, darling. “

Henry began to work to get rid of his fourth wife. The French-Imperial Alliance in Europe was cooling. This lessened the danger to England, making Henry’s German alliance less vital. Also, the teenage Katherine Howard had caught his eye. So, on June 24, just over six months after her marriage, Anne of Cleves was dismissed from court. On July 6, she was informed her husband wanted an annulment. None consummation was the primary reason cited- as well as Annes’ previous engagement to Francis of Lorraine- an arrangement that was broken off when she was in her mid-teens.

However, Anne surprised Henry by her complete cooperation in their annulment. On July 9, 1540, the marriage formally ended. Henry was so gratefully to Anne for not making a fuss that he gave her a more than generous settlement. As well as houses, including Hever Castle, the former family home of Anne Boleyn, Henry awarded Anne an allowance of £4000 a year- so long as she remained in England. To salve any hurt pride, she became an honorary member of the Kings family, his “Beloved Sister,” with precedence over all women in England save the King’s daughters and his wife.

Henry married Katherine Howard, and Anne settled into her new role. She was much happier as Henry’s sister than his wife. Just months after her divorce, Charles de Marillac observed she was of “a more joyous countenance than ever.” She had every reason to be joyous. By remaining in England, Anne was independent and wealthy, rather than a dependent and cast off as she would have been if she had returned to Cleves. She had standing and status. It did not matter that her looks had been disparaged. She did not need a husband. Nor did she want one. Despite the eligibility, her wealth gave her, Anne of Cleves never married again.

Anne continued to live in England until her death in 1557 at the age of 42. Despite a brief scare during the Wyatt Rebellion, when she was implicated in a plot to replace her stepdaughter Mary with her sister Elizabeth, she remained on good terms with her former husbands’ family. She was the last of Henry VIII wives to die. She was buried in state in Westminster Abbey, remembered by those who served her as a lady of “right commendable regards, courteous, gentle, a good housekeeper and verie bountifull to hir seruants.”