This is One of the Oldest Companies In the World...and It Might Surprise You 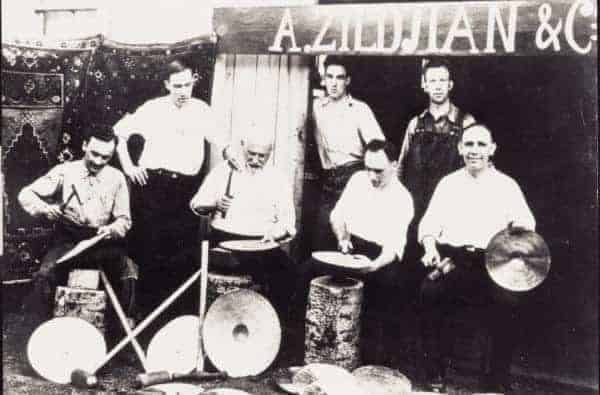 Avedis III, his brother Puzant, and his uncle, Aram Zildjian began manufacturing cymbals, and the Avedis Zildjian Company was officially formed on September 19, 1929, the month before the onset of The Great Depression. Avedis made many changes and improvements in cymbals that are still around today. He was the first to develop drum-set cymbals and gave cymbals names such as “ride,” “crash,” “splash,” and “hi-hat.”

Avedis III’s son started working directly with drummers to get them the best quality product. He earned the title “Father of Artist Relations,” and the company eventually opened a second manufacturing plant to focus on manufacturing of the Zilco cymbals. The company also embraced African American jazz musicians. Having experienced discrimination first-hand at the hands of the Turkish in Armenia, Avedis vowed that his company would never discriminate. Chick Webb and Papa Jo Jones helped Avedis refine the hi-hat and make all kinds of advancements in cymbal making.

World War II marked a tough time for the company when copper and tin needed to be rationed. The company still managed to make it through the war, and they finally wrote down the secret formula to make the cymbal and stored it in the company vault. In the 1950s, business boomed again and the company manufactured 70,000 cymbals per year, as the popularity of modern jazz grows. The company continued to nurture relationships with popular drummers of the day and formed great friendships with Buddy Rich, Max Jones, and Gene Krupa.

In the 1960s, the “new beats” hi-hat was introduced, matched with a lighter top cymbal and a heavier bottom cymbal and to create a more “chick” sound. It became an overnight success. In 1964, The Beatles appeared on The Ed Sullivan Show with Zildjian cymbals and demand exploded. The company concluded 1964 with 90,000 cymbals on back order.

In 1973, Zildjian marked its 350th anniversary by opening a new manufacturing facility in Norwell, Massachusetts. The facility has been expanding ever since. In 1973, the first woman entered the company when Craigie Zildijan entered the family business. The 1980s and computer technology brough about the advancement of the “K” cymbal. It quickly became a bestseller. Zildijan, one of the oldest companies in the world, is now 394-years-old and they remain a leader in the industry.