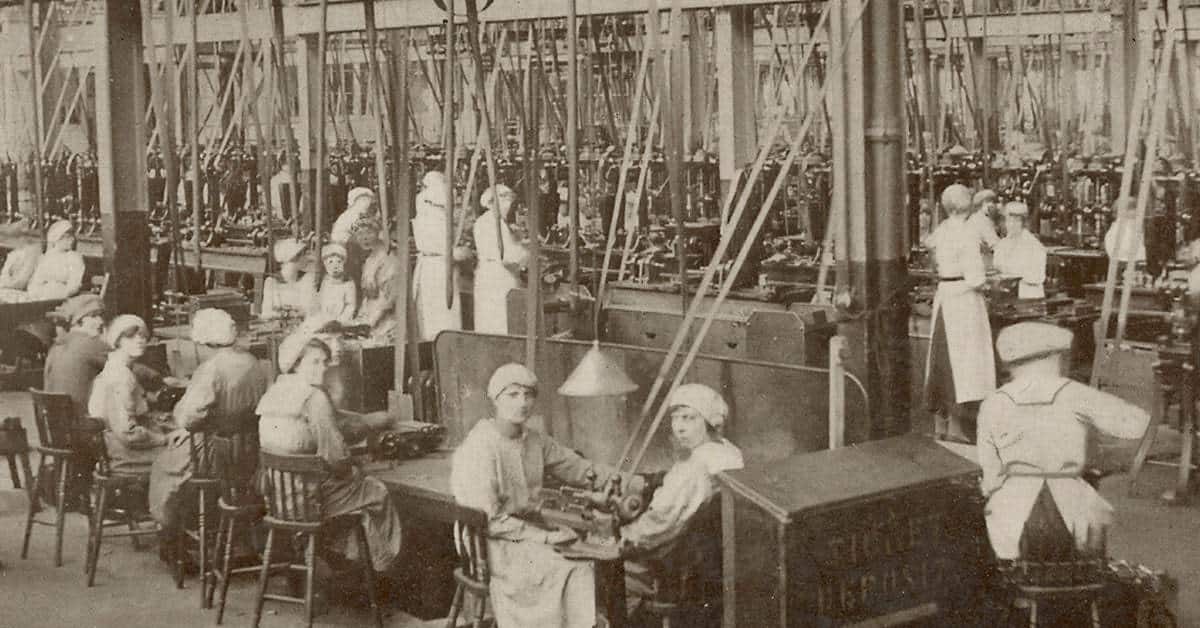 Today, the word “globalism” is on everyone’s’ mind. Some fear a world increasingly dependent on foreign trade. Others worry about domestic industries dying due to over-seas competition. Many are anxious about what a changing economy will mean for their material prospects. Do we allow free trade to flourish despite possible negative consequences for some of our industries at home in the hopes that other domestic business will change and grow as the world becomes more interdependent?

Do we tax imports in order to make our own goods and services more competitive? Or perhaps should we retreat, at least a little bit from global trade in order to reverse the trend of interdependence and globalism?

These questions and concerns seem so modern; so current. And indeed they are. However, they are not as modern as they seem. For centuries, politicians, economists and everyday citizens have been asking the same basic questions. Even more importantly, they have been coming up with many of the same solutions, often with disastrous results.

One such misadventure took place in Great Britain, home of the industrial revolution and birthplace of the modern economic world. In the 19th Century, the British were known for their quality manufactured goods. In fact, as far back as the late 1700’s Great Britain was known as the “workshop of the world”. Revolutions in transportation, plentiful human labor, easy access to key raw materials, rapid advancements in technology and engineering combined with a sympathetic government made a perfect recipe for the creation of the first modern economy.

Finished goods from Britain were the best in the world, known for their quality and value. Everything from large items like railroad parts and locomotives to a multitude of smaller items like furniture, mirrors, silverware and linen were sold throughout the world. Even trivial items such as belt buckles, buttons and little ribbons flooded domestic and international markets. This dominance lasted decade after decade. The British were so used to their business superiority that many began to panic when a new competitor began to challenge the dominance of the British economic colossus. What was the name of this culprit? Germany.

Germans were experiencing massive changes as well. For most of history, a unified German state like the one that we know today did not exist. Instead, a series of smaller, regional states collectively made up a German cultural and language area in the middle of Europe. These smaller German countries were usually unable to threaten lager countries like Great Britain or France due to high taxation and general lack of coordination between states.

All this changed radically in 1871. That year, a powerful politician by the name of Otto Von Bismarck succeeded in a final push to unify Germany, creating a massive and powerful new state right in the center of Europe. It was not long before a greater Germany began to flex its business muscle.

In the beginning, even before German unification, many of their items were either of poor quality or directly copied by secretly replicating successful British business practices. German industrial spies were cunning and ruthless. Famous businessmen such as steel magnate Alfred Krupp, entered Britain under a false name and immediately began taking notes. He used flattery and behaved as nicely and kindly as possible, winning the trust of his British hosts who happily and proudly showed this kind German man all of their successes.

Krupp himself wrote: “the proprietor was flattered that two such smart friends should deign to visit his works.” Germans like Krupp came back from their “study tours” flush stolen information, eager to start competing with their foreign rivals.

The British soon saw German goods flooding markets all around the world, including their own. Many of these items were not just cheaply made, but were mislabeled as well. Some German factories were creating products falsely labeled as made in Great Britain. When it was discovered that Germans were marking scissors, knives and other cutlery as “Sheffield Made”, British businessmen were outraged. Dining ware made in Sheffield was the pride of British manufacturing. A movement began to punish Germans for their shameful theft of industrial ideas and iconic brands.

But there was an even greater, more long-term problem that the British faced when it came to German products. While some German products were poorly-made, or fraudulent, other products were steadily growing in quality. As time went on, many were often as good as or even better than the domestic items that Britons were used to buying.

The paradoxical combination of good, high-quality German imports as well as mislabeled foreign fakes of German origin prompted British politicians to take action. By 1887 the worry was so great that British lawmakers passed the “Merchandise Marks Act”, which forced manufactured goods to state the country of origin. Clearly, this law was passed in order to protect domestic manufacturers. However, there was an unintended consequence to this action.

Though the bill was supposed to protect against cheap knock-offs, something surprising happened. British consumers already developed a taste for German goods. Once the act was passed, even more Britons than before were aware of the amount of German goods they were actually buying. Even the patriotic impulse to buy domestic goods could not stop the desire to buy increasingly excellent German products. Instead of slowing down the consumption of German products, German exports continued to increase. Slowly but continuously, the manufacturer’s mark “Made in Germany” developed into a mark of quality.

By the early 20th Century, the “Made in Germany” mark was already seen as a powerful and recognizable marketing tool. A newspaper article from the Spectator (of British origin) published a conversation occurring in 1907, in which a British man traveling in Germany had a discussion with a German merchant about trade between their two countries. The German exclaimed:

“Now look at your Merchandise Marks Act! It didn’t do what was meant… You passed it to protect your industries, but in fact it has protected ours, for …it showed the traders of the world where the goods were really made”. The same merchant went on to claim that international trade was making Germany so strong that soon there would be a military showdown between to two countries for dominance of the seas, and that the completion may even result in a general war. His remarks are now chilling as war between Britain and Germany as well as many others, broke out just seven years later, with the beginning of WWI.

130 years ago, the British demanded a labeling campaign in an attempt to dissuade domestic consumers from buying foreign goods, out of fear that Germans were selling too many products. Similarly, just a generation ago many Americans were terrified of the Japanese and their auto and audio-visual industries. It did not help that by the 1980’s the Japanese were using their profits to invest in U.S. real estate.

Today, trade with places like China is a big source of concern and stress. Just like early German products, Chinese goods are considered cheaper and of lower-quality. And yet, Americans buy these items with a voracious and unyielding appetite. The Chinese are even known for stealing American intellectual property, much in the same way Germans copied and mislabeled their products so long ago.

As a result, some loudly call for restrictions on trade in a variety of ways. But will changes in trade policy stop inappropriate Chinese practices? Perhaps they may. However, the Chinese may shift their focus to higher-quality products, making them irresistible to Americans markets no matter what our policies may be, thusly transforming the Chinese economy into an even more powerful force, as did the Germans.

Just like the government action that led to labeling demands in Britain, artificial trade barriers have an odd way of causing all sorts of unintended consequences. Material desire is far more powerful than the fanciful aspirations of politicians. Perhaps excitable politicians should be careful for what they wish…