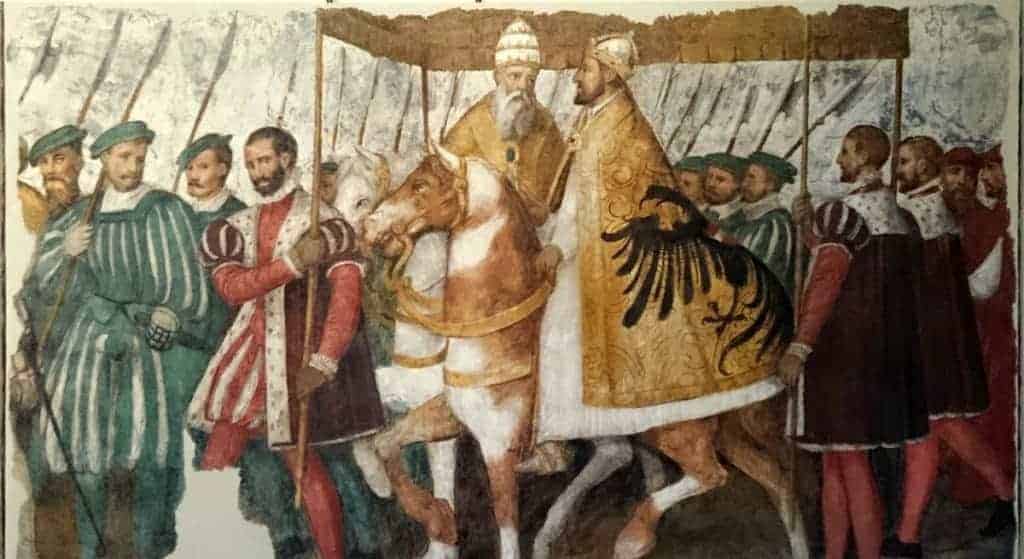 Turning cadavers into glass may seem strange, but Belcher had his reasons. He believed that his studies could be of great value to society. That is, he hoped that his research could be used to turn bodies into beautiful glass objects. This way, people could surround themselves with their deceased relatives. Of course, Belcher was very, very wrong. Nevertheless, he was correct in his belief that silicon – the element used to make glass – can be found in the human body, but only in tiny, insignificant amounts.

9. It wasn’t just wealthy men who suffered from the glass delusion – one young princess was also hit by the mental illness

Again, the vast majority of cases of the glass delusion involved wealthy men. But it wasn’t a wholly male phenomenon. Women also suffered too, as the case of Princess Alexandra Amalie of Bavaria shows. Born in 1826, Princess Alexandra was the fifth daughter of King Ludwig I of Bavaria. She was a great beauty and should have had her pick of dashing princes. However, from an early age, Alexandra struggled with mental illness. She suffered a number of afflictions, including one of the most curious cases of the glass delusion ever recorded.

8. Princess Alexandra believed that if she fell, a glass piano inside her would shatter

When she reached her 20s, Princess Alexandra became fixated on the idea that, as a child, she had swallowed a grand piano made entirely of glass. However much her father the King or his physicians tried to persuade her otherwise, she was convinced that this glass piano remained inside her and was terrified that it could shatter at any moment. To stay safe, Alexandra became something of a recluse, devoting herself to her literary endeavors. She died at the age of 49 having never overcome her unique glass delusion.

7. Was the great composer Tchaikovsky another sufferer of the glass delusion? The evidence suggests he was

Another notable figure who suffered – or is said to have suffered – from a variation of the glass delusion was the composer Peter Ilyich Tchaikovsky. According to several accounts, most of which have surely been exaggerated over the years, the Russian was convinced that his body was extremely fragile, and might even be made from glass. Above all, Tchaikovsky worried that his head would fall off if he did not hold onto his chin. Of course, this made conducting an orchestra extremely problematic, and it’s said he had to work hard to finally overcome his deep-seated fears and pick up the baton.

6. After peaking in the 16th century, the glass delusion steadily vanished, coinciding with the rise of science as a true academic discipline

After the famous cases of Princess Alexandra of Bavaria and the legendary Russian composer Tchaikovsky, instances of people suffering from glass delusion disappear from the history books. According to some scholars, the end of the delusion coincided with the rise of science as a proper academic discipline. Glass was no longer a wondrous substance, and neither was the human body a complete mystery. So, just as the Enlightenment brought an end to many of the more bizarre superstitious beliefs held by the peoples of Europe, so too did the dawn of the scientific age herald the end of the glass delusion.

5. After the glass delusion came the ‘cement delusion’, when people thought they were made of the new and wondrous construction material

Interestingly, the belief that the glass delusion was caused by a fear of the unknown – in this case when glass was new and seen as wondrous or even magical – is lent further weight by the rise of the “cement delusion” of the 19th century. Again, cement was a new material, being used everywhere for construction. Physicians in London and across Europe recorded instances of patients believing their limbs were made from cement! And, once again, these soon disappeared when cement was no longer so new and mysterious.

4. Research has found that the glass delusion perhaps didn’t die out in the 19th century after all…

But has the glass delusion gone for good? Perhaps not. Research carried out in the Netherlands has found that, while it went out of fashion, there were still some cases of glass delusion well after the 1830s. According to Professor Ady Lameijin, former director of the Endegeest Psychiatric Hospital in the Dutch city of Leiden, his predecessors were treating people for the condition well into the 20th century. Most intriguing is a case dating from the 1930s – a full century after it’s widely acknowledged the glass delusion vanished for good.

3. One class case of glass delusion occurred in 1930s Holland, and this time it involved a normal woman instead of a mad king

According to the old case notes from the 1930s, the woman was treated at the Leiden institution after telling her doctor that she felt her legs were made of glass. She also thought her back was made from glass. She hated people touching her and was becoming increasingly reclusive. At least this case has a happy ending. Professor Lameijin’s research found that she made a full recovery. Evidently, psychiatric treatment in 1930s Netherlands was far better than it was in the 16th century.

2. Reports of people suffering from the glass delusion have been found as recently as the 1960s

The most recent recorded case of glass delusion dates back to 1964. Again, it was uncovered by Professor Lameijin. Indeed, it was he who personally treated the patient. A young man showed the classic signs of suffering from a full-on glass delusion. Not only did he feel fragile, he also felt transparent. Speaking to the BBC, Lameijin revealed that the patient was using the delusion as a coping mechanism to keep his overbearing family at bay. With careful psychiatric help, he was able to make a full recovery.

1. Could the glass delusion – or something like it – be set for a comeback

Despite being one of the strangest episodes of 16th century European history, relatively little research has been done into quite what caused the glass delusion. Was it simple superstition? Were royals and other powerful men scared of the rising mob? Or were they scared of glass, a wondrous invention back then? Nobody can say for sure. However, according to some psychiatrists, the modern world could see an outbreak of a similar delusion. As one 2015 article in the respected Paris Review noted: “The glass delusion has powerful contemporary resonance in a society in which anxieties about fragility, transparency, and personal space are pertinent to many people’s experience of, and anxieties about, living in the modern world.”

“An odd kind of melancholy: reflections on the glass delusion in Europe.” Gill Speak, The History of Psychiatry, 1990.

“The Delusion That Made Nobles Think Their Bodies Were Made of Glass” Hadley Mears, History.com, December 2017.

“The ‘Glass Delusion’ Was The Most Popular Madness Of The Middle Ages.” Gizmodo, September 2014.

“Glass Delusions – Once a Common Form of Madness.” The Paris Review, May 2015.