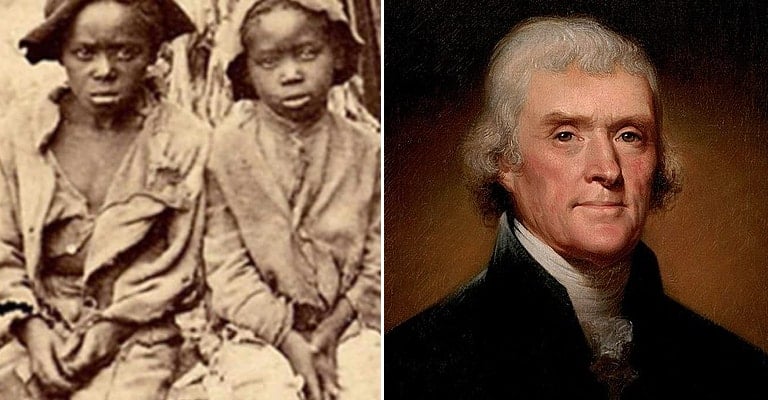 Over the past few years, Muslims have frequently found themselves at the center of debates regarding religious freedom in the United States. These debates came to a head when President Donald Trump issued a travel ban for people holding passports from some Muslim-majority countries, including Somalia, Yemen, and Syria. When the Supreme Court upheld his travel ban, many people felt that the ruling was an affront to religious freedom and a disguised attack on America’s Muslim population. What many people today do not realize is that Muslims have been at the center of debates regarding religious freedom for centuries, dating back at least as far as the founding of the United States, if not earlier.

Thomas Jefferson was the author of the Declaration of Independence, the third president of the United States, and, in many ways, the architect of the concept of separation of church and state. In fact, when Jefferson was still a law student – 11 years before he wrote the Declaration of Independence – he purchased for himself a Qur’an, indicating that followers of the religion already had a significant presence in the colonies. Two centuries before Barack Hussein Obama would face the same conspiratorial charge, Thomas Jefferson was accused of being a “closet Muslim.”

Some scholars now question the Protestant-dominated version of early American history in favor of a society that was much more pluralistic and accepting of people of other faiths. Shortly after writing the Declaration of Independence, in preparation for the establishment of the United States of America, Jefferson returned to Virginia and drafted state legislation regarding religion. He drew on the philosopher John Locke, who lived a century before, when he said, “neither Pagan nor Mahometan [Muslim] nor Jew ought to be excluded from the civil rights of the commonwealth because of his religion.”

Jefferson certainly did have his own criticisms of the Muslim faith. Having read the Qur’an for himself, he believed that Islam did not promote free thought and enterprise and that, like Catholicism (which he also denounced), it was inextricably tied to the state. Seeing as Jefferson wanted to promote religious freedom, he had to reject the notion of state-supported religion, but he wholeheartedly supported the full civil rights of all Americans, no matter what their faith might be. In the Virginia Statute for Religious Freedom, he wrote, “(O)ur civil rights have no dependence on our religious opinions.”

Indeed, one scholar of Islam in America at the time of the founding, noted that whether or not constitutional rights reached the Muslim population provided a litmus test for the validity of those rights for all Americans. Along with James Madison, another founder who would also become president, Jefferson strove to ensure that taxes would not be used to support a religious institution. In fact, Baptists and Presbyterians, who were not part of the established Church of England, allied themselves with Muslims to ensure that religious freedom extended to all.

The Earliest Muslims in America

Jefferson’s concern to make sure that he included Muslims in legislation regarding religious freedom may say more about him than about America’s Muslim population at the time of the founding. There were probably very few Muslims in early American history, at least who were not slaves. Sadly, those who were slaves did not enjoy Jefferson’s protections, and many were forcibly converted to Christianity. Estimates as to how many slaves were Muslims are as high as 30% (not surprising, seeing as West Africa, where many slave traders kidnapped Africans and brought them to America to sell, is predominantly Muslim).

We know that Christopher Columbus was indeed not the first European to travel to the Americas; the Vikings would arrive on the shores of Canada 500 years before he sailed the ocean blue. Additionally, there is evidence to suggest that the first Muslims may have come as early as the 12th century, well over 300 years before Columbus. They were probably Moors, Muslims who lived in Spain, who were fleeing religious persecution. Some evidence even suggests that when Columbus did make his famous voyage, he carried with him a book that Portuguese Muslims had written after navigating to the New World.

Ironically, religious freedom only extended to those who already had freedom of their own persons. In other words, Muslim slaves did not have the freedom to practice their religion. Things like the ritual prayer that Muslims perform five times a day and the Ramadan fast could be met with severe reprisals from slave masters. Efforts to carry on their heritage and pass it on to their children had to be done in secret. Many African-Americans today who descended from these West African slaves are converting to Islam as a means of rediscovering both their heritage and an essential aspect of early American history.

For many Muslims, the struggle for religious freedom was inseparable from the struggle for personal freedom from slavery. One statement that the Hanover Presbytery sent to the Virginia General Assembly regarding Jefferson’s proposed legislation on religious freedom read that: In this enlightened age, and in a land where all of every denomination are united in the most strenuous efforts to be free, we hope and expect that our representatives will cheerfully concur in removing every species of religious as well as civil bondage. The statement went on to specifically mention Muslims as being equally deserving of religious freedom as their Christian counterparts.

The quest for ensuring religious freedom throughout the newly-established country extended beyond the borders of Jefferson’s Virginia. Because Islam, Judaism, and Catholicism were considered minor religions next to the dominant Protestant denominations, some legislators in other states wanted a “religious test” for those who would hold public offices. They wanted to ensure that those of “inferior religions” wouldn’t be in authority over Protestants. The debate continued for nearly two centuries, all through the 1960 presidential campaign of John F. Kennedy, who would become the first non-Protestant to hold the office of President of the United States.

The Contributions of Muslim Americans

If you listen to some mainstream media, you might be led to believe that Muslims are on a mission to undermine the United States and institute Sharia law in place of the constitution. And that belief would fly in the face of George Washington, who gladly allowed Muslim soldiers to fight in his army during the American Revolution. One notable Muslim who served under him was Peter Buckminster, who, at the Battle of Bunker Hill, fired the shot that killed British Major General John Pitcairn. In 1786, the Muslim-majority country of Morocco became the first country to recognize the United States formally.

George Washington probably wouldn’t recognize many aspects of America today, from the skyscrapers that define skylines of many American cities to President Trump’s anti-Muslim rhetoric and the Supreme Court’s upholding of his travel ban. But he probably would appreciate that a Muslim-American architect, Fazlur Rahman Khan, was the person who came up with the design for modern skyscrapers. Khan was born in Dhaka, Bangladesh and emigrated to the United States, where he became the “Einstein of structural engineering.” Structures like the famous Sears Tower in Chicago and the Hubert Humphrey Metrodome in Minneapolis, as well as many of the skyscrapers in Manhattan (including Trump Towers), relied on his design.

Steve Jobs, the co-founder of Apple, is arguably one of the chief architects of the modern world. He made personal computing accessible to the mass public before inventing the iPod, iPhone, and iPad; the latter two revolutionized society and put worlds of information at people’s fingertips. Jobs was not a Muslim, but he traveled to India during his college years to study Zen Buddhism and seek enlightenment. Moreover, his biological father, Abdulfattah Jandali, was a Muslim. Jandali emigrated to the United States from Syria, where he met Jobs’ mother; when she became pregnant out of wedlock, custom at the time dictated that they place the child for adoption. Though the Muslim Jandali did not raise Steve Jobs, without him, personal computing may have taken decades.

Jandali wasn’t the only Syrian-born Muslim-American to bring something great to America. At the St. Louis World Fair in 1904, an ice cream seller ran out of dishes for serving his delectable, all-American treat. Not to worry, because just a few booths over was Ernest Hamwi, who sold a Syrian sweet called zalabia, something that resembled a waffle. He rolled his zalabia into cone-like shapes for his neighbor, who put the ice cream into them for serving. And thus the ice cream cone was born.

Muhammad Ali, the great boxing hero, was a Muslim, along with Mike Tyson and basketball stars Kareem Abdul-Jabbar and Shaquille O’Neal. Comedian Aziz Ansari grew up in a Muslim family, and fellow comedian Dave Chappelle converted to Islam as an adult. Today, you are more likely to be treated by a Muslim doctor than a Christian one. Muslims have long had a significant impact on American history and culture, from becoming the de facto measure of religious liberty in the days of the founding to actively creating many aspects of America that we now take for granted.

“Jefferson, the Constitution, and the Quran: Why the Founding Father’s Defense of Muslims is Really Important Today”, by Denise Spellberg. Newsweek. June 3, 2017.

“The Muslims who shaped America – from brain surgeons to rappers”, by Stuart Jeffries. The Guardian. December 8, 2015.