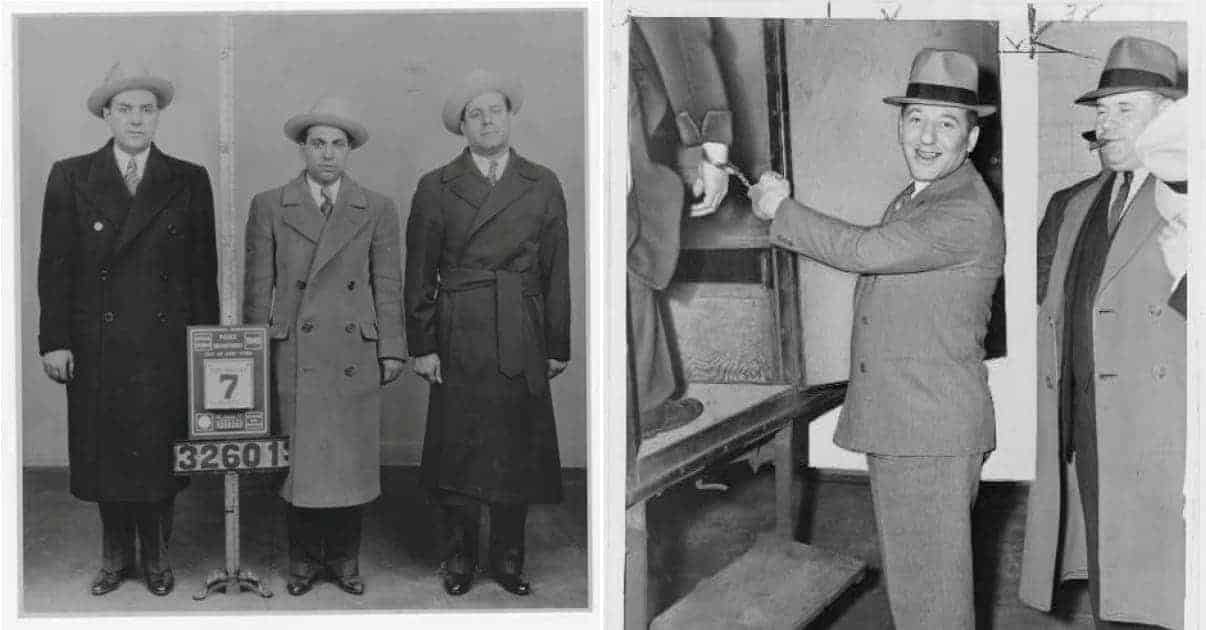 The Unmasking and Undoing of Murder Inc.

Murder Inc. began to unravel in 1940, when Harry Rudolph, a career criminal and police informant, was held as a material witness in a 1933 murder of a minor teenaged gangster. Rudolph implicated three Murder Inc. hitmen, and one of the trio, Abraham “Kid Twist” Reles was flipped by the authorities, and agreed to testify against his colleagues in over 200 murders.

Until then, the authorities had been unaware of the mafia’s streamlined contract killing system, let alone its scope and extent. Abe Reles’ flipping was thus the moment when the smelly stuff hit the proverbial fan for Murder Inc. Worse, for Murder Incorporated’s leaders and contract killers, Abe Reles turned out to be some kind of savant, with a freakish photographic memory of nearly every moment of his entire life. As applied to Murder, Inc., it meant that Reles could provide detailed testimony of every murder he had been involved in or heard of. That included dates, participants, where the killings had occurred, and how they had been carried out.

Once Abe Reles started singing, other Murder Inc. killers saw the wisdom of cutting a deal with the authorities. Eventually, four other hitmen turned state’s evidence, and joined Reles in sinking their former colleagues. The first trials of the mafia’s contract killers began in May of 1940, and with the testimony of Reles and the other canaries singing, the convictions came in quick succession. They included the conviction and sentencing to death of Louis Buchalter, Murder Incorporated’s founder, his chief lieutenants, and other hitmen. Within a few years, Murder Inc. had vanished, with most of its members executed or imprisoned.

Reles and the other hitmen who had turned state’s evidence were stashed by the authorities in a secure location, the Half Moon Hotel in Coney Island. Early in the morning of November 12th, 1941, with police guarding the door, Reles fell to his death out the window of his sixth floor hotel room. Police explained it as an accidental death, but the circumstances were such that it was clear that the mob had gotten to Reles’ police bodyguards, and that one or more of them had pushed him out. As one mobster put it: “The canary could sing, but he couldn’t fly“.