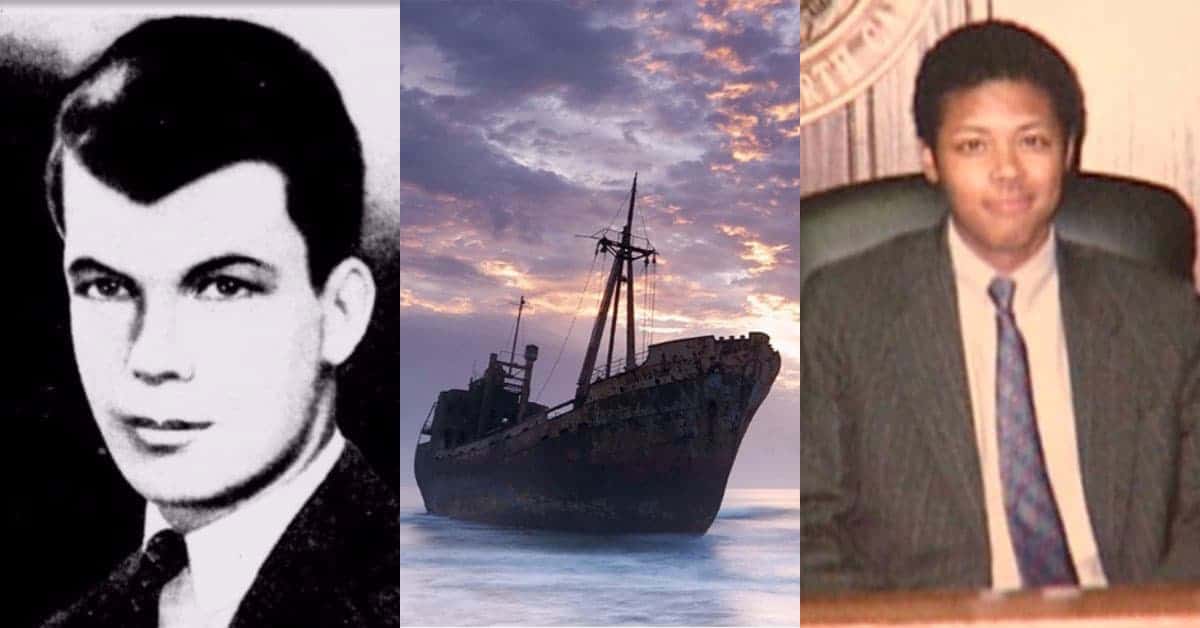 The strange ‘Lost Boy Larry’ case divides opinion as to whether it involved a distressed young boy or was simply a cruel hoax. On August 7, 1973, CB operators in New Mexico were shocked to receive a call from a young boy who was pleading for help. He said his name was Larry and was trapped in a red and white pickup with his father who was possibly dead. He claimed they were hunting rabbits but the truck was involved in an accident and the vehicle overturned.

Other CB radio operators said they heard the transmission and a frantic search for the boy began. The big problem with the case is that the young boy never gave his last name and offered varying reports about the condition of his father and the nature of the accident. In one communication, he said his father died from a heart attack in the accident, but in a later call, he said his dad was alive but unconscious.

The operators were frustrated to find that the signal kept fading in and out. The atmospheric conditions resulted in Larry’s pleas being heard in Wyoming, California and several other locations. The authorities began their search in New Mexico, and thousands of volunteers started to search for the missing boy. His signal grew ever weaker, a sign his battery was running out. To make matters worse, practical jokers got involved and made calls where they mimicked his voice.

On August 12, no one had found any sign of the boy or his truck, and his signal disappeared for good. Authorities came to the conclusion that the entire escapade was nothing more than a hoax. During the search, one rescue worker said the boy called himself David during a call. Larry also claimed to have seen the search lights of an airplane as it looked in Albuquerque’s Manzano area. An army sergeant claimed he spoke to Larry for three hours on August 12 but did not get any information on the boy’s condition or location. The search was called off on August 13.

While those who spoke to Larry believe he was real, the evidence suggests it was a hoax. It is unlikely that the battery would have lasted that long and a CB radio signal in the truck would surely not have been strong enough to reach across the U.S. and into Canada. Also, if the truck was upside down, the antenna was almost certainly broken. On the other hand, if it was real, then a young boy and his father died all alone in the desert.

The SS Baychimo was a steel-hulled cargo steamer that went missing in 1931 along the Alaska coast. It was spotted in 1969 but has not been seen since. The Baychimo was constructed in 1914 and launched the following year. It was destined to sail over treacherous waters as its main mission was to carry furs, pelts and other cargo between the trading posts of the icy Arctic waters. It also made trips to Alaska and British Columbia with passengers and cargo.

After nine successful journeys over the harsh seas, it hit trouble on October 1, 1931, when on a routine journey to Vancouver with a cargo of furs. Alas, the crew did not realize that winter had come early that year, so the ship had to face icy waters and blasts of freezing wind. A sudden blizzard descended and trapped the ship and its frightened crew. The captain of the Baychimo knew that the crew had to abandon ship and they proceeded to the town of Barrow on foot.

They safely made it to the town and stayed there for a couple of days before returning to discover the fate of their ship. To their surprise, they found the Baychimo had broken free from the ice and was drifting aimlessly on the water. The captain elected to wait for an opportunity to retrieve the ship and set up camp. However, the weather worsened, and on October 8, the ship was trapped in ice once again.

On October 15, the Hudson Bay Company, the owners of the vessel, took action and sent a rescue team to help the crew. 22 people were rescued, but the captain and 14 others refused to leave and elected to remain in the camp. A blizzard on November 24 took the ship out of the captain’s line of sight. The dejected crew packed up and left, but one week later, an Inuit seal hunter said he saw the Baychimo drifting 45 miles from its last location. The captain found the ship but decided it was not seaworthy so the crew salvaged as much as the cargo as they could and finally abandoned ship forever.

Incredibly, the Baychimo survived the winter and tales emerged of it sailing around the north Atlantic waters. It followed a strange pattern as sometimes it was out to sea and on other occasions, it was near the coast. Some intrepid explorers tried to board the ship, but it evaded their efforts very skillfully for a vessel without a crew. On other occasions, sailors claimed it vanished in front of their eyes.

The last sighting of the Baychimo was in 1969. Despite concerted efforts to locate the vessel, not a trace has ever been found. Perhaps it finally sank, or else it was salvaged in secret? How did it manage to avoid being boarded despite dozens of attempts? It is incredible that it survived almost 40 years in some of the world’s most unforgiving waters; it seems improbable that it could last another 50 years because surely, its hull finally gave way and it sank?