Modernizing the Trojan Horse: 7 Outlandish Disguises the Military Used to Fool The Enemy 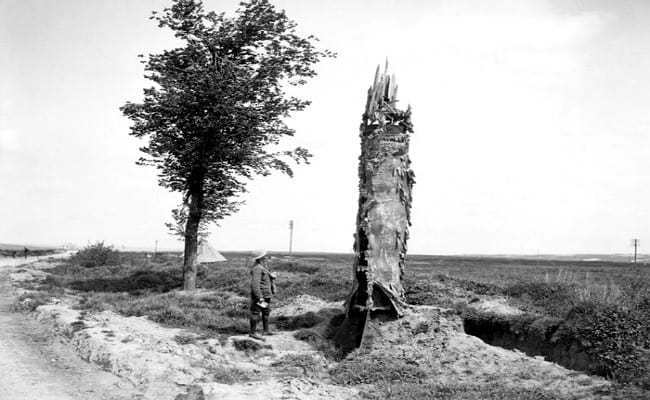 Modernizing the Trojan Horse: 7 Outlandish Disguises the Military Used to Fool The Enemy

Military forces have long used camouflage as a means of hiding from the enemy. In other cases, they’ve gone above and beyond, forming crafty plans to undermine the intelligence of their rivals. Here are seven examples of military disguises that bordered on the edge of absurd – and worked. 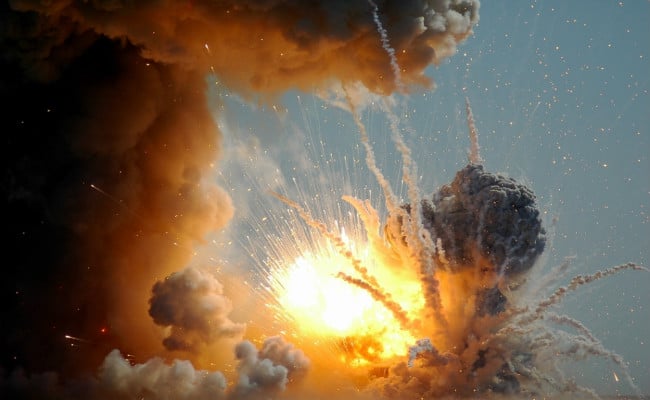 In Southeast Asia, the OSS had plans to disrupt the Japanese forces. With this in mind, they looked to chemist George Bogdan Kistiakowsky for assistance. And he didn’t disappoint, as he created an explosive that could not only be disguised as flour, but could even be used for baking, leaving no room for suspicion from the enemy.

The so-called “Aunt Jemima” formula contained three parts explosive and one part flour. It could easily be transported and snuck past the supervision of Japanese troops. If any did find reason to mistrust the imported flour, a realistic (and edible) loaf of bread could be prepared and served, proving it was, in fact, simply “flour.”

And though people could ingest the original mixture, it had the possibility of making the eater fairly sick. In fact, providing an example involuntarily, a Chinese cook ate a muffin without permission, leading to an illness that nearly took his life.

After said incident, a second version was created to be far less toxic and could be eaten in moderation with no issue. By the end of the operation, over 15 tons of “Aunt Jemima” infiltrated the area – and the Japanese never discovered the hidden explosives.

6. Crossdressing For the Sake of Revenge 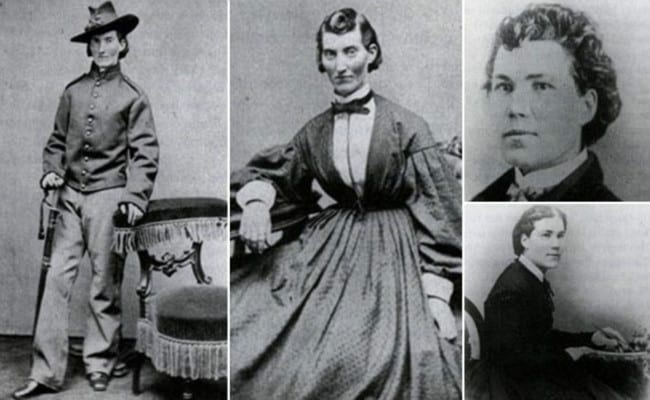 Unfortunately, civil unrest led to tragedy in Munich in the 1970’s, when Palestinian forces took the lives of Israeli athletes in a deadly ambush. By 1973, Israel launched Operation Spring of Youth, hoping to target the Palestinian Liberation Organization (PLO) in a plan for revenge. For the operation targeting PLO leaders living in Lebanon to succeed, the Israelis had to focus on being very stealthy.

Carrying out assassinations without looking suspicious on the way in would require great skill and ample planning – unless, of course, you come up with a ridiculous plan that requires none of that. And that’s just what the Israelis decided to do: turn to crossdressing.

After reaching the shores of the Lebanese coast on April 9, 1973, Israeli commandos embraced their feminine sides by donning dresses and wigs. They even pretended to be in a loving relationships with their fellow soldiers who weren’t in drag, pairing up with some of the other commandos to appear inconspicuous.

Just as Mossad agents allowed them into the area, the commandos immediately blasted through doors and descended on the houses of their targets. Meanwhile, other commandos were on guard outside of the homes, still dressed as women. The disguise proved successful, as the operation was completed with the loss of only two Israeli commandos.

5. More Crossdressing From the Israelis, Now With Pregnancy 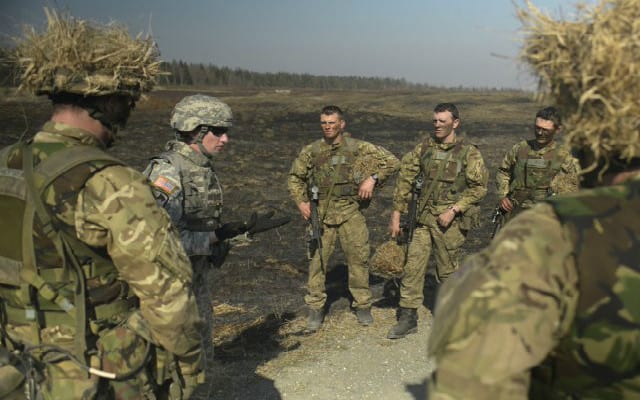 The West Bank in Jerusalem has been an area of continuous struggle, with deadly clashes occurring between Palestinians and Israeli security for years.

And in November 2015, a Palestinian 20-year-old by the name of Azzam Shalaldeh was under suspicion for stabbing an Israeli citizen. As he was actually shot by the person who fingered him as his attacker, Azzam took shelter in a Palestinian hospital in Hebron.

But as he was being treated for his wounds, Israeli authorities made it clear they wanted to arrest him. Despite their authority, Israeli security forces weren’t very welcome in the West Bank, so taking him by force wouldn’t make for an easy getaway.

So once again, an undercover unit of Israeli soldiers from Duvdevan went with a tried-and-true successful approach – the crossdressing angle. They entered the hospital as a happy family of relatives, with a pregnant woman in tow in a wheelchair. They played that she was going into labor, and the family was merely in attendance for support.

Hospital staff thought nothing of it, and they were easily granted access. Once they entered the hospital, the unit immediately disrobed from their disguises and finding Azzam on the third floor, where they shot Azzam’s cousin and kidnapped Azzam in a wheelchair, taking him under their control.

4. Fooling the Enemy With Decorative Weaponry 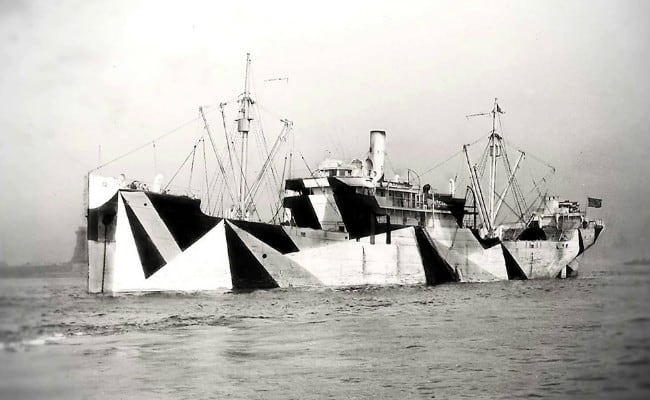 In 1917, during the height of WWI, German U-boats were notorious for sinking a good 20% of the British naval fleet. So, in order to keep more of their vessels afloat, the British decided a certain ‘dazzle’ approach to their ships’ external walls would provide some much needed camouflage.

Artist Norman Wilkinson designed the ships to completely obscure the bearings of the ships, so that the U-boats couldn’t target them on the open sea. The decoration included geometric shapes in black and white colors, disguising the locations of the bow and other parts of the ship the U-boats looked for to determine how best to attack by a ship’s class.

While conclusive evidence hasn’t been documented, anecdotal evidence and research has certainly indicated that the gaudy design proved effective.

3. The King’s Soon-To-Be Bride Was a Fake All Along 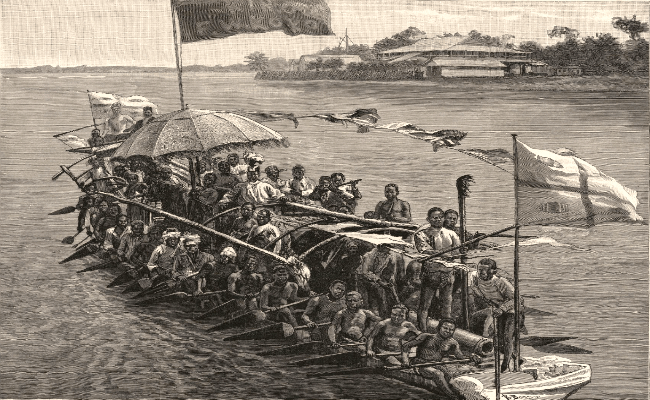 During the years between 1665 to 1678, the African Kongo kingdom was torn apart by civil war, with two dueling noble houses looking to take control. Manuel de Nobrega, a relative of a former king, and Pedro III from the opposite household were at odds, with both wanting to win the throne.

De Nobrega decided to trick Pedro III by initiating a marriage between him and a woman from de Nobrega’s clan, intent on settling the civil war and bringing peace to Kongo. Just as Pedro III came to claim his future wife, however, it became apparent that de Nobrega disguised himself as the bride. Through this camouflage, de Nobrega came within steps of Pedro III, close enough to shoot and kill him. This left the throne at de Nobrega’s feet, and ended the Kongo civil war.

2. Primitive Military Weaponry Was Still Effective in a Modern World 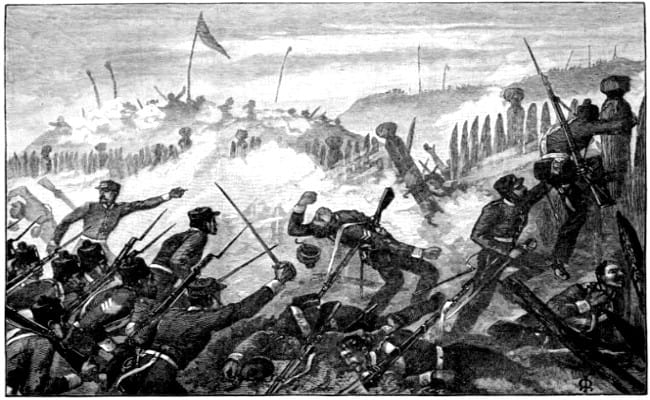 The US NATO forces were easily fooled by Serbian forces during the Kosovo conflict. While NATO was carrying out consistent airstrikes against the Serbian units in 1999, they believed they had destroyed a significant amount of tanks and decimated a majority of Serbian troops.

However, they were mistaken. The Serbian army resorted to using more primitive methods of attack to disguise their weaponry. They used milk cartons as missile launchers, formed logs into artillery guns, and created substantial bridge-like formations from basic plastic sheeting.

By the end of the attacks, the Serbian army were still mostly intact, fooling the US entirely.

Many countries’ armed forces used large posts disguised as trees to spy on each other. The French were responsible for the idea, starting the revolutionary trend in 1915. However, the British and the Germans quickly followed suit.

The steel “trees” had well-made exteriors, covered in bark and leaves to appear normal amongst other foliage in the area. Soldiers would sit atop of them in small seats as lookouts, using periscopes to spy on their enemies. While conditions weren’t optimal, the camouflaged concept worked and successfully helped all sides involved.