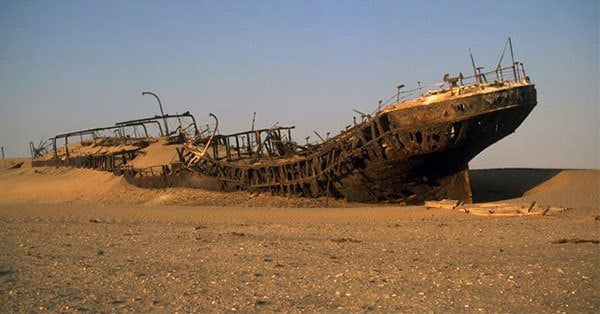 The Fate of the Bom Jesus

The Bom Jesus is a Portuguese East Indiaman, and experts have dated it to the 1530s. The East Indiaman was the type of ship used by explorers of the age to travel from Europe to Asia and back with exotic goods. Even though these vessels are of immense importance when it comes to learning more about the Age of Discovery, the Bom Jesus is only the second East Indiaman ever found intact.

Although the identity of the ship is not 100 percent certain, archaeologists are convinced it is the Bom Jesus which disappeared in 1533. On March 7, 1533, a number of ships sailed out of Lisbon, Portugal along the Tagus River, destined to visit Asia and trade with foreign merchants. It was supposed to be a grand adventure for the explorers as they began a 15-month journey.

Two of these ships were brand new and owned by the king; the Bom Jesus was one of them. It was captained by Dom Francisco de Noronha and carried a total of 300 people. The passengers included crew members, slaves, priests, merchants, and nobility. The problem faced by archaeologists and historians is the lack of written records regarding these ships. In November 1755, Lisbon was virtually destroyed by a combination of an earthquake, tsunami, and fire. The Casa de India was an important building as it contained documents such as charts, maps and shipping records relating to the Age of Discovery. It was destroyed in the disaster and left a huge hole in the history of Portugal.

A handful of documents survived however and included details of 21 ships destined for India that was lost between 1525 and 1600. The Bom Jesus was lost at the turn of the Cape of Good Hope and was the only one of the ships to sink anywhere near Namibia. Archaeologists believe the Bom Jesus was caught in a storm off the Cape. It was forced northward for hundreds of miles before running aground off the coast of Namibia. The vessel’s structure fell apart, and the treasure chest (later found by the miners) was in the captain’s cabin. It broke free and sank to the bottom of the ocean.

There is no way of knowing whether any of the crew survived. Excavators found human toe bones in a shoe which indicates that at least one person died. As they would be encountering winds of up to 80mph and gigantic breaking surf, getting ashore would have been nearly impossible. The only hope of the crew surviving is if the storm subsided long enough for them to make the shore.

Once ashore, survivors would still be in real danger since the wreck occurred in winter and they were likely exhausted and with no means of finding food on the uninhabited wasteland. The Orange River was 16 miles away and would provide a lifesaving source of water and fresh fish for anyone who made it that far. In reality, it’s likely that the Dom Jesus went down with all hands.

The aforementioned disaster of 1755 made it initially tough to identify the wreck, but archaeologists were able to put together the puzzle using the available evidence. Some of the coins found in the wreck contained the image of King Dom Joao III which were only minted from 1525 to 1538. At that point, the coins were recalled and melted down; they were never reissued. Clearly, the ship sailed at some point during the 13-year timeframe.

The next clue was the plethora of copper ingots found on board; a strong indication that the ship was on its way to India rather than making the return journey. As I mentioned above, the Bom Jesus was the only ship in the era that was lost near Namibia. A letter dated February 13, 1533, reveals the King sent one of his knights to Seville to pick up approximately 20,000 crusadoes’ worth of gold from a group of investors who had plowed money into the fleet bound for India.

Archaeologists also found a 16th century manuscript called Memoria das Armadas that contained illustrations of the ships in fleets that set sail for India in the era. On the page outlining ships from 1533, it has an image of a ship with the text â€˜Bom Jesus’ and â€˜lost.’

Hopefully, the experts working on the project will find important information about the Age of Discovery from the wreck. Perhaps ironically, the passengers of the Dom Jesus ran aground off the coast of a place filled with unimaginable wealth. In the early 20th century, a German explorer called Ernest Reuning made a bet with a colleague on how long it would take to fill a tin cup full of diamonds he found in the sand. It took 10 minutes.