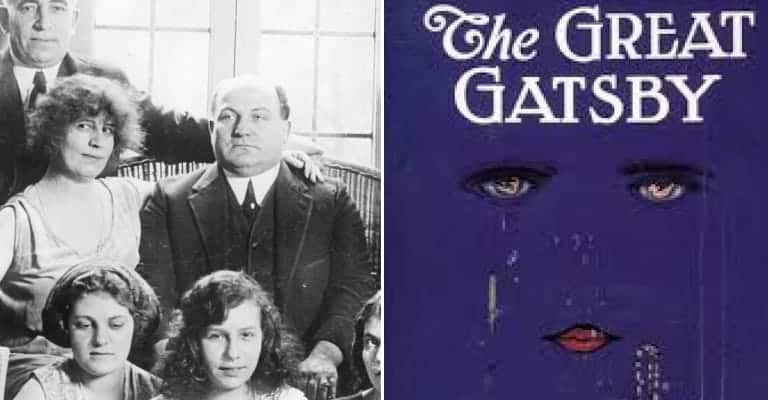 The Prohibition Era is a time like no other in American history. Prohibition officially went into effect in 1920, and within a year there was a massive rise in bootleggers. As the definition states, bootleggers were in the illegal business of making and selling alcohol. One of the thousands of bootleggers who made their mark in American history was no other than a United States lawyer known as George Remus. However, Remus would make history for more than just bootlegging throughout his tale.

An immigrant at an early age, Remus had more struggles in his early life than most people today. However, like most of us, he was looking for many of the same things. He wanted financial security, a successful career, and a family. Fortunately, for Remus, these things did come true. Not only did Remus become a pharmacist, store owner, and lawyer but he also became a well-known bootlegger in the Prohibition Era. In fact, Remus became so well known that he was and still is known as the “King of the Bootleggers.” During his life, Remus thought he was better than m and was known to refer to himself in the third person. Publicly, Remus became so famous that many people believe he is the inspiration behind F. Scott Fitzgerald’s character Jay Gatsby in The Great Gatsby.

George Remus was born in Germany on November 13, 1876, to Frank and Maria. Remus had one brother, Herman, and a sister named Frances. The family lived in Germany until Remus was around four years old, which is when they immigrated to the United States of America. The family moved around for a period of time before they settled in Chicago, Illinois. It was in Chicago where Remus excelled in his academics. Unfortunately, due to his father becoming disabled because of a disease, teenage Remus had no choice but to quit school and find employment.

Of course, just like the ambition Remus showed in school, he showed in his jobs. Remus did not settle for a job as a laborer; instead, he went to work in his uncle’s drug store and started dreaming about moving up the ranks. Therefore, Remus enrolled himself at the Chicago College of Pharmacy, where he excelled in his studies. At 21 years old, Remus bought the drug store from his uncle and continued to expand his business adventures by purchasing another drug store within a few years.

Even though Remus excelled in the drug store business, he always felt a bit forced into it and had acquired other professional tastes. Accordingly, he enrolled himself in law school. In 1904, Remus was admitted into the Illinois Bar, where he specialized in criminal defense with a murder focus. Like his academics as a child and in the drug store business, Remus excelled as a lawyer, and he quickly became a favorite attorney. By the beginning of Prohibition, Remus was making about $50,000 a year, which would be a salary of about $600,000 today.

Unknown to Remus as he entered law school, his new knowledge and career would give him a leap into becoming one of the most popular bootleggers in American history. Once the United States Congress approved the 18th Amendment in January of 1920, Prohibition had begun. However, for Remus, his career as a bootlegger would not start immediately. In fact, it took Remus a few months to start thinking about the bootlegging business. He did not become a bootlegger until he began to notice just how wealthy other bootleggers were. However, Remus knew that in order to escape any punishment for the crime, he would have to find loopholes in the law.

Therefore, Remus studied the law carefully and looked at every single detail he could. He read between the lines and even looked at other rules to see where he could find any loopholes. It was then Remus realized that he could get liquor for medical purposes, as long as it was bonded whiskey. Remus quickly came up with a plan. First, he moved to Cincinnati, where the majority of the bonded whiskey was located. The pharmacist slash lawyer then bought as many whiskey manufacturers as he could in that area. Once Remus had successfully set up this plan, he was in the business of buying and selling bonded whiskey to pharmacies, including establishing his own trucking company which transported the alcohol.

After establishing his plan successfully, Remus used his name and connections in Washington, D.C. to obtain permits for his business. It was not long until Remus became rich beyond his wildest dreams, even earning well over millions of dollars in one quarter within a year of starting his business. In fact, in today’s worth, he would have made roughly $33 million during this quarter. Of course, this is not the total Remus made selling bootleg whiskey, which is unknown.

By the time the law had caught up to Remus near the end of 1921, he had controlled the liquor sales in about nine states and paid about 3,000 employees. In fact, one of the ways Remus and some of his crew were busted was because the Bureau of Prohibition had bugged his hotel room. During this time, Remus had a meet with over 40 men who were working closely with him. These men included federal marshals, politicians, and prohibition agents.

While Remus believed he had successfully protected himself from any sort of punishment in his illegal business through connections and loopholes, he was wrong. Remus was convicted and charged with 3,000 counts in his bootlegging business. The courts quickly found Remus guilty and sent him to prison. For two years, Remus and his attorney appealed his convictions, working their way up to the Supreme Court. However, the Supreme Court sided with the courts and Remus had to stay in prison for his two-year sentence.

A Battle Between Husband and Wife

One day, Remus told an inmate that he had left his wife, Imogene, in charge of his assets and she was his Power of Attorney. Unfortunately, for Remus, this inmate had a secret that could ruin him, the inmate was actually an undercover prohibition agent. Once the inmate had received this news, he started an affair with Imogene, who began to fall in love with the secret agent and out of love with her husband.

As Imogene was suing for divorce from Remus, the affair blossomed between herself and the undercover agent. Together, they sold all of Remus’ assets and hid all the money they could so Remus would have no idea where the money was. Imogene then went further and tried to get Remus deported for his illegal actions, but this was not successful. Therefore, she hired a hitman to try to kill Remus, but again, this was unsuccessful.

Finally, Remus was out of prison and anything but pleased with Imogene. Not only did he find out that he was now broke, but Remus had also learned about the hitman and the attempt at deportation; meanwhile, he still had to go to court for the finalization of the divorce. While he was on his way to court for the completion of the separation, Remus had his driver run Imogene’s taxi off the road. Once she left her car and tried to escape on foot, Remus shot her to death. Today, Imogene is said to haunt the location, Eden Park, where she was murdered.

At the murder trial for Imogene, Remus acted as his own lawyer. Once again, Remus was able to use his legal knowledge to try to get out of prison. This time, it was more successful. In his trial, Remus pled guilty due to the reason of insanity. It only took about 20 minutes for the jury to side with Remus, and instead of being sent to prison, he was sent to the state hospital for the criminally insane. Then Remus turned around and appealed to the state hospital on the grounds that he was no longer insane. He won and only spent about two months in the state hospital.

The End of the King of Bootleggers

After Remus successfully got out of the state hospital in the late 1920s, he once again tried to get into the bootlegging business. However, he had found that it had been taken over by violent gangsters. The millionaire turned murderer then turned to real estate and worked the rest of his life to gain everything back that he had lost through his wife, Imogene. Nevertheless, Remus married for the third time and lived a mostly peaceful life until he suffered a stroke in 1950. He then passed away two years later from natural causes.