Medal of Honor: Peter Lemon Was High on Marijuana, While Single-Handedly Fought Off Two Waves of Vietcong 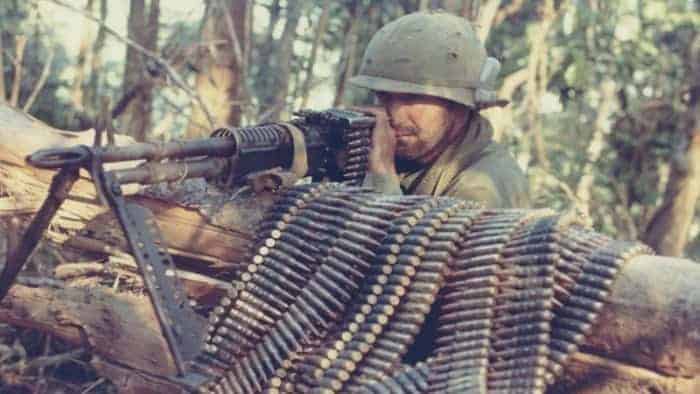 Medal of Honor: Peter Lemon Was High on Marijuana, While Single-Handedly Fought Off Two Waves of Vietcong

Born on June 5th 1950, Peter Charles Lemon is a recipient of the Medal of Honor for his gallant actions during the Vietnam War. As part of the US Army, Peter Lemon was part of the force sent to Vietnam to eliminate the threat of Communist forces.

His actions there were not only full of bravery and selflessness but also came at a time when most people fail to grasp their sense of surroundings rather than fight off two whole waves of Vietcong. He was awarded the Medal of Honor on April 1st, 1970 while he was stationed in Tay Ninh Province.

Peter Lemon however doesn’t keep the credit all to himself and dedicates the medal to three of his comrades who died fighting alongside him, Casey Waller, Brent Street and Nathan Mann. Lemon and his entire unit was busy partying, whereas he himself was stoned at the time their help was called in.

About the events that unfolded, Lemon says:

“we were all partying the night before. We weren’t expecting any action because we were in a support unit. It was the only time I ever went into combat stoned. You get really alert when you are stoned because you have to be.”

Born in Toronto, Canada, Peter Lemon, after serving his part in the US Army, got back into the academic world, getting a degree in Speech from Colorado State University in 1979. Two years later, he got a Master’s degree in Arts and Business Administration from University of Northern Colorado. For his extended interest in academics he was given the title of UNC’s “Humanitarian Alumni of the Year” in 1998. Interestingly, Lemon is the 8th youngest living recipient of the award and furthermore the only US citizen of Canadian origin to be given the medal for his actions during the Vietnam war.

Currently, Peter Lemon works as a motivational speaker. He has authored the book Beyond the Medal and also serves as an executive producer on Beyond the Medal of Honor, a PBS Special Series. Every high school in the US has been donated a copy of his book and documentary as inspiration to the young lot.

In addition, Lemon has also had his fair share in business. He runs a number of corporations including the American Hospitality Association, Probus Inc. and Darnell-Lemon Inc. For his rich professional and personal achievements, Lemon was presented the Outstanding American by Choice award in 2009 by President Obama. He made history just by accepting this award as this was the very first time anyone was given this award by the President. He has also been inducted in the Ranger Hall of Fame.

For conspicuous gallantry and intrepidity in action at the risk of his life above and beyond the call of duty. Sgt. Lemon (then Sp4), Company E, distinguished himself while serving as an assistant machine gunner during the defense of Fire Support Base Illingworth. When the base came under heavy enemy attack, Sgt. Lemon engaged a numerically superior enemy with machine gun and rifle fire from his defensive position until both weapons malfunctioned. He then used hand grenades to fend off the intensified enemy attack launched in his direction.

After eliminating all but 1 of the enemy soldiers in the immediate vicinity, he pursued and disposed of the remaining soldier in hand-to-hand combat. Despite fragment wounds from an exploding grenade, Sgt. Lemon regained his position, carried a more seriously wounded comrade to an aid station, and, as he returned, was wounded a second time by enemy fire. Disregarding his personal injuries, he moved to his position through a hail of small arms and grenade fire.

Sgt. Lemon immediately realized that the defensive sector was in danger of being overrun by the enemy and unhesitatingly assaulted the enemy soldiers by throwing hand grenades and engaging in hand-to-hand combat. He was wounded yet a third time, but his determined efforts successfully drove the enemy from the position. Securing an operable machine gun, Sgt. Lemon stood atop an embankment fully exposed to enemy fire, and placed effective fire upon the enemy until he collapsed from his multiple wounds and exhaustion.

After regaining consciousness at the aid station, he refused medical evacuation until his more seriously wounded comrades had been evacuated. Sgt. Lemon’s gallantry and extraordinary heroism, are in keeping with the highest traditions of the military service and reflect great credit on him, his unit, and the U.S. Army.