Marie-Thérèse Figueur Fought Across Europe… Under Her Own Name 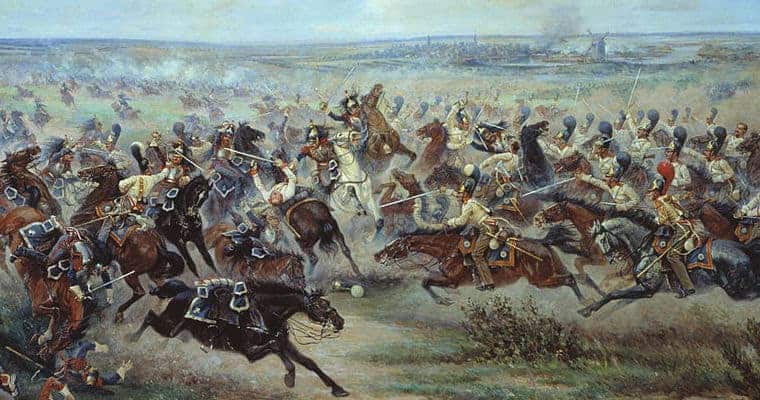 Marie-Thérèse Figueur Fought Across Europe… Under Her Own Name

The 18th-century was a hard time to be a woman in a lot of ways. Women were cut off from many occupations and expected to be first and foremost wives and mothers. Of course, women did live non-conventional -for the time- lives as writers, inventors, and intellectuals. In fact, some were even soldiers. Usually, women who served in the military did so by pretending to be a man. But with the French Revolution and its focus on radical equality, women found a new place openly fighting with men, albeit in small numbers. And one woman, Marie-ThÃ©rÃ¨se Figueur, was about to show that women could fight as well as anyone.

Figueur was born near Dijon, France in 1774 and was orphaned by age nine. She was sent to live with her uncle, who was an officer in a French infantry unit. The life of a soldier immediately appealed to the young Figueur. She first displayed her unique courage when her uncle was challenged to a duel by another soldier. On the morning of the duel, Figueur raced after her uncle to defend him and stop the duel. As she wrote in her memoirs, “Following them to an asparagus field which was to be their â€˜champ de bataille’, I wanted to seize their brandished sabers in my tiny hands.” The men, struck by the young girl’s courage, agreed to call the fight off.

Like many people, Figueur was swept up in the revolutionary fervor that gripped France in the 1790s following the French Revolution. Her uncle was a staunch monarchist, and when he took up arms in a counter-revolutionary uprising, Figueur went with him. Figueur had her own reasons for hating the French revolutionaries. She believed that her best friend, a Swiss drummer boy named ClÃ©ment Joseph Melchior Sutter, had been killed during the overthrow of the monarchy. Figueur immediately distinguished herself in action as not only a fearless soldier under fire but as someone completely unconcerned with social convention.

At a time when women were expected to be discrete and well-mannered in public, Figueur was just as quick with a dirty joke as any of the men in her company. Figueur soon earned herself a nickname: Madame Sans-GÃªne. It roughly translates as “Mrs. Without Embarassment.” But it was never meant as a condemnation of un-ladylike behavior. Instead, the nickname was an admiring statement on her supreme self-confidence. Figueur wanted to fight, and she didn’t care what anyone thought of her for it.

But in spite of Figueur’s courage, the cause was ultimately doomed. Figueur’s unit was quickly defeated in battle, and Figueur found herself a prisoner of war in Republican hands. Figueur’s sympathies seem to have shifted pretty quickly afterward, or perhaps she just wanted to get back in the field. Either way, the 19-year-old Figueur soon volunteered to join a cavalry unit in the Republican army. Now fighting with her former enemies, Figueur was sent to Toulon. There, she would see her first real action. And for the first- but certainly not the last- time, she would spill blood for France.

In 1793, French Royalists seized control of the town of Toulon. They then put out a call for aid to both the British and Spanish. Eager to see the flames of revolution extinguished before it spread to their own countries, both nations sent sizeable forces to support the Royalists. Realizing the threat, a Republican army moved to retake the city. Figueur’s cavalry unit was dispatched along with this army, and she soon found herself fighting outside the gates of the city. There, she had a chance meeting with a young artillery commander, Napoleon Bonaparte.

Figueur was soon wounded in an encounter with British troops and missed the conclusion of the siege. After a fierce midnight assault on the heights surrounding the city, the French moved up their artillery and prepared to bombard the city. Deciding the battle was lost, the foreign troops withdrew by sea. The city was now open to the Republicans, and a massacre followed as their troops violently suppressed the Royalist supporters of Toulon. Unhappy as she was to see what happened to the Royalists of the city, Figueur remained committed to the French cause. Her unit was then dispatched to Castres, where she trained as a dragoon.

Figueur learned to fight with the saber and with firearms, as well as perfecting her skills on horseback. Soon, Figueur was assigned to the Army of the Eastern Pyrenees and was sent to take the fight to Spain in the peaks that form the two countries’ border. The beginning of the campaign was a string of bitter defeats for the French. The Spanish smashed the French at the Battle of Mas Deu and captured the fort of Bellegarde, opening up the way for an invasion of France. The defeats took a heavy toll on the soldiers and the commanders, several of whom were guillotined for their perceived failures.

Through it all, Figueur distinguished herself as a brave soldier. Standing just 5 feet 4 inches, Figueur cut a diminutive figure, but she performed feats of courage that impressed her superiors. Twice her horse was shot out from under her, and she kept fighting. In another engagement, she even saved the life of one of the army’s generals. Her superiors offered to promote Figueur to corporal, but she declined, preferring to serve with her unit. She did accept a leave back to France near the end of the campaign and was married in 1796 to a cavalryman in the 8th Hussars.

When her husband was called to action, she went with him, joining the 8th Hussars. Rather than using her husband’s surname, she officially adopted her nickname. Records show that she re-enlisted under the last name SansgÃ¨ne. In 1798, the French invaded Switzerland and Figueur was assigned to the army leading the invasion. The war ended in a French victory, and the Swiss government was toppled and replaced by a more centralized republic under French influence. Figueur, meanwhile, was reassigned to a dragoon regiment fighting in Italy. And once again, her love of the soldier’s life would prove dangerous for Figueur.

In November 1799, Figueur’s unit was moving through northern Italy as part of a larger Republican army. Near Genola in Piedmont, the French encountered an Austrian army, and a battle ensued. Figueur and the other dragoons were immediately thrown into the action. The fighting was bloody as the French and Austrian cavalry clashed. Figueur took four slashes from a saber before her horse was once again shot out from under her. As the other dragoons retreated from the action, Figueur was captured by the Austrians. Luckily, in the confusion of the battle, she managed to escape back to French lines.

The battle was a shattering defeat for the French, and the army retreated back towards the border. Over the next few months, they turned their attention to hunting down the Swiss partisans fighting the French in the Alps. The bitter cold took a toll on the French, who began suffering the effects of disease. The climate strained Figueur’s health, already weakened by injury. In 1800, Figueur was allowed to retire with a generous pension of 200 francs. The money was double what the average soldier received, and reflected Figueur’s status as a hero of the army.

Once again, Figueur was bored by life outside of the army, and she re-enlisted in 1802. This time, she was stationed in a garrison in Paris. Instead of fighting, she found herself moving in the upper-class circles of society, an environment she seems to have found very uncomfortable. As a famous female soldier, Figueur was a curiosity to many people. She was eventually even invited to meet with Napolean Bonaparte himself and was given a job as an attendant to his wife. This lasted for about ten days before Figueur demanded to return to her unit.

Figueur returned to active service and fought in the campaigns in Germany, where she was wounded again. After another break to recover, she joined a unit of Imperial Guards to take part in the fighting in Spain. Her service in the country was short, and she was captured at Burgos. This time, she was sent to wait out the rest of the war as a prisoner in England. She returned to France in 1814, when Bonaparte was forced to abdicate his position as Emperor and sent into exile.

Figueur served in the cavalry once again after Bonaparte’s return in 1815. She missed the final battle at Waterloo but served as a stretcher-bearer in some of the last skirmishes near the capital. With the return of peace, Figueur decided to open a restaurant. In a shocking twist, she soon discovered that her best friend from childhood, the Swiss drummer boy she believed dead, was actually still alive. In 1818, the two married. Figueur spent the rest of her life out of the public eye, though she wrote a successful biography in 1842. She died in 1861 at 86. She remains a shining example of the fact that courage knows no gender.