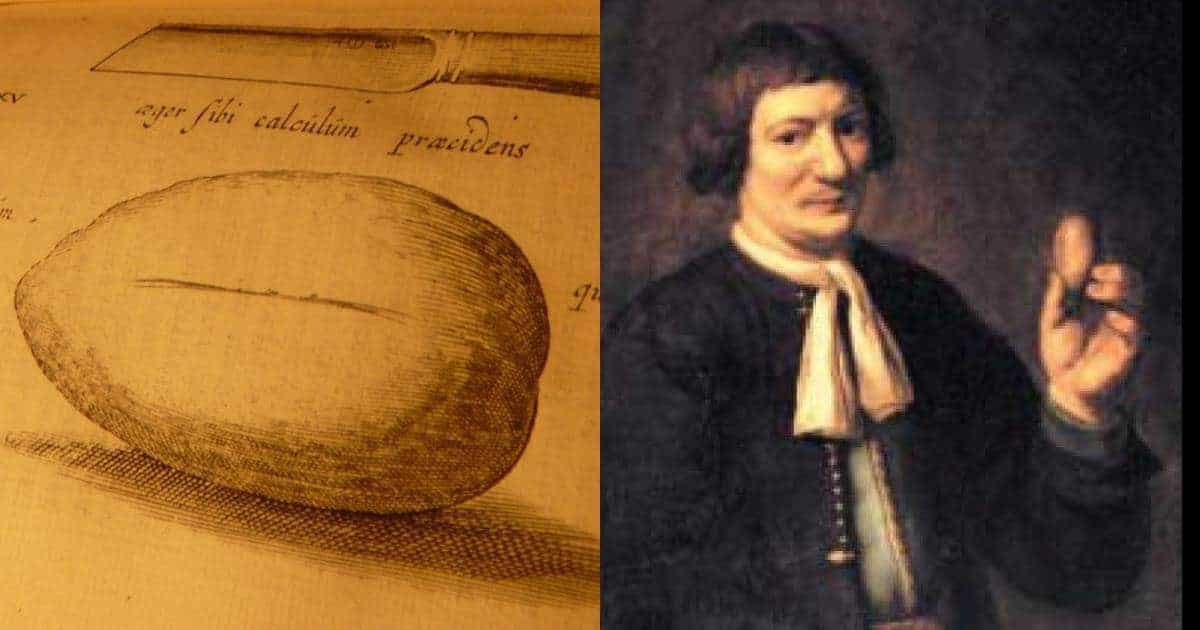 The Dutch were enthralled with the story of what Jan de Doot had done. Jan de Doot was also pretty impressed with himself and the story goes that he had the stone set in gold so that he could keep it and show others who wished to know his story. In 1655 he was painted by Carel van Savoyen and in the portrait he is holding the stone and the knife that he used for the procedure. This painting now hangs in the Portrait Collection of the Laboratory of Pathology at the University of Leiden.

Some doubt that the story happened exactly the way that Jan de Doot tells it. Even Observationes medicae suggests that ulcers would have formed and that it was remarkable that he was able to get the stone out with one hand and without the proper tools. In 1969 LJT Murphy wrote that it was unlikely the stone would have been so easy for de Doot to remove from the bladder. Instead he suggests that it is possible the stone may have come through the previous incisions that had been made (to remove the two previous stones) and was able to get into the subcutaneous tissue. If the stone had made it to the subcutaneous tissue it would have been easier for de Doot to cut it out with a knife and remove with his fingers.

Bladder stones are typically much smaller and are caused by an inability to empty the bladder completely. An enlarged prostate or damaged nerves can cause the bladder to not empty all the way. The urine that is left in the bladder starts to crystallize and turn to hardened stones. For the condition to be recurring in Jan de Doot it is very possible that he had an enlarged prostate or an untreated urinary tract infection that was causing inflammation.

Whatever the cause, Jan de Doot probably had a lot of explaining to do when his wife got back from the fish market.