The Man they Couldn't Cage: How One Officer Escaped During Both World Wars 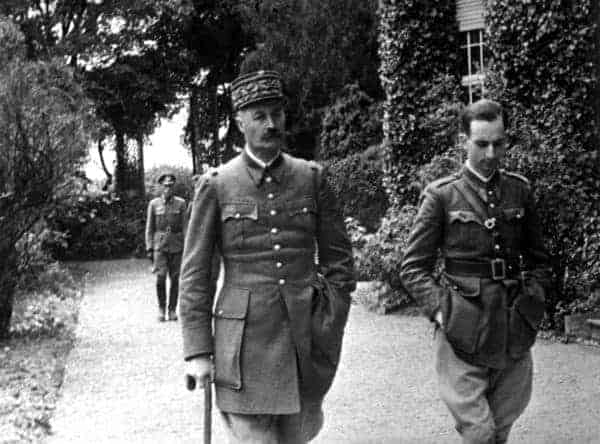 The Man they Couldn’t Cage: How One Officer Escaped During Both World Wars

The French scouting patrol was captured on 19 May and Henri soon found himself up in a military court. While he was acquitted of charges of war crimes, he was to be held as a prisoner of war at Koenigstein Castle, a high-security location reserved for high-profile Allied officers or men with a history of escape attempts. Clearly, this time getting away wouldn’t be so easy, but Henri was prepared to keep patient and play the long game.

Locked away in his castle, Henri prepared his getaway. From his cell, he studied German and committed a map of the surrounding area to his memory. He also made a 46-meter rope from beds heets, copper wire and anything else he could get his hands on. Then, having informed his family of his intentions in a coded letter home, on 17 April 1942, he made his escape, lowering himself down the sheer cliff of the mountain prison to his freedom.

Using his mental map for direction, he traveled overland to a nearby spa town, blending in by shaving off his mustache and donning a traditional Tyrolean hat. Once there, General Giraud met up with an agent from the British Special Operations Executive who provided him with fresh clothes, some local currency and new identity papers. The rest was up to Henri.

His initial plan was to make it to straight back to his native France by train – no easy feat since the German army was on high-alert for a tall 61-year-old French officer with a distinctive limp. Nevertheless, Henri took local trains, sometimes hiding in plain sight. According to one legend, he once narrowly missed being caught by the gestapo when a German officer travelling opposite him objected to a routine check of passenger IDs.

On another occasion, he boldly went straight past soldiers posted at a train station, blocking out excruciating pain to run without a limp in a successful attempt to appear like an ordinary businessman in a rush. However, even the quick-witted General Giraud couldn’t disguise his height so was forced to turn around and abandon his initial plan when he learned train guards in France were under orders to question anyone six feet or taller.

It was time, then, for Plan B, the train to Switzerland, a plan which he would have pulled off without a hitch had it not been for the tight security at the border. Undeterred, Henri headed into the woods and crossed the frontier on foot. But even now, securely in neutral Switzerland, his ordeal wasn’t over. The Germans, enraged that their high-profile prisoner had given them the slip once again, leaned on Switzerland to hand him over.

Despite the Swiss refusal, Henri felt it safer to move on again, this time to France. Switching between vehicles, Henri managed to drive back to his native land undetected and wasted no time reporting back for duty. He didn’t even waste time celebrating his new-found freedom with his long-suffering wife, instead posting her a simple telegram which stated: ‘Business concluded, excellent health. Affectionately, Henri,’ – the exact same message he had sent her 18 years earlier.

News of General Giraud’s audacious escape – his second from the Germans – was used to boost the morale of the French nation. Indeed, so annoyed with the Germans that the Gestapo even attempted to assassinate him but of course, could never get their man. Their loss was to be the Allies’ gain. Giraud would go on to assume leadership of the Allied Army of Africa and was at the table when de Gaulle, Churchill and Roosevelt met for the Casablanca Conference in January 1933.

Henri’s remarkable accomplishments, which he recounted in two volumes of memoirs, were recognized by France after the war. Henri entered into politics, though he remained a man of action, keeping his seat on the War Council right up until his death in March 1949.