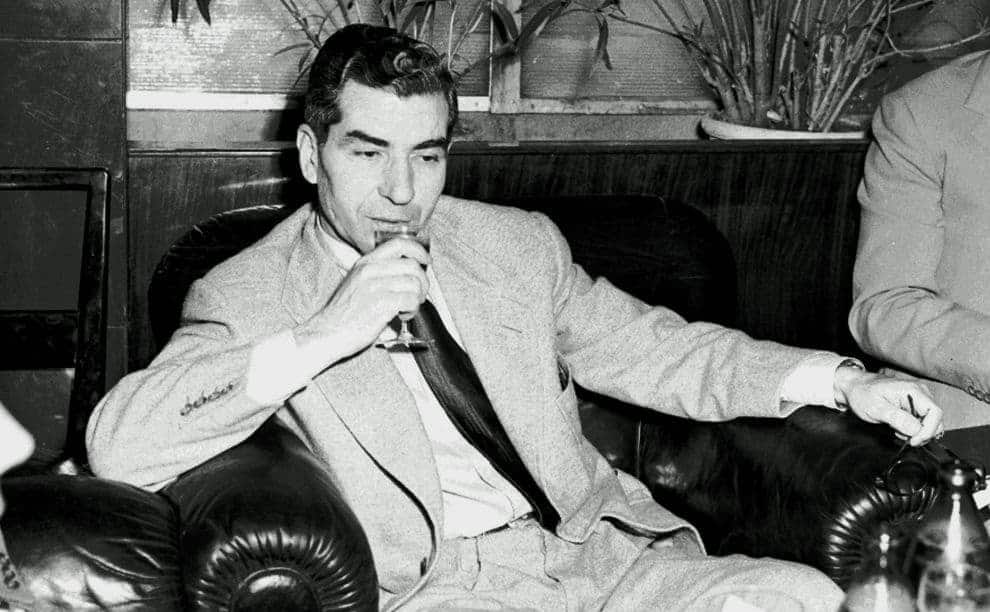 “Operation Underworld,” was a Naval Intelligence plan that called for operatives to make contact with Jewish and Italian organized crime figures and enlist their help in keeping the ports safe and productive. In New York, Joe Lanza, a member of the Genovese crime family was recruited and he, in turn, reached out to Luciano. Luciano agreed to help under the condition that he be released from prison early. This proved difficult; it required a long period of negotiation to work out a deal that both sides were satisfied with.

But once the deal was struck, Luciano put out word among his contacts that the Mafia would now take the lead in keeping the waterfront safe. Even from prison, his grip on the docks was powerful, as his family had infiltrated many of the unions of dockworkers and teamsters. Since the U.S. was at war with Italy, the Navy worried that there would be Mussolini sympathists among the Italian-American dockworkers. Luciano agreed that his men would keep an ear out for anyone voicing any pro-fascist opinions. Exactly what would have happened had they found any isn’t clear. Presumably, the Mafia would have handled it in typical fashion.

There’s no real evidence that the scheme had any effect in preventing sabotage attempts along the docks. In fact, there’s no conclusive evidence that the Germans or Italians made any serious effort to sabotage ships in New York’s ports. While there were undoubtedly Axis intelligence operatives in the US, and likely at least a few people on the docks who might have been secretly sympathetic to the Axis cause, it’s hard to say if the Mafia’s influence had any real impact in foiling their operations. Either way, there were no ships sabotaged in New York during the rest of the war.

With the Invasion of Sicily in 1943, Luciano’s efforts proved a bit more productive. He had contacts among the Sicilian Mafia, who even in 1943 had a lot of influence on the island. Mussolini had made serious and sometimes effective efforts to break the grip of organized crime on Sicily before the war. Now it backfired as many Sicilian Dons were eager to see his government overthrown. With Luciano’s help, they provided important intelligence to the Allies including maps, photographs, and many used their influence to ensure that the Allied troops met little opposition from the populace.

While it’s probably an exaggeration to say that Luciano was instrumental in the success of the invasion, he certainly tried to help. And with the war winding down in 1945, he made an official appeal to the Governor of New York, at this point the same Thomas Dewey who helped put him away, for clemency. It was granted, and Luciano was deported to Sicily. He continued to run his rackets from Italy and spent the rest of his life in a series of tangles with the law. Luciano finally died of a heart attack in 1962. His body was returned to New York, where it rests today in the city he both preyed on and briefly tried to protect.