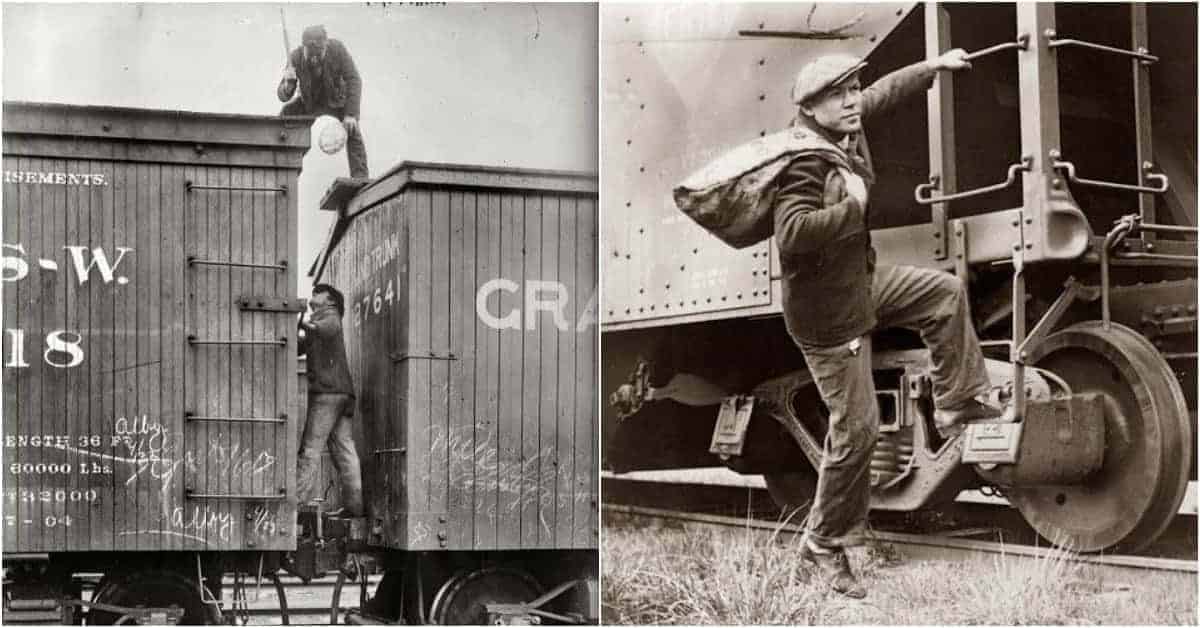 An Intimate Look Into the Life of Hobos

A hobo is a migrant worker or homeless vagabond. The term originated in the United States around 1890. Hobos, unlike ‘tramps’ or ‘bums,’ are traveling workers. The etymology of the term ‘hobo’ is unknown but it is believed that it could be derived from ‘hoe-boy’ meaning ‘farmhand’ or from a greeting like “Ho, boy!” Other possibilities are that it comes from the railroad greeting “Ho, beau!” or that it is an abbreviation of ‘homeword bound’ or ‘homeless boy.’

It is believed that the early hobos came into existence as a result of the end of the Civil War with many veterans hopping freight trains home. Men also hopped trains heading west to look for work. By 1906 there were roughly half a million hobos in America (.6% of the population at the time) and by 1911 there were 700,000. The Great Depression also resulted in a large increase in hobos.

Life as a hobo was difficult. The travelers were poor, hungry, and faced hostility from train crews and railroad security staff known as ‘bulls.’ Hopping on and off moving trains was also very dangerous. It was easy to get trapped between cars, and in bad weather, it was entirely possible to freeze to death.

Jeff Davis, in the early 1900s, was known as the King of the Hobos. He believed in fostering self-sufficiency among the men. In 1913, Davis opened the first Hotel de Gink in Seattle, a self-sufficient shelter where the men would cook, barber, tailor, and provide basic medical care for each other. Residents were expected to volunteer at the hotel for at least two days per week in exchange for lodging. The concept of these hotels spread across the country and by 1915, Davis opened a Hotel de Gink in New York City.

An ethical code was created by Tourist Union #63 during its 1889 National Hobo Convention in St. Louis Missouri. This code was voted upon as a concrete set of laws to govern the Nation-wide Hobo Body; it reads this way: