Lincoln's First Solution to Slavery Will Surprise You 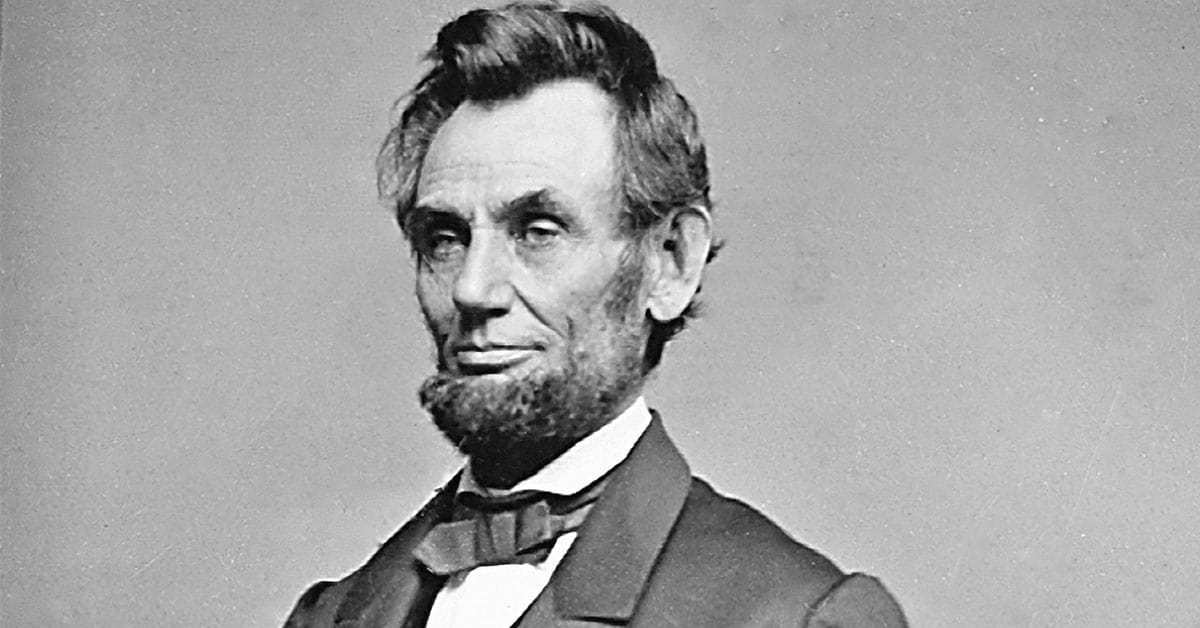 Lincoln’s First Solution to Slavery Will Surprise You

Prior to the American Civil War, the issue was of slavery was still very controversial both in the North and the South. The real issue between the late 1830s and mid-1850s was the expansion of slavery in newly formed territories and states. The problem was caused by the Three Fifths Compromise of 1787, as it stated that all slaves counted as three-fifths of people when the census was taken in order to determine representation in the US Legislature.

The South didn’t want more free states or territories added to the union, as that would dilute their pro-slavery caucus, and mean more pressure to end the institution of slavery. The arguments between the North (mostly pro-abolitionist) and South (mostly pro-slavery) continued for decades prior to the outbreak of actual fighting in the early 1860s.

This all culminated in the election of Abraham Lincoln in 1860. For years, Lincoln was a staunch abolitionist (though that is not a term he agreed with). There are so many quotes from Abe Lincoln about this issue it is hard to choose which one to present here. Like this one from a speech he gave to an Indiana Regiment in 1865: “Whenever I hear any one arguing for slavery I feel a strong impulse to see it tried on him personally.” Or perhaps this one from years before the war: “In the first place, I insist that our fathers did not make this nation half slave and half free, or part slave and part free. I insist that they found the institution of slavery existing here. They did not make it so, but they left it so because they knew of no way to get rid of it at that time.” (From the 1858 Lincoln-Douglas Debate).

The one that most captures the conflict prior to the Civil war is this one from a speech he gave in 1859 in Chicago, Illinois: “”I do not wish to be misunderstood upon this subject of slavery in this country. I suppose it may long exist, and perhaps the best way for it to come to an end peaceably is for it to exist for a length of time. But I say that the spread and strengthening and perpetuation of it is an entirely different proposition. There we should in every way resist it as a wrong, treating it as a wrong, with the fixed idea that it must and will come to an end.”

By the time 1860 rolled around, the Civil War was inevitable from the South’s point of view, while the North (and Lincoln himself) still thought there were peaceful solutions to the problem. In 1860, when South Carolina became the first of the Southern states to secede from the Union, there was no choice but for both sides to fight the war on the battlefield.

Before there became no choice, there were many attempts at a different solution for the problem that slavery posed. For the people and representatives that opposed slavery (of which there were many), there was no easy solution for ending slavery in the United States. Very few people thought that there was a solution that would end the institution of slavery overnight.

This is why for decades the US Legislature had organized hard-fought compromises not over the end of slavery in the United States, but over its spread to new territories and states. Only the most extreme abolitionists argued for an immediate freedom of all slaves in the US.

To go along with the arguments of how to end slavery is the problem of what to do with the newly freed slaves after they were granted their freedom. There was of course the argument that after freedom the freedmen would be able to be integrated and assimilated into society as equal members. And while this seems like the most equitable solution, it was seen as almost impossible by most everyone. It is one of the reasons why even moderate abolitionists looked askance at Senator Charles Sumner who gave an inflammatory speech in 1856 (He was later beaten with a cane by a southern congressman).

One of the paragraphs of his speech read thus: “The senator from South Carolina [one of the authors of the Kansas-Nebraska Act] has read many books of chivalry, and believes himself a chivalrous knight with sentiments of honor and courage. Of course he has chosen a mistress to whom he has made his vows, and who, though ugly to others, is always lovely to him; though polluted in the sight of the world, is chaste in his sight — I mean the harlot, slavery. For her his tongue is always profuse in words. Let her be impeached in character, or any proposition made to shut her out from the extension of her wantonness, and no extravagance of manner or hardihood of assertion is then too great for this senator.”

Another possible solution was posited in the early 1800s. Basically, the premise was that slaves would be freed, and then they would be sent to Liberia, Africa. There were many who agreed with this solution, so much so that a society was founded in 1816 called the American Colonization Society or ACS.

The ACS was founded by Robert Finley (The President of the University of Georgia), and was meant to support the establishment of a colony in LIberia, where freed African-American slave could be sent after their emancipation. The colony was actually started in 1821 years after Finley’s death.

The society was filled with members from several abolitionist groups that were each opposed to each other on how to go about abolishing slavery. It was made up of evangelicals and Quakers, mostly, who believed that once freed, former slaves would have a better life in Africa than they would if they were freed and left to fend for themselves in the United States.

Surprisingly, one of the most prominent supporters of the colonization idea was Abraham Lincoln himself, though his support did not last long. Between 1840 and 1854 or so, Lincoln advocated the ideals of the ACS, believing that freed slaves just wouldn’t fit in if they remained in the United States.

Historians have debated for decades whether or not Lincoln’s motivations behind support for the ACS was racially motivated or not. Historian Michael Vorenberg argues in the Journal of the Abraham Lincoln Association that Lincoln’s support of the ACS was more politically motivated. He writes that “His strategy was to propose colonization to sweeten the pill of emancipation for conservatives from the North and the border states, the slave states that did not secede during the Civil War; at the same time, he used political manipulation to prevent radicals from thwarting the colonization program and thus jeopardizing his ultimate goal of making emancipation an acceptable war aim to the Union cause.”

Whatever his motivations, he did in fact support the colonization of freed African-Americans for many years. That all stopped in 1854 when he gave a speech in Peoria, Illinois when he said that he believed that (while a great goal), colonization was simply too big a task for the country to undertake, and that complete emancipation and assimilation would be the only conceivable route available for the abolitionist cause.

In the end, the entire concept proved unnecessary, as the Civil War was fought not over what to do with freed slaves after emancipation, but whether or not to free them in the first place.

It is almost inarguable that after a certain point, the Civil War became inevitable. Despite the constant compromises, there was really little room on either side to negotiate. One side wanted to eventually end slavery while preserving the Union, while the other side was completely opposed to any mention of the end of slavery. Violence was going to happen, one way or another, as compromise was supremely unlikely.

Lincoln knew this. He knew while he was running for office, but from some of his speeches, you might think he didn’t care that much either way. His goal, especially once the war broke out, was to preserve the union at all costs. Emancipation was a secondary goal. Whether he continued to support eventual colonization after emancipation while President of the United States is something that historians disagree on. Some suggest that despite knowing that it was near impossible, he still believed that it was the right thing to do in the end; while others believe that he was a realist and dropped the matter entirely in 1854.

In the end, over 600,000 people were killed in the Civil War. Most historians will tell you that slavery (and economics) was the major cause behind the Civil War. It remains the deadliest war the United States has ever fought, and its aftermath is something that some argue is still being felt to this very day. Emancipation of African-American slaves, and their assimilation into American society and culture was something that took decades worth of effort. That effort culminated in the 1960s when their descendants brought forth the fight for equality during the Civil Rights movement.