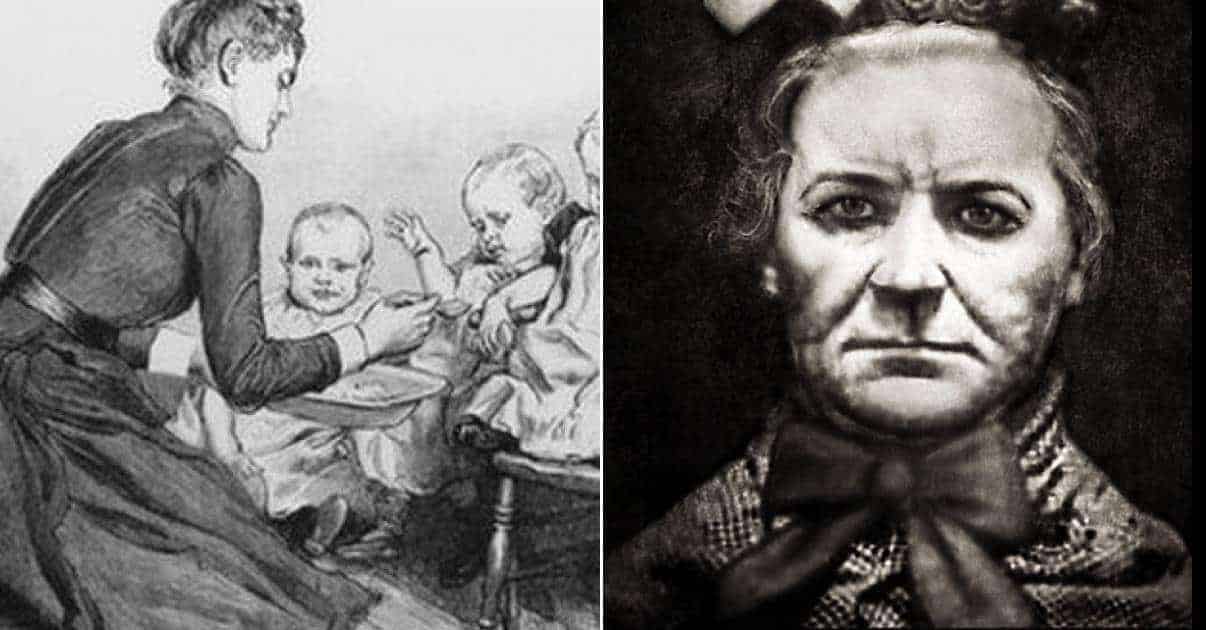 Amelia Dyer was placed on trial for the murder of three babies. On May 22, 1896, a jury found Dyer guilty within 4 ½ minutes. During the next three weeks, she filled five notebooks with her “last and true confession.” Amelia Elizabeth Dyer was hung at exactly 9 am on June 10, 1896. While 14 murders have been directly linked to Dyer, experts believe that she murdered over 300 babies during her career as a baby farmer.