Life Hacks from the Past that Mostly Still Work Today

Life Hacks from the Past that Mostly Still Work Today 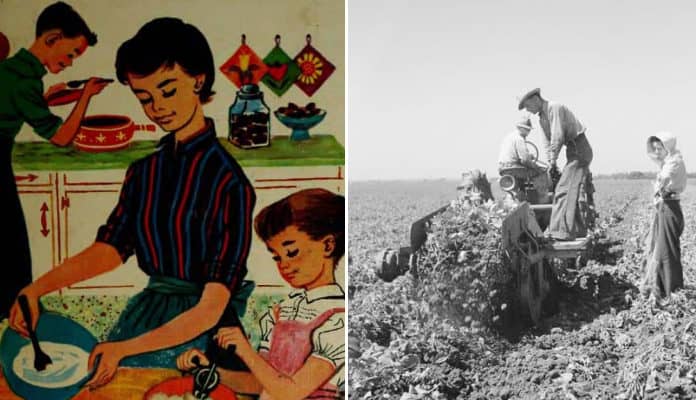 A lifehack is a process or action which makes life easier, eliminating or making bearable the chaos which ordinarily makes life frustrating. The word is relatively new, but the process it describes is as old as humanity. It can be a shortcut for managing daily activity, a tip on how to complete a task quickly and with a minimum of discomfort, or a trick through which a problem is circumvented. In other words, humanity has been developing and using lifehacks since time immemorial. As it says in Ecclesiastes 1:9 there is no new thing under the sun (KJV).

Back in the early 20th century, cigarette packagers included cardboard inserts in their packs, used to stiffen the sides and keep the cigarettes from being crushed. Some decided to include pictures on the cardboard in the belief that obtaining the entire set would entice smokers to continue to purchase their brand of cigarettes and the industry of baseball cards was born. Others printed directions on unusual means of solving mundane problems. Newspapers and magazines printed such tips too, and they survive down through the ages, some of them simple and some no longer really necessary. Since celluloid collars and cuffs are no longer in vogue, for example, removing stains from them is no longer much of a concern. But many old tips survive. Here are just a few.

The housewife of yesteryear wasn’t able to grab a can of furniture spray polish and in a few strokes restorea piece it to a deep sheen. And it was very much the housewife’s responsibility to do so, unless she was fortunate enough to have a husband who agreed to employ a maid. Many did, the number of servants employed by a household was often a sign of class standing. Even if a maid was employed, it was still the wife’s role to ensure her husband’s house was presentable at all times, and without the myriad of household products available today inventiveness was often necessary to assist her in her tasks.

To make a polish which made the heavy wooden furniture and wooden highlights throughout the house glow, paraffin, which was readily available, was mixed with vinegar (the versatility of vinegar is itself an ancient lifehack). The solution was roughly half and half, and to mask the smell of the vinegar some drops of citrus, or other essence such as rosewater would be added. The concoction was applied to wood with muslin cloth, or other cloth, and polished dry. The wood was cleaned by the vinegar, polished by the paraffin, and though a husband might not have noticed the effort, he was at least offered no reason for displeasure with his wife.